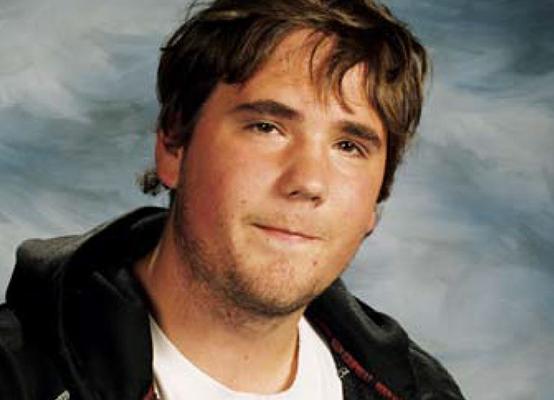 Lucas Shortreed, 18, was struck and killed by a vehicle outside Alma 14 years ago. Advertiser file photo

MAPLETON – Almost 14 years after 18-year-old Lucas Shortreed was struck by a car and left to die on the side of a road near Alma, police have charged two Wellington North residents in connection with his death.

Shortreed had left a party in Alma and was walking east on the shoulder of Wellington Road 17 at about midnight on Oct. 10, 2008.

The vehicle fled the scene and Shortreed was pronounced dead a short time later.

“For the past 14 years, investigators with the Wellington County OPP have followed up on over 100 tips and investigated hundreds of similar vehicles as they worked to locate the involved vehicle and determine its driver,” police stated in press release on Sept. 21.

The OPP executed a search Wednesday morning at an address on Sideroad 21 in Mapleton Township – just one road north of Wellington Road 17, where the incident occurred 14 years ago.

“Two people were taken into custody and a vehicle was recovered from the property,” police stated.

David Alexander Halliburton, 55, of Arthur Township, was charged with failing to stop at the scene of an accident involving bodily harm or death and obstructing justice.

Anastasia Marie Halliburton, 53, of Arthur Township, was charged with accessory after the fact (to commit an indictable offence) and obstructing justice.

Both have also been charged with having knowledge of unauthorized possession of a weapon and careless storage of a weapon, prohibited device, or ammunition.

Both will appear in Guelph court.

“I am extremely proud of the many officers with the Wellington County OPP who have worked countless hours over the past fourteen years investigating this serious matter which has had such a great impact on our community,” stated Wellington County Inspector Steve Thomas.

“Today’s events mark an important step in bringing those responsible for Lucas’ death to justice.” 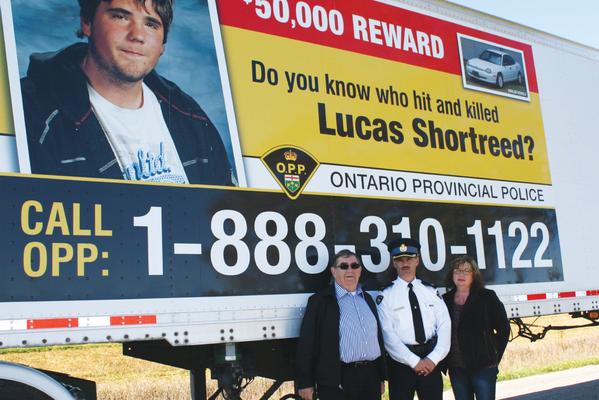 The OPP and Shortreed’s family launched an appeal for information in the hit-and-run case in 2013. Advertiser file photo

In 2013, five years to the day Shortreed died, his mother Judie Moore led the call for more information at a press conference hosted by the OPP just a short distance from Wellington Road 17.

“My biggest [concern] is that person (the driver) doesn’t have a conscience,” Moore told the Advertiser at the time, after making an emotional statement at the press conference.

“Are they out there driving a vehicle today, so what’s to say it doesn’t happen again?”

Shortreed’s death and the lack of an arrest in the case have left their mark on the family, Moore added at the 2013 press conference.

She said family members rarely get together because of a reluctance to have the topic come up at gatherings.

Moore noted at the time that the family still clinged to the hope the driver will come forward and confess – or that police will receive information that leads to charges and a conviction to help bring some sense of “closure” for the family.

Four years ago, in 2018, then-OPP inspector Scott Lawson reaffirmed the OPP’s commitment to finding the person(s) responsible for Shortreed’s death.

Police say that despite the charges, the investigation continues, under the direction of the OPP Criminal Investigation Branch, with assistance from the Regional Support Team, Forensic Identification Services, Emergency Response Team and the OPP Victim-Centred Approach Team.

Tip providers may be eligible to receive a cash reward of up to $2,000.