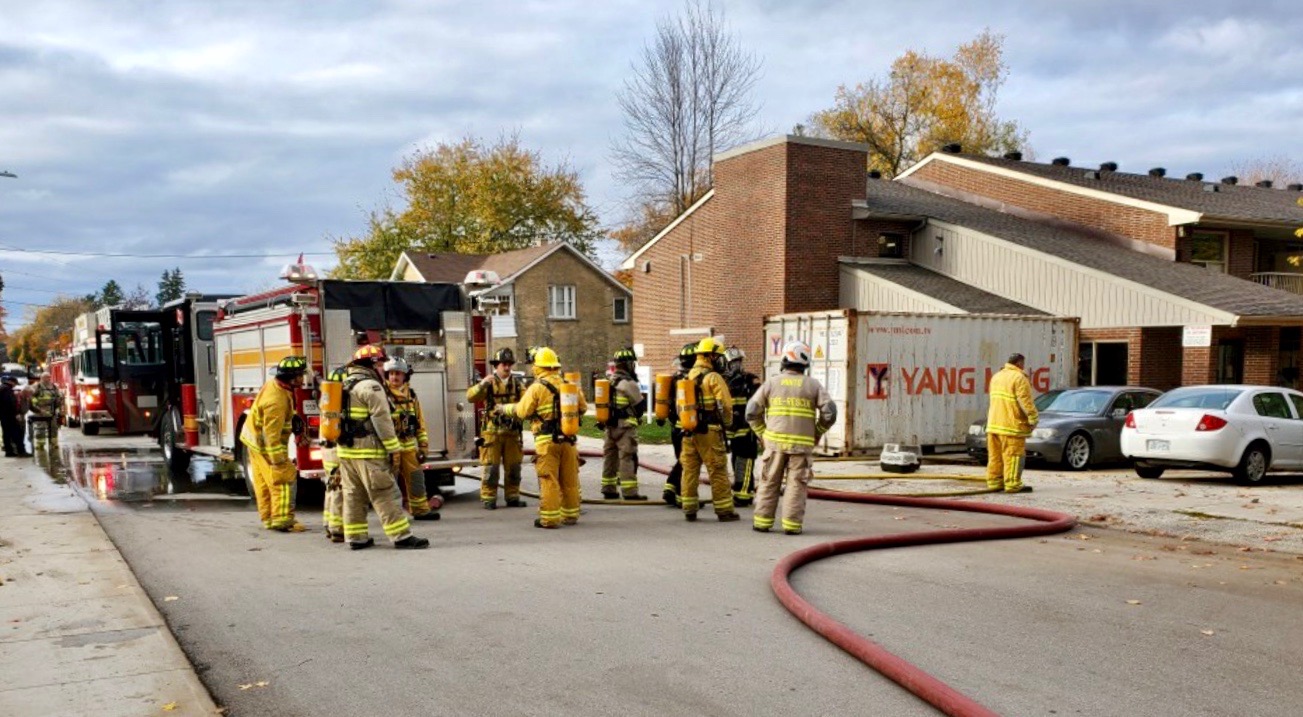 HARRISTON – Two residents of a John Street apartment complex were taken to hospital and treated for smoke inhalation following a fire here on Oct. 20.

About 30 firefighters from all three Minto stations (Harriston, Palmerston and Clifford) responded to the call, which came in around 3:45pm

Minto Fire Chief Chris Harrow said a tenant in the building, who came to help the occupant of the burning apartment, called 911.

Firefighters were on scene for about an hour and a half.

Harrow said damage was contained to one apartment unit, which sustained heavy smoke and water damage.

“The residents were allowed back into their units after we gave the all clear,” said Harrow.

He said the cause of the fire, which appears to have started in the living room area near a water cooler, was accidental.

The chief added the Ontario Fire Marshal was consulted because two residents were taken to hospital.