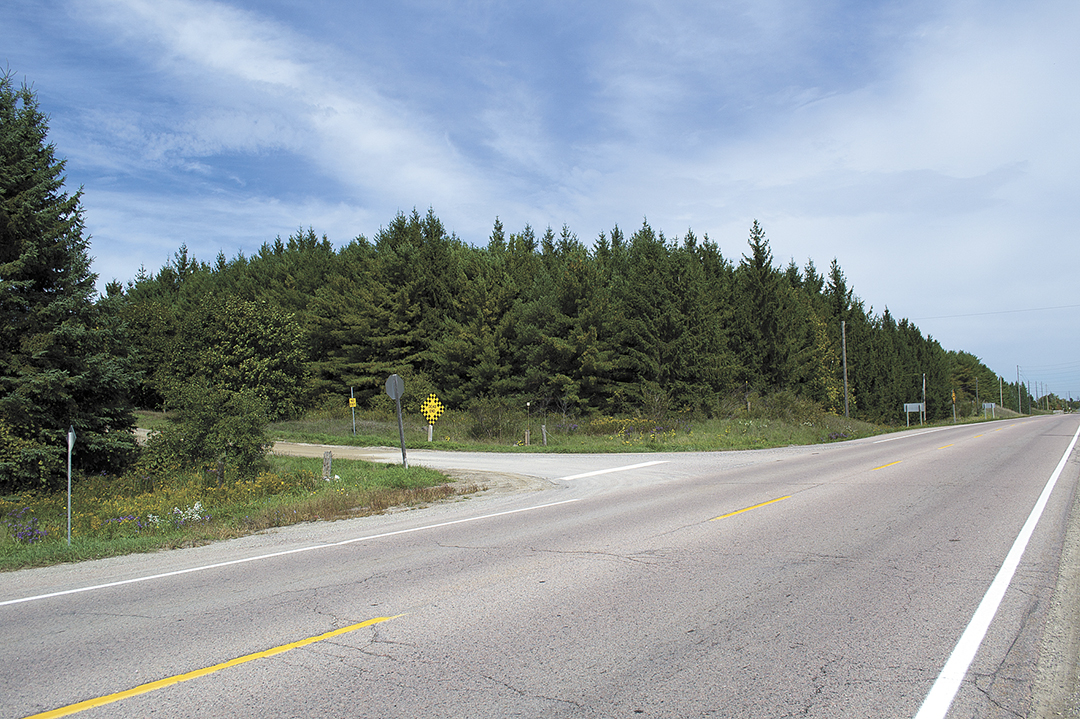 ROCKWOOD – After eight years, the “hidden quarry” near Rockwood will be allowed to proceed.

The Local Planning and Appeals Tribunal’s (LPAT) long-awaited decision was issued on Feb. 11.

James Dick Construction Limited (JDCL) officials are pleased with the outcome, while representatives of the Concerned Residents Coalition (CRC) and Guelph-Eramosa Township are disappointed.

JDCL has owned the 39-hectare property at the northeast corner of Highway 7 and 6th Line, south of Rockwood, since 1989.

“The site is underlain by dolostone bedrock, a provincially significant resource used in the manufacture of high quality concrete and asphalt,” stated LPAT member Scott Tousaw in his final decision.

JDCL first applied for a bylaw amendment to allow aggregate extraction on the site in 2012. When Guelph-Eramosa failed to make a decision in the required two-year window, the company appealed the non-decision to the LPAT in 2015.

The Ontario Municipal Board hearing was put on hold in the fall of 2016 when it was discovered the bylaw to which the application referred was repealed and replaced earlier that year by the township.

JDCL filed another application to both Guelph-Eramosa and Wellington County at the end of 2016. Neither municipality made a decision in the allocated timeframe so the LPAT hearing was held in July of 2019 over six weeks.

Tousaw’s decision was not made until Feb. 11.

However, the go ahead from Tousaw comes with two pages of conditions, including the creation of a community liaison committee funded by JDCL that will regularly meet with residents and explain what the company is doing.

“It’s detailed, but there was a lot of detail in the hearing,” Sweetnam said. “The hearing went on for 28 days or something like that.

However, both the township and the CRC seemed to be taken by surprise on Feb. 11 – and both were having their lawyers look at the document before much could be said.

“Bottom line is (the) township’s been opposed to this; we don’t think it’s good for the community, we’re disappointed in the ruling and we’ll be looking to our legal team to reveal … what the ruling requires the municipality to do,” Guelph-Eramosa Mayor Chris White said on Feb. 11, just hours after the statement was released.

CRC president Doug Tripp said the group’s legal counsel and board of directors were reviewing the ruling to figure out how the decision was made, and a meeting was planned for the following evening.

“I guess it goes without saying that we’re deeply disappointed,” Tripp said.

The CRC provided numerous presentations to Guelph-Eramosa council indicating opposition to the quarry. The group also fundraised for years to pay for experts and a lawyer to fight the quarry at the LPAT hearing.

“These things cost a lot of money and we’re still dealing with the cost of the process itself,” Tripp said.

Tousaw explains in his ruling that his decision came from the “basis of the reasonable assignment of risk.”

“There is never ‘no effect’ on the environment from development, but if risk can be assigned to the economic endeavour in such a way as to protect the environmental features and functions at the standard of the legislative tests, then a development may proceed,” he stated.

Ultimately, Tousaw ruled that certain “threshold issues” met the legislative tests for approval of the quarry, including:

In his ruling Tousaw also called out Wellington County for not providing a planning report.

“Somewhat perplexing to the tribunal was the absence of a planning report from the county, despite the number of years these applications were in process,” Tousaw wrote. “The consulting planners were not aware of a county planning report and were unable to refer to one in evidence.

“The tribunal finds this void unusual and unhelpful when the views of the upper tier approval authority, at least as expressed by its staff conversant with the [county official plan], are unknown.”

Sweetnam indicated the dolostone bedrock will be used to build high-quality structures throughout Ontario that will last years.

The rock will be extracted at a rate of 700,000 tonnes annually, with the quarry expected to operate for 20 years.

“I think everyone in Ontario wins by having this material available to us all to make sure that we’re building the best quality infrastructure that we can,” he said.

“The best way to conserve aggregates is to build a structure that lasts a long time in the first place so we don’t have to keep ripping it down and rebuilding it over and over … through history.”

Sweetnam said the challenge going forward is to build “bridges” with the community.

“Every time there’s local opposition to a site you have to rebuild the trust with the local community and I think that’s a challenge that we’ll rise to and I think as the site rolls out … we’ll be able to get people back on board and they’ll realize that we’re not a big bad gravel company but we’re actually a strong community player and … trying to help our society function.”