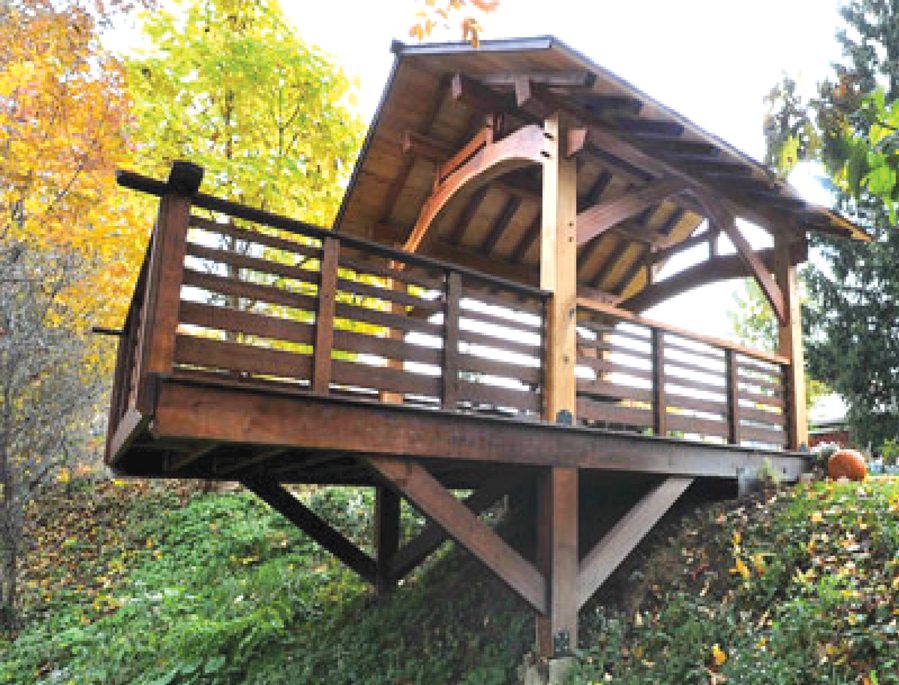 An overlook adjacent to Riverview Drive will be a part of planned new park along the Conestogo River in Drayton. Mapleton council agenda image

DRAYTON – A partnership with the Drayton Rotary Club to create a new nature-focused, accessible, multi-use park here has been approved by Mapleton council.

The plan to develop parkland donated to the township by Prior Construction was outlined by parks and facilities manager Lucas Rogerson at the Oct. 12 council meeting.

It involves the township financing the $100,000 up-front cost of the project on the understanding the club will reimburse the town for the full amount over a five-year period.

“This is certainly another gem for Drayton,” said Rotary Club president Bob Bignall at the meeting, which was held at the Alma Community Centre.

In June the township announced the acquisition of parkland off Queen Street. The township bought the property from Prior Construction for $1.

The land had previously been sold to the developer by the municipality for the same amount several years ago, with the intent to use the property as part of a golf course.

A staff report from Rogerson explained the land, adjacent to the Conestogo River, is located within the GRCA flood plain.

The report states “Annual flooding, greenspace and informal nature trails, as well as the proximity to residential properties, provide a unique platform for nature-focused parkland development.

“By utilizing current informal trails to establish a new formal trail system, similar to the Wellington trail system, we will expand Mapleton’s trail offerings and align with council’s strategic plan of promoting a walkable community.”

A large playground structure will be a feature of the new facility.

The pathway from the parking lot to the playground will be compliant with the Accessibility for Ontarians With Disabilities Act (AODA), while the nature path is exempt from AODA regulations, the report notes.

Pollinator gardens, as well as memorial trees and commemorative benches could be part of future plans, the report adds.

Rogerson explained the idea grew out of a proposal by the club to build an overlook adjacent to Riverview Drive.

“Further discussions indicated they would be interested in a larger scope,” the report notes.

After securing a quote for a playground, drafting a design plan and presenting it along with the ideas for the lookout (for which they have already raised the funds), Drayton Rotary committed to funding $100,000 over five years for the project.

Earthscape Play, a Wallenstein-based natural playground design and build company, was approached by the township for input on the project.

“A display model was on site which suited the scope of the project. A quote was prepared with Earthscape providing a donation in the form of a discount of $55,000 off the ($100,000) price of the play structure,” the report explains.

“We are really excited to partner with Mapleton to get something like this in our own backyard to see it and evaluate it,” said Geoff Rhebergen of Earthscape Play.

“Typically, we build large-scale destination playgrounds. But we are getting into the smaller community playgrounds.”

He added, “From Earthscape’s perspective, as we’ve donated this one piece, we are continually developing things and if it’s something that we can partner with in the future and something else that comes up that we’ve built and we want to find a home for … we’re open to finding someone that’s able to work with us, whether that’s in this Queen Street one or potentially another park.

“We have things that we build, and we test and if we can get them in real playgrounds to use we’d love to be able to do that again.” 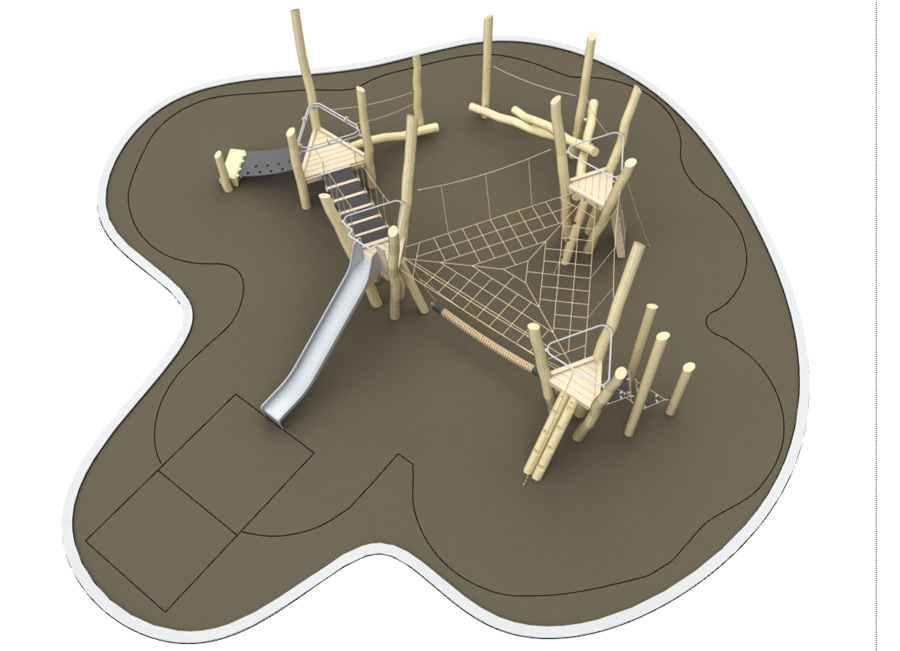 A log tangle designed and built by Wallenstein-based Earthscape Play will be part of a planned new park in Drayton. Mapleton council agenda image

Bignell explained the Rotary Club plans to raise the money for the project primarily through fundraising campaigns, sponsorship and grants.

In addition to existing fundraisers, the club is considering several new ones, such as hosting tribute shows at the Drayton Festival Theatre.

“Sponsorship we’re expecting to be very strong for this project,” added Bignell.

“We’ve just finished the ABC Park washrooms. So now that we’re finished with that, we’re ready to take on a new challenge.”

“I love this project … the log tangle is just very on-trend right now too, and it will match the location perfectly,” said councillor Marlene Ottens.

She suggested council consider contributing an additional $25,000 from reserves to “add some of those last little bells and whistles,” such as trail signage, benches and picnic tables.

Rogerson pointed out “this platform that we’ve set up leaves lots of room for expansion and ideas,” which could be incorporated at a later point.

“I would hesitate to put a number on it until we get a shortlist of what we actually need,” said councillor Michael Martin, who suggested a staff report could be prepared detailing possible additions.

Council passed a motion receiving the report and “fully endorsing” the partnership with the Drayton Rotary Club.

The motion also calls for council to enter into an agreement to finance the project up front, with the understanding the club with reimburse the township at the rate of $20,000 annually for five years.

“This park is going to be a wonderful addition to the Township of Mapleton,” said Davidson.