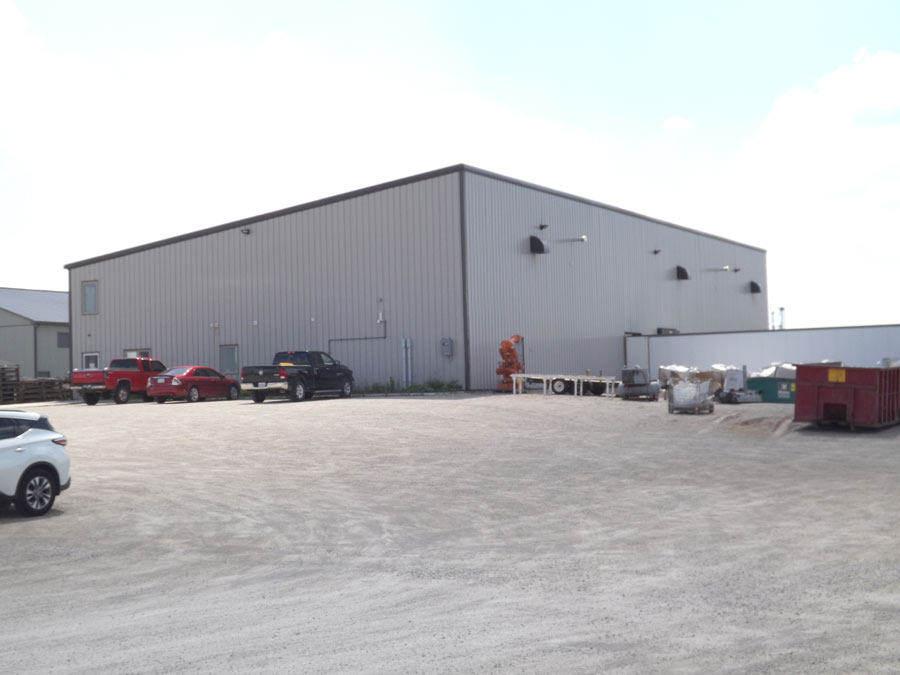 Cannabis plans - Tucker Industries has applied to set up a cannabis growing facility at its Palmerston Industrial Park location. Photo by Patrick Raftis

MINTO – A zoning change that would bring the number of planned cannabis-growing operations in the Palmerston Industrial Park to three has been approved by town council.

On July 2, Minto council passed a bylaw approving a zoning change for a property owned by Tucker Industries.

The amendment permits  the indoor cultivation of cannabis for commercial sale by a licensed producer, subject to approval and licensing by Health Canada under the Cannabis Act or subsequent regulations.

The company currently has eight full-time employees, including a mechanical designer, controls specialist, machinists and fabricators.

The company has announced its intent to diversify into legal cannabis cultivation, processing and equipment industry through the formation of Mont Vert (MV) Technologies. The new venture will also be at 135 Minto Road, Palmerston.

A report from Wellington County senior planner Michelle Innocente notes the subject property is approximately 1.35 hectares (3.34 acres).  The applicant is planning to use the existing 975.5m2 (10,500 ft2) building on the property for the cannabis facility.

However, the company states, “We do not intend to reduce our existing operations due to this diversification.

“As we approach final approval from Health Canada we intend to lease two additional separate facilities, ideally within the Town of Minto, to allow for the continuation of operations in our fabrication and custom machine building business. There will be no job losses,” Tucker Industries owner Jason Montgomery stated during a public meeting on the proposal.

“We note that facility will be entirely indoors, and will include typical components associated with an industrial use such as shipping, receiving, loading, truck and employee traffic, deliveries, etc., which are appropriate in an industrial area,” the county report notes.

“The inclusion of indoor cultivation is compatible in an industrial area and involves many of the same supportive activities.”

The Tucker Industries operation will be the third proposed cannabis growing operation in the Palmerston Industrial Park.

Montgomery explained that, as of May 8, Health Canada is requiring all new applicants for such facilities to have a “fully built-out” facility at the time of application. He said this requirement could potentially speed up the approvals process for those with buildings in place.

Montgomery also noted the planned facility will meet all security and zoning requirements.

“First and foremost, the Town of Minto is our community,” he stated. “Our priority will be to impact the community positively with every decision we make.”