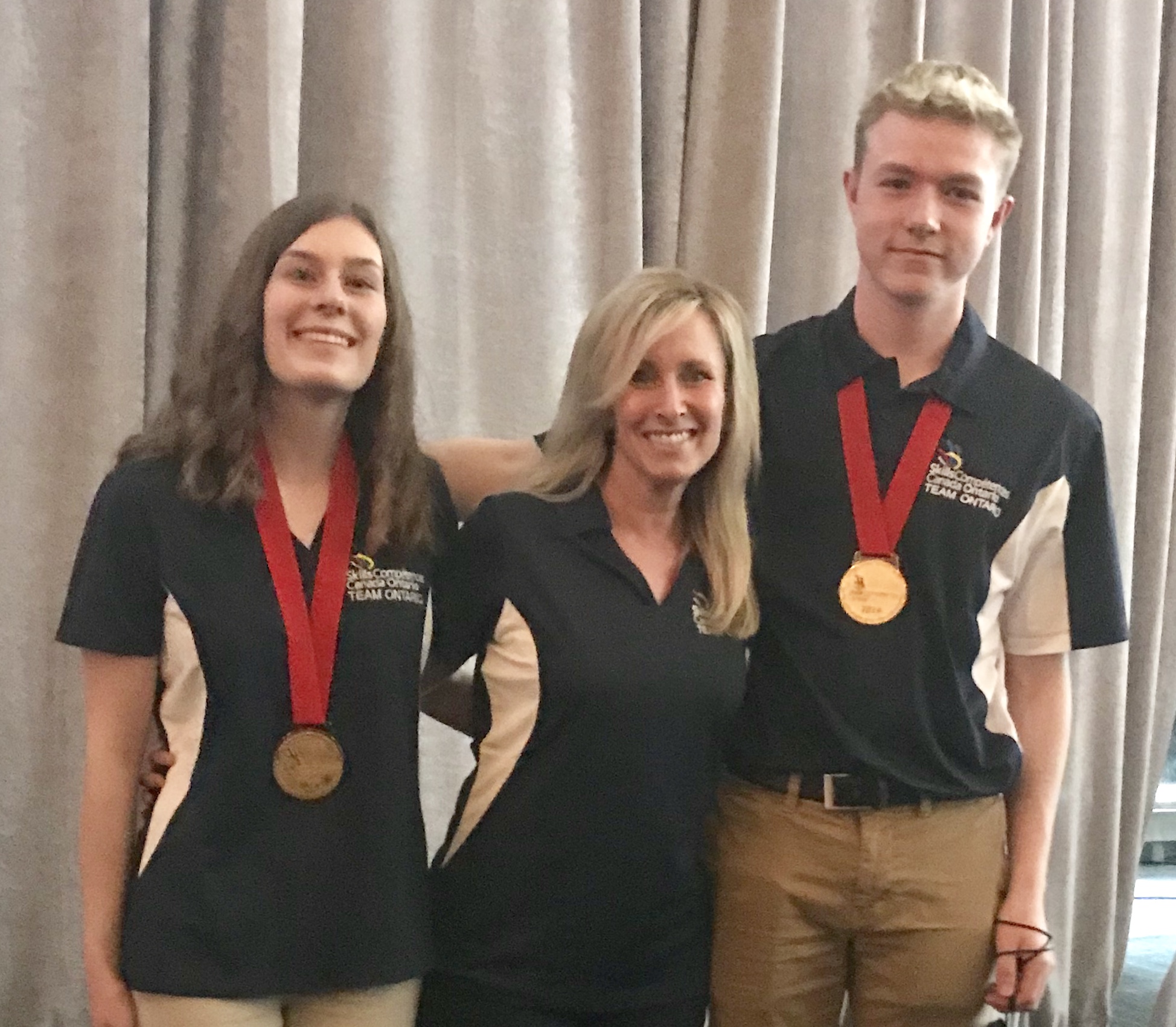 Gold - Grade 12 students Jade Ritter, left, and Kyle Young, right, each won gold at the Skills Canada National Competition on May 28 and 29. They were coached by Jenny Ritter, middle. Submitted photo

Grade 12 students Kyle Young and Jade Ritter competed against students from all over Canada as part of Team Ontario from May 28 to 29 in Halifax, Nova Scotia.

They were the only students from the Upper Grand District School Board to compete. Both were recruited and coached by teacher Jenny Ritter.

“I chose students who I felt were interested in competing,” Jenny Ritter said. “You choose the kids who you know you can push and you can push them because they’re willing to go that extra mile because they want to be successful.

“And once they get one small taste of success at the provincial level, then they’re even more driven at the national level.”

Both Jade Ritter and Young won their competitions at the provincial level.  Young, who was competing in skills for the first time, competed in the Job Skills Demonstration category.

“You pick an area in the competition, I chose TV,” Young said. “I demonstrated the pre-production planning in TV video, and then I showed them how to use the camera.” 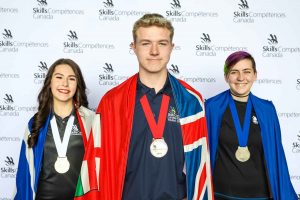 Kyle Young, who was competing in skills for the first time, competed in the Job Skills Demonstration category. Submitted photo

To do this he interviewed one of the judges and “took that footage and put it on the computer and showed them how to edit,” he said.

“And then I showed them the final product and I wrapped up with a conclusion.”

The competition lasted about 20 to 30 minutes. To win gold he beat out seven other students from across the country who were the best of the best in their own province or territory.

“I had always found workplace safety really interesting,” she said. “I like all the attention to detail that it requires and the fact that you really have to be kind of aware of your surroundings and look deeper to find those hazards.

“So it was something I had always enjoyed and I decided for my last year of high school and my last opportunity to compete in skills that was what I wanted to do.” 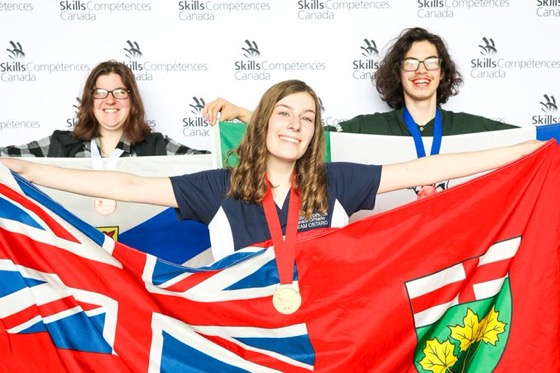 “In the past you could just identify 12 hazards but this year you had to identify two from each of the six hazard categories,” she said. “So I think that almost made it a little more challenging because you really had to look for ones that were maybe less obvious such as psychological hazards or ergonomic hazards.”

She also had to prepare a presentation and answer judge questions and evaluate different competition sites for workplace safety.

To win, Jade Ritter beat out 11 other students from across the country who were the best in their province or territory.

Both she and Young said the skills they learned through their competitions will help them going forward.

Young plans to attend Sheridan College for a bachelor’s of TV and film.  He said the biggest skill the competition taught him was initiative.

The students often practiced at lunch but with a spare right before, Young had to battle distractions.

“There are so many times I was like I can make an excuse not to come back to school so I can continue sitting on the couch watching Netflix and then I kept telling myself… ‘If I keep telling myself I have to do this and I get up off of the couch, even how stupid that sounds, and come here maybe it will pay off.’

“ So that was kind of the first thing when I found out I won I was like all that time I took the initiative to get off the couch and actually do something, it shows that putting the work in does pay off.”

“It takes a lot of hard work and practice to get to this stage, so I think it has kind of encouraged me to put forth a lot of effort into whatever I do in the future, whether that is school or in the workplace and know that that will help me be successful,” she said.