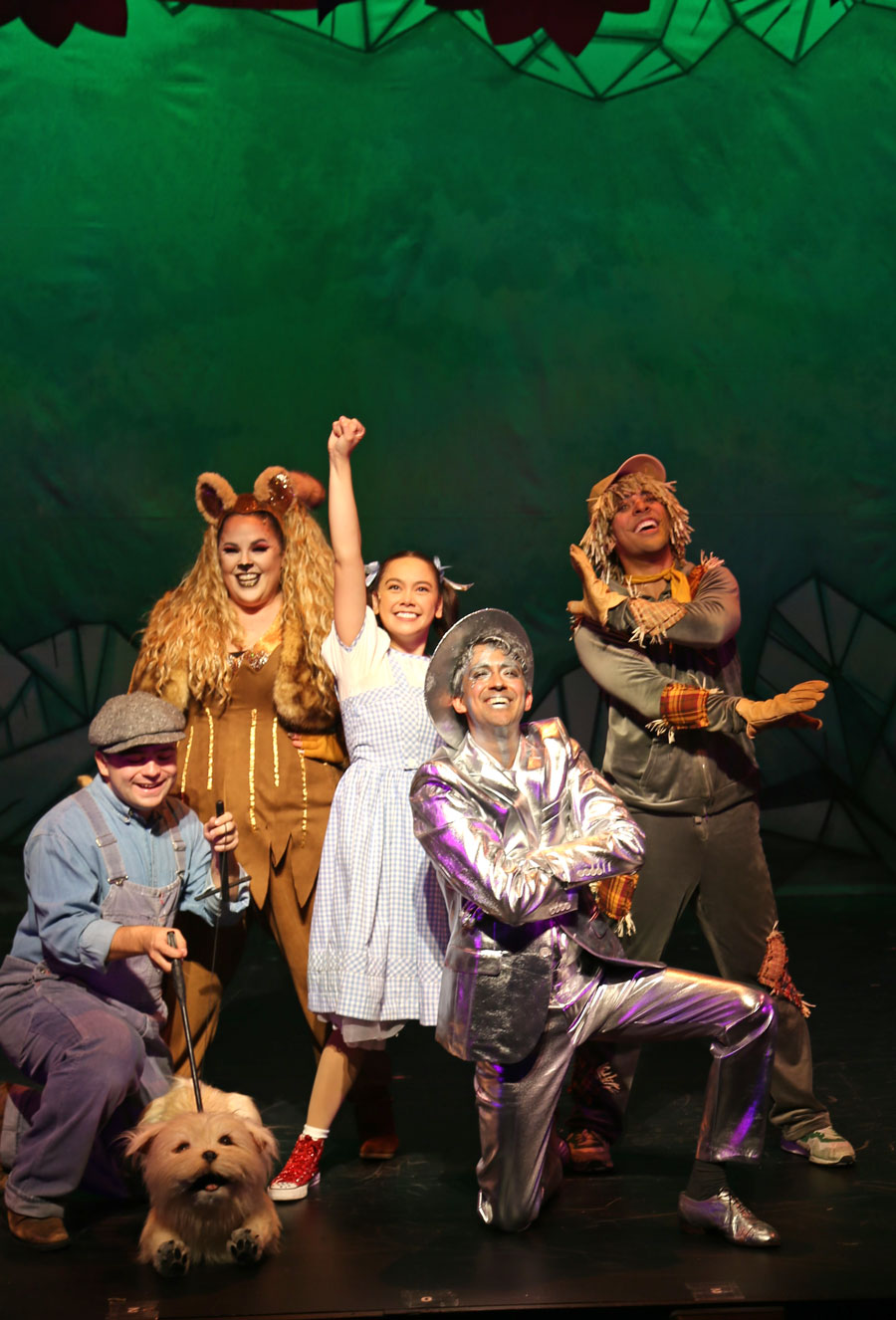 Off to Oz – Will Parry, Stacey Kay, Lia Luz, Noah Beemer and JJ Gerber star in Wizard of Oz: The Panto, which runs at the St. Jacobs Country Playhouse until Jan. 8. Photo by Ashley Legedza

ST. JACOBS – This holiday season, audiences at the St. Jacobs Country Playhouse will follow the Yellow Brick Road as one of the greatest tales ever told touches down with a brand new twist.

With the original five-week run from Dec. 1 to Dec. 31, virtually sold out before opening night, the production has been extended to meet the demand for tickets with an additional eight performances added to the schedule from Jan. 3 to 8.

“Wizard of Oz: The Panto is pure family fun – it’s packed with outrageous characters, extravagant costumes, and lots of music and dancing that make it wildly entertaining for everyone, from kids to parents to grandparents,” said Drayton Entertainment artistic director Alex Mustakas.

Wizard of Oz: The Panto is a twisted take on the famed children’s story by L. Frank Baum.

When Dorothy and her beloved dog Toto are whisked over the rainbow in a tornado, she must band together with some newfound friends to journey to Oz and defeat the Wicked Witch who is determined to take over the land.

Wizard Of Oz: The Panto is helmed by director and choreographer David Connolly, who is credited with several past Drayton Entertainment hits including Disney’s Newsies, Annie, and the popular pantos Sleeping Beauty, Jack and the Beanstalk, Cinderella, Aladdin and Snow White, among others.

Dorothy would be lost without her faithful friends, the Lion, Scarecrow, and Tin Man.

JJ Gerber, former finalist of CBC’s Searchlight, takes on the role of the lovable Scarecrow in search of a brain.

Complete with his oil can, Noah Beemer takes on the role of the endearing Tin Man for his Drayton Entertainment debut.

Justin Bott is sure to have audiences rolling in the aisles as Auntie Em.

Tim Porter returns to take on the role of Harry Trotter, Erica Peck as Glinda the Good Witch and the Wicked Witch is played by Billy Lake.

Will Parry, who was previously a member of Drayton Entertainment’s youth ensemble, makes his St. Jacobs stage debut as Toto.

There is also an ensemble cast, featuring 24 local youth performers who appear in the show on a rotating schedule throughout the run, alongside the professional company.

All traditional pantos include audience participation, and the Wizard of Oz: The Panto is no exception.

Families and young spectators are encouraged to join in the fun and boo each time the Wicked Witch enters the stage and sing along with familiar chart-topping songs by artists such as Lizzo, Lady Gaga, Katy Perry, BTS, Alanis Morissette, Sarah Bareilles, and many more.

Wizard of Oz: The Panto is on stage from Dec. 1 to Jan. 8 at the St. Jacobs Country Playhouse.

Regular performance tickets are $53 for adults, $32 for youth under 20 years of age and $43 for groups of 20 or more and select discount dates. HST is applicable to all ticket prices.