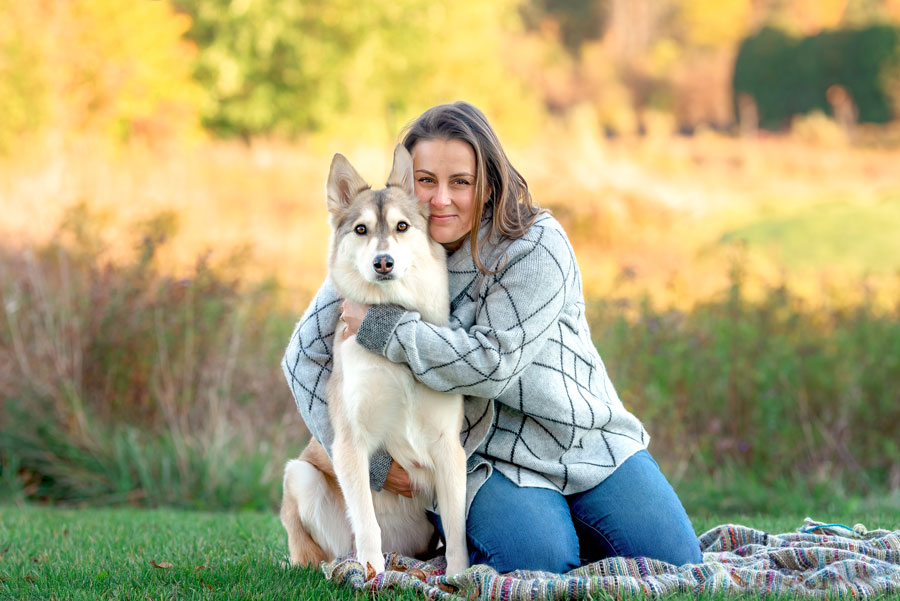 WELLINGTON COUNTY – Pet owners know that with the spring season comes veterinarian appointments to safeguard their animals against several serious illnesses, such as heartworm, Lyme disease and rabies.

Dr. Natalie Soligo, of Elora Gorge Animal Hospital, wants to ensure pet owners understand why these treatments are essential to a pet’s long-term health, and why deferring these vaccines can prove not only detrimental to the wellbeing of their pet, but costly to the pet owner.

“It’s always good, like a spring a tune up, to make sure that all of our pet’s vaccines are up to date,” Soligo said. “Many of our pet owners are coupling their vaccines and their yearly exams with the heartworm testing and preventative treatment.”

Kennel cough (tracheobronchitis) is a broad term that covers any infectious or contagious condition in dogs where coughing is one of the major clinical signs. It is often spread when dogs are housed or in close contact together, hence the name kennel cough.

“With the warmer weather there’s a lot more socialization with dogs and kennel cough can pass,” Soligo said.

Vaccination against this condition is important, and often mandatory for dogs who are boarded while their owners travel, or for those who participate in doggy daycare and play groups. But even a run around the dog park is reason enough to ensure dogs are treated against this contagious condition.

Ensuring your pet’s veterinarian records are up to date includes verifying the status of their rabies vaccine.

According to the Ontario government website, rabies vaccines used in Canada protect pets from all North American strains of the viral disease. In most regions of the province, cats and dogs must be vaccinated for rabies as soon as they are three months old and must get a booster shot within one year of the date they were vaccinated. After that, pets must be vaccinated for rabies every one to three years depending on the type of vaccine used by the veterinarian.

“We have a lot more nose to nose contact between our dogs, particularly, and animals outside or wild animals, so making sure the rabies vaccine is updated in the spring is always a good idea,” Soligo said.

Mosquitos aren’t just an annoyance for humans. These pests can carry the heartworm infection to dogs.

“Heartworm is a parasitic infection that is usually transferred host to host, (our dog), by a female mosquito,” Dr. Soligo explains, noting heartworm is an issue that rarely impacts cats, but is a serious issue for dogs regardless of breed, age or lifestyle.

She explains that a female mosquito will bite an infected animal, such as a wild dog, coyote, or perhaps an animal from outside of Ontario that is infected with heartworm. When the mosquito bites a second time, usually a dog, it inoculates that dog with the heartworm larvae.

“It can take a few months, but what’s happening is that larvae are traveling towards the pulmonary artery in the dog and it’s also maturing, and within six to seven months you have usually an adult or several adult heartworms in the pulmonary artery,” Soligo explains.

A dog with mature heartworms then becomes a potential source of infection for any other dog they encounter, as the infection is easily transferred.

“It’s usually very severe. If there’s signs and symptoms it can take six months up to two years to show symptoms and that’s the problem; they can go undetected on a physical exam because there are no symptoms until it’s almost too late,” Soligo said, adding symptoms often include a cough, heart murmur, difficulty breathing, or increased heart rate.

“But by the time we’re seeing that, we know that heartworms have done some pretty good damage.”

Treatments are available for infected dogs, but Soligo says they are prolonged and carry risks, as well as being costly for the owners.

Prevention measures are key to safeguard against this illness and there are options, but it’s also important to monitor a dog’s health through routine screening via the heartworm test.

“That’s the first line of defense even before a physical exam, because it will show up usually within six to seven months of an infection,” she said.

Preventative medicines come in various forms for pets, from topical liquids to chewable tablets, but Soligo said its best to speak with a veterinarian to determine the best method and any risks associated specific to the animal.

While heartworm medications are now available online, Soligo reminds pet owners that a heartworm test via a veterinarian is essential in both diagnosis and prevention, as they understand the risk issues based on individual dog breeds.

In our area of Ontario, ticks are very active in the spring and fall, making the concern for Lyme disease rates in pets, particularly dogs, a priority.

While there are various breeds of ticks, the Ixodes tick carries Lyme disease.

“The geographic range of this Ixodes tick is expanding rapidly,” Soligo said, noting the prevalence of cases has moved from southern Ontario northward.

“It’s very active as soon as the temperature is over four degrees Celsius,” Soligo said.

“So typically, we are looking at our line prevention at least from March until November, and there’s even argument now because we’re finding ticks on dogs into January and February occasionally, that potentially we need to be doing year-round tick prevention in this area.”

Most veterinarian clinics will do surveillance bloodwork checking for exposure to tick borne diseases, including Lyme disease, in conjunction with the heartworm test.

If the test results are negative, there are preventative medications, oral and topical, with different longevity, as well as a vaccine.

“Usually the tick attaches itself to its host, which in this case would be a dog, and it puts little mouth pieces in and it secretes a little anesthetic in its saliva, and it has to stay attached like that and feed for one to two days,” Soligo said, explaining that after 24-hours, the tick regurgitates from its stomach into its saliva a bacteria known as borrelia, transferring Lyme disease to the host. It’s not easy to spot ticks or even the marks of their bite, particularly on furry pets.

“You can get a bit of a classic bullseye appearance on your dog, but it’s not usually as bad or as severe as a human and often under hair, it’s missed. And it’s very transient,” Soligo said.

Signs of illness or symptoms of Lyme disease can begin two to five months after the initial Ixodes tick bite.

“When it’s inside there’s different body systems that are affected for dogs,” she explained. “They have kidney failure, skin concerns, joint concern.”

Soligo said there can be a reoccurrence of symptoms and infection, and rounds of treatments, including antibiotics and pain medications.

Like heartworm, preventative measures are the best line of defense.

“It’s definitely becoming pretty prevalent here and it’s not uncommon in our area to seem Lyme disease in our dogs,” she said.

Pet owners know a visit to the vet can be costly, but with a spring vaccination check-up and treatment plan, we can keep our four-legged friends protected and healthy throughout the year.