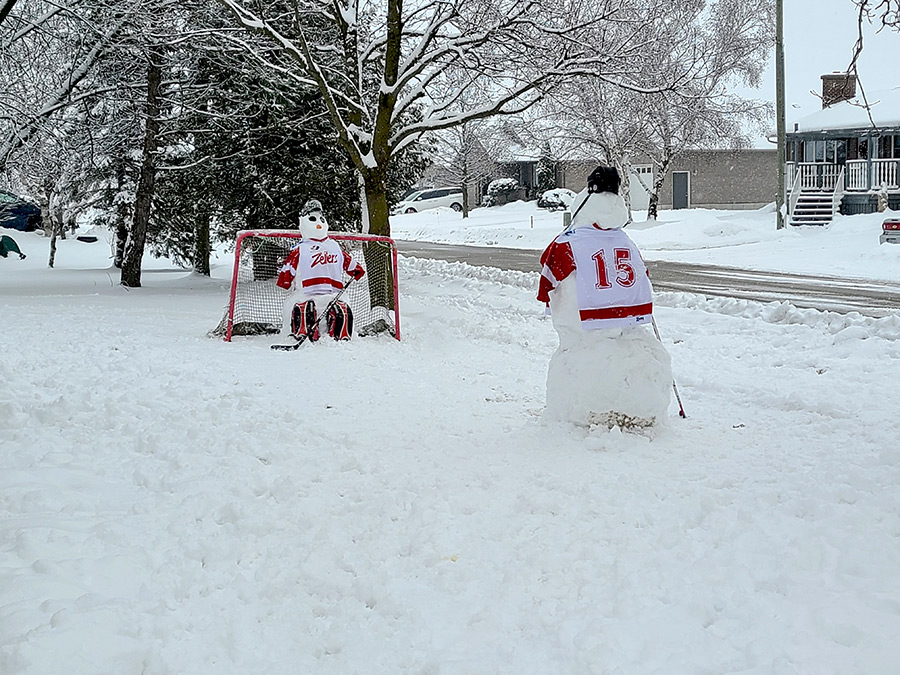 Snow sculpture competition - The Clifford Rotary Club and Minto Mental Health recently teamed to offer local residents a bit of winter fun with a “Snow Sculptures with a Twist” competition. These hockey playing snowmen, created by the team of Clark, Ian and Blair Cowen, placed first in the competition. Submitted photo

MINTO – The winners of the town-wide “Snow Sculptures with a Twist” competition were recently announced.

Placing first with its sculpture was the team of Clark, Ian and Blair Cowan, while second place went to Ben Rogers and third place to Jake Hymers. 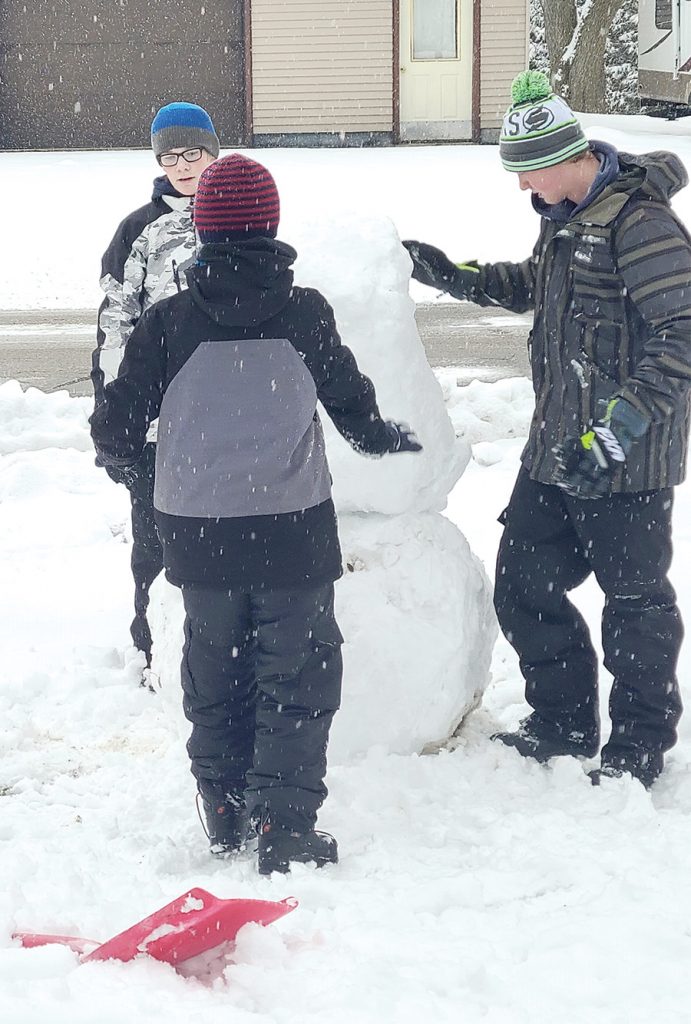 The hockey playing snowmen, created by the team of Clark, Ian and Blair Cowen, placed first in the competition.

The contest was a collaborative effort between the Clifford Rotary Club and Minto Mental Health.

To enter, competitors submitted a photo of their snow sculpture, and then one showing human interaction with it, which was the “twist.” 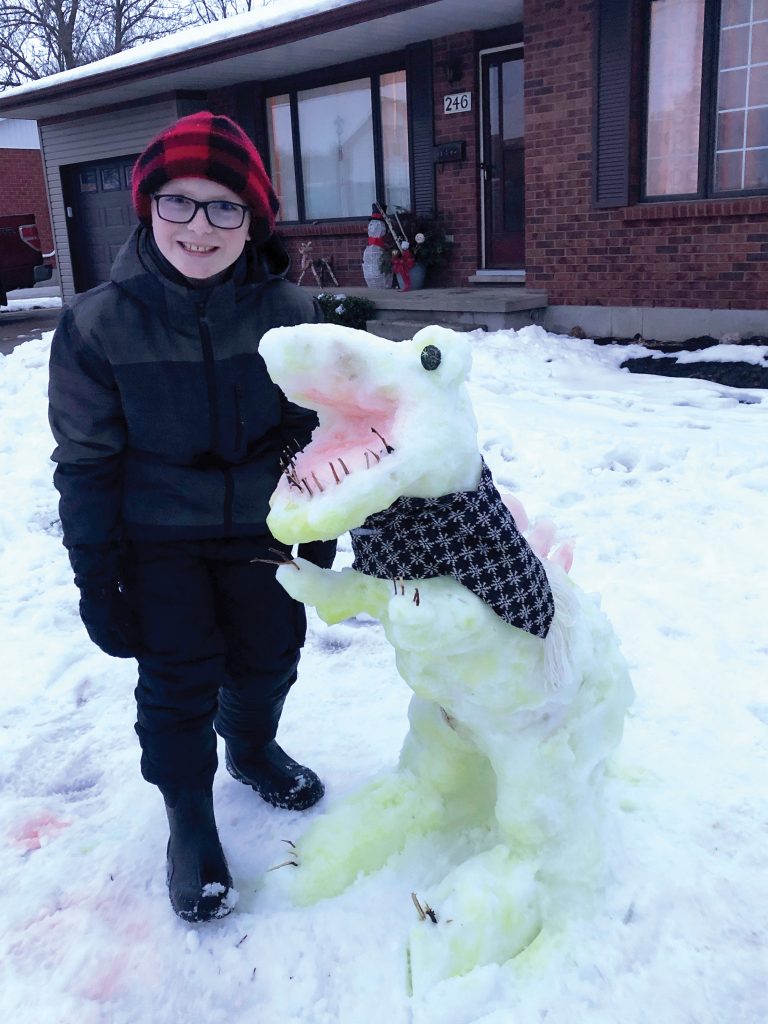 Snow Sculptures with a Twist – The Clifford Rotary Club and Minto Mental Health recently announced the winners of what they are hoping will become an annual snow sculpture competition. Ben Rogers and his dinosaur placed second.

Jessica Martin, of Minto Mental Health (MMH) said the idea originated with the Rotary Club and MMH was pleased to join in.

“They wanted to bring some light, for the month of January, to the community, because with the lockdown and everything else, we wanted to give some kind of encouragement to get outside and to do the things safely that we can,” Martin explained.

“We were overwhelmed with the response from the community. We had 14 different submissions come in, which was wonderful, all from families in Minto,” said Martin.

“The winners were selected based on responses to contest photos on MMH social media.

“There was a lot of response on all our sculptures …  our first place sculpture had over 250 likes on it and multiple shares.” 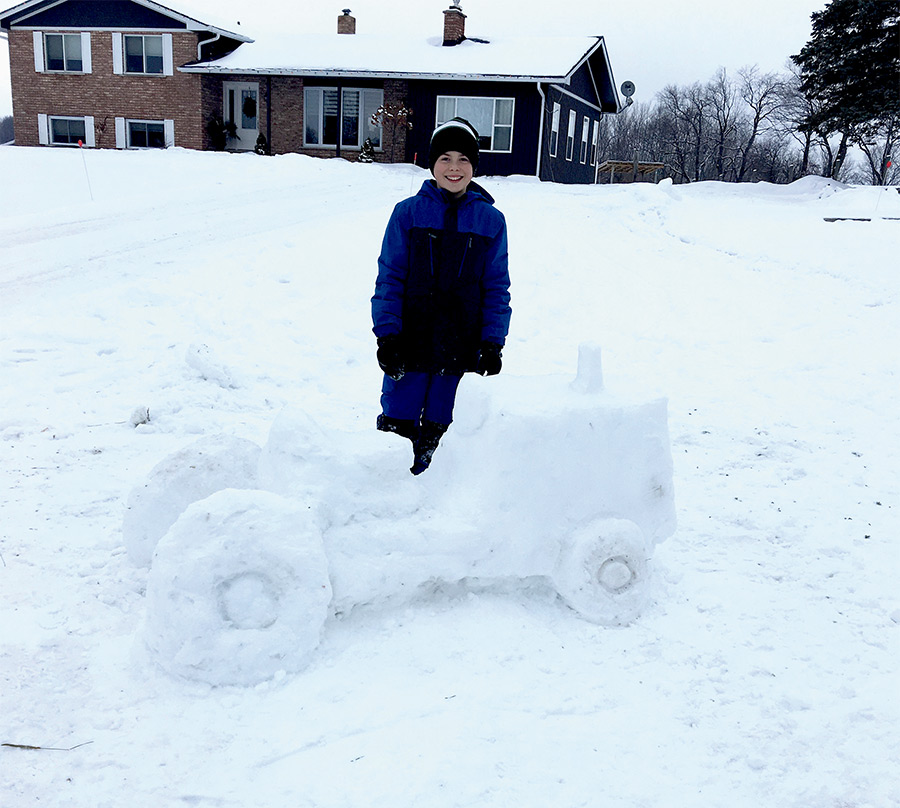 Jake Hymers came in third with his wheeled entry.

“It wouldn’t’ have been possible without the business and their donations,” Martin noted.

Given the success of the contest, Martin said organizers are hoping to make it an annual event.

Even the weather cooperated, she pointed out.

“We were very fortunate on the amount of snow we got and how it stuck around to be able to make snow sculptures.”