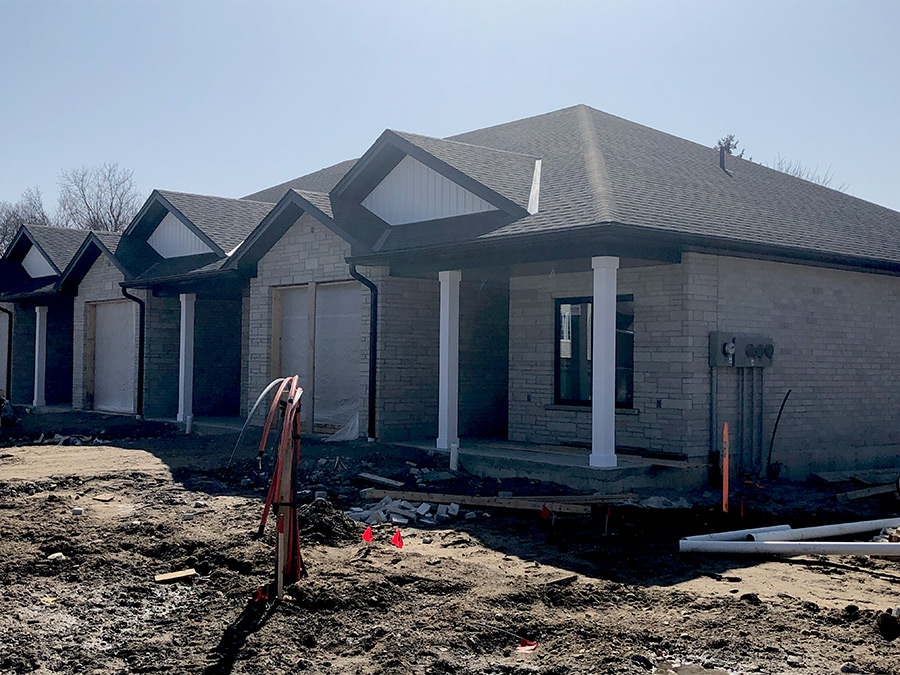 PALMERSTON – Minto town council’s approval of a site plan control agreement for a residential development at Victoria and Henry Streets here paved the way for a 26-unit townhouse development to proceed.

Minto planning technician Ashley Sawyer explained at the March 26 council meeting site plan approval was required before building permits could be issued due to the number of units involved.

“The zoning was approved and no concerns were raised as the development is consistent with provincial policy and the County of Wellington’s Official Plan,” Sawyer notes in her report.

“Town staff, the county planning department and the town’s engineering firm, Triton Engineering, are all now satisfied with the site plan, the layout and functionality of the site,” she advised.

During the meeting council approved a part lot control agreement to allow two lots on Henry Street to be split legally into four, in order to facilitate construction of two semi-detached homes by the same developer.

Deputy mayor Dave Turton said he was pleased to see development on the lands.

“That’s music, isn’t it? That whole property there, a number of years ago there was no interest in it and now there’s 19 houses, or there’s going to be, and kudos to the Sinclairs and town staff for moving this thing along. It’s going to be great,” said Turton.

“And the type of housing is just certainly needed in the area,” said Mayor George Bridge.