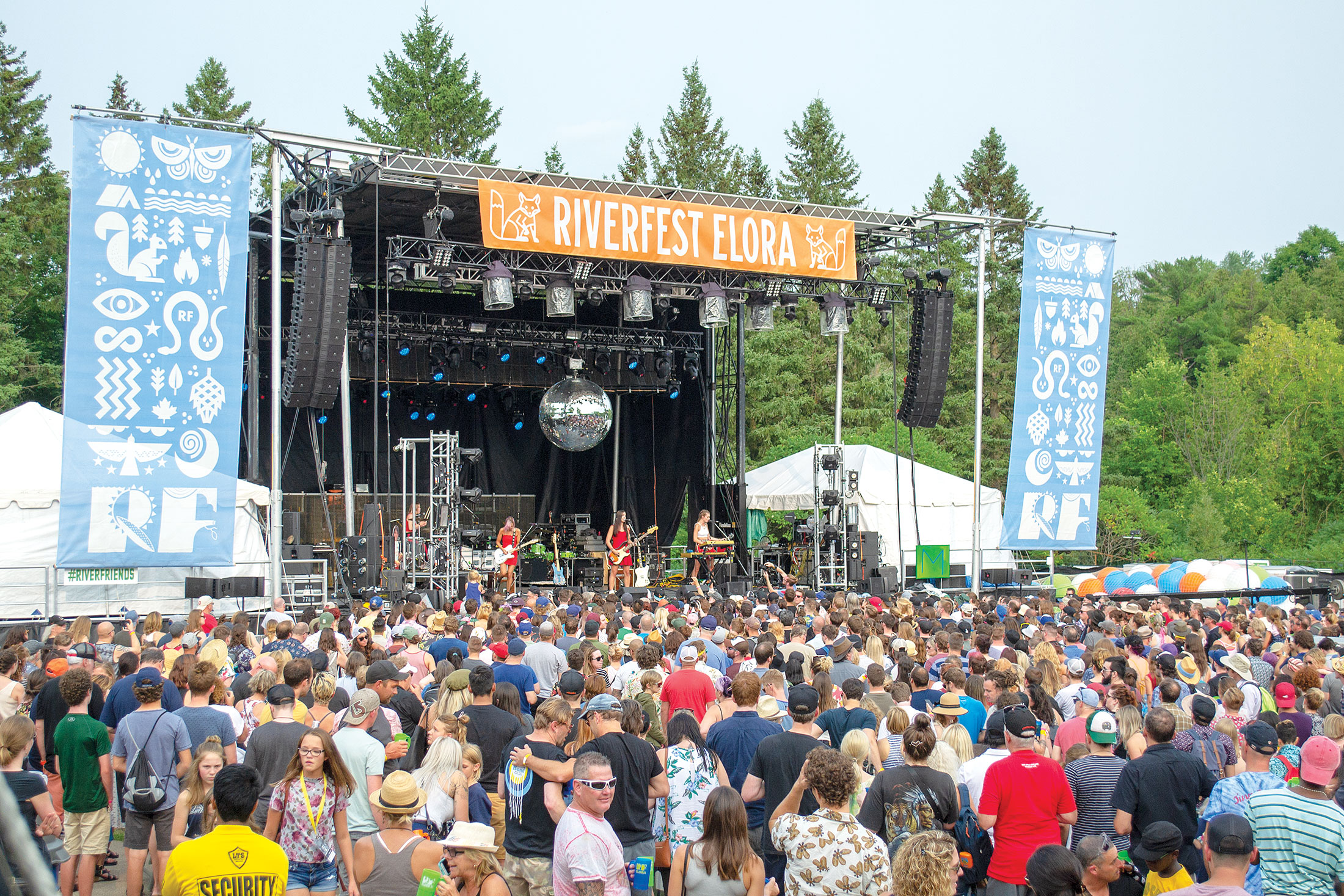 Riverfest Elora is returning for its first full instalment in three years with over 50 performers set to hit the stage in Bissell Park Aug. 19 to 21.
Advertiser file photo

ELORA – Riverfest Elora has announced the lineup for the 2022 instalment of the annual music festival.

This year marks the first full instalment of the festival since 2019, with over 50 performers set to hit the stage, including headliners Alessia Cara, Mother Mother and The Glorious Sons.

“Just really happy to kind of get back to the main festival again.”

Last year, Riverfest Elora held a mini “Wish You Were Here” festival, which Shewen said was a really great experience and a great way to bring the community together.

“But it was much, much smaller than the actual festival,” he said.

“So we’re excited to get Elora back together and bring people from all over Ontario and Canada to come and see some great acts.”

In a May 18 press release, Riverfest Elora credited its success in making it through the pandemic to ongoing contributions from its artistic partnerships and the support of the community.

Shewen said festival organizers are really looking forward to getting the team back together.

“It’s just going to be great to see everybody and get everyone back together and do what we do,” he said.

In previous years the festival has drawn crowds of more than 5,000 per day over the August weekend.

This year’s festival will consist of an almost entirely Canadian lineup, with only two of the 59 performers coming from across the border.

The 2022 lineup will feature a wide variety of artists “showcasing a plethora of genres and styles,” the release notes.

“I think our lineup is the most eclectic lineup we’ve had to date,” Shewen said.

“We’ve got a wide variety of artists and genres and personalities, and I think it’s really going to go a long way.”

The 2022 festival will feature newcomers Alessia Cara (Saturday) and The Glorious Sons (Sunday), as well as returning acts like Mother Mother (Friday) and the Strumbellas (Saturday).

Other artists include The Blue Stones, Rheostatics, My Son the Hurricane, Paul Cauthen and Bran Van 3000.

“I think a lot of people are going to see some music [and] some acts that they know really well, and they love,” Shewen explained.

“But I think also some of the acts that they maybe haven’t heard of – our really exciting artists that are up and coming – they’re going to discover their new favourite bands too.

Local acts like The Diner Mints, Madison Galloway, Boo Radley Project and Royal Castles will also be featured in this year’s lineup.

One thing that sets Riverfest Elora apart from other festivals, Shewen said, is it provides a place where people can come and be themselves.

“You can just be comfortable coming however you feel like coming,” he explained. “You can dress up; you can just come in your sweatpants.

Another part of it, he said, is being able to have people come to Elora for the first time and experience the town.

“We encourage our patrons to leave the festival grounds and go through the downtown and check out the gorge, check out all the shops and the restaurants and head over to Fergus and see everything that’s there,” Shewen said.

“We just encourage people to explore as much as they can while they’re here.”

Weekend and camping passes, day passes and after party passes are on sale now.

Weekend passes are currently set at $185 plus tax and fees, but prices will be going up on May 19 at noon.

For tickets, to view the full lineup, and for more information visit www.riverfestelora.com.