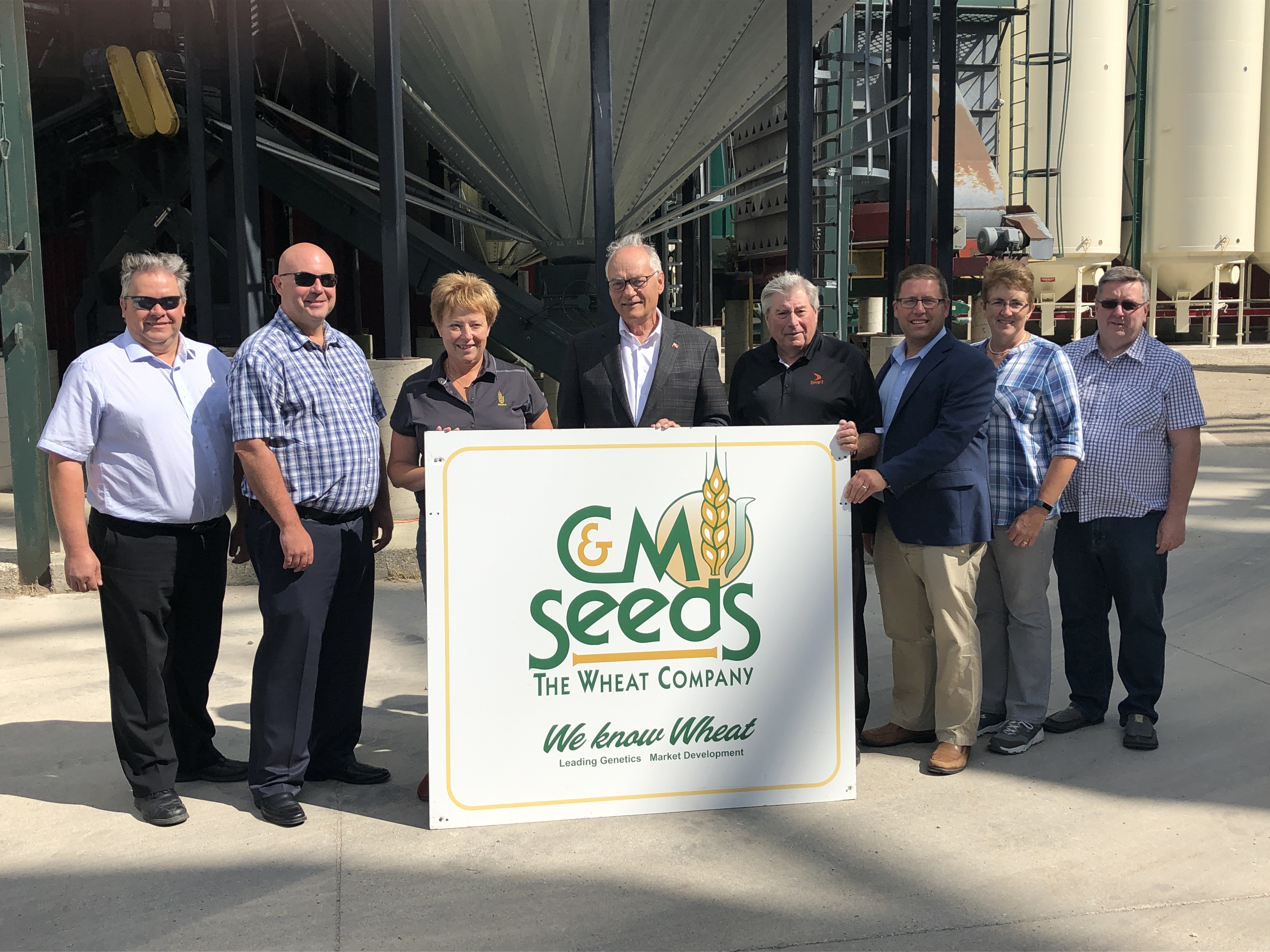 MINTO – Southwestern Integrated Fibre Technology (SWIFT) has officially opened the RFP process for up to $12.1 million worth of broadband infrastructure in Wellington County.

The provincial government announced in May it would provide $12.1 million for the Wellington County projects as part of an overall contribution of $63 million to SWIFT, a project initiated by the Western Ontario Warden’s Caucus (WOWC) to bring broadband to under-serviced areas.

“Today it is so important for residents and businesses in this community and across rural Ontario to have fast, reliable access to the internet. Our government is making this a reality.”

The announcement of the latest step in the local SWIFT project was made at CM Seeds, a Palmerston area company that will be among the beneficiaries of enhanced internet service.

“We are constantly using the internet to contact our customers, emails – on the grain side they’re doing grain training as well – and connection with the broader world and community for us,” said CM Seeds general manager Ellen Sparry.

“We, as a wheat genetics company, we’re accessing genetics from a global base, so having that speed and ability to contact our customers, colleagues is very important.”

Sparry, who described current internet service as “intermittent,” added, “More speed would be better for sure.”

Through the process announced on Aug. 9, pre-qualified internet service providers have been invited to submit network proposals aimed at connecting business facilities, public buildings and residences in under-serviced areas in Wellington County.

“We’re really pleased that Wellington County is going out for tender shortly,” said Minto Mayor George Bridge, who also represents the county on the WOWC.

Bruce County Warden and WOWC chair Mitch Twolan is the vice-chair of SWIFT’s board of directors. He noted the wardens caucus has been working to bring high speed internet to rural areas of the region since 2013.

“This has been a long journey and a lot of meetings with the provincial and federal governments,” said Twolan, noting that Wellington, along with Lambton and Simcoe, is among the first three counties to launch broadband projects.

“We understand how important high-speed internet is to rural Ontario and for rural Ontario to succeed we have to have our farms and agricultural business hooked up … So this is an exciting day.”

The local project is part of a $315-million provincial government plan to improve and expand internet and cell phone service in rural and remote communities, the province stated in a press release. The plan includes $150 million for a broadband program that will leverage private sector funding and support from other levels of government.

The government states the plan is expected to generate up to $1 billion in total investment over five years, resulting in new connections for up to 220,000 homes and businesses.

Pettapiece told the Advertiser timelines for completion of the local project will become clear once the RFP process is complete.