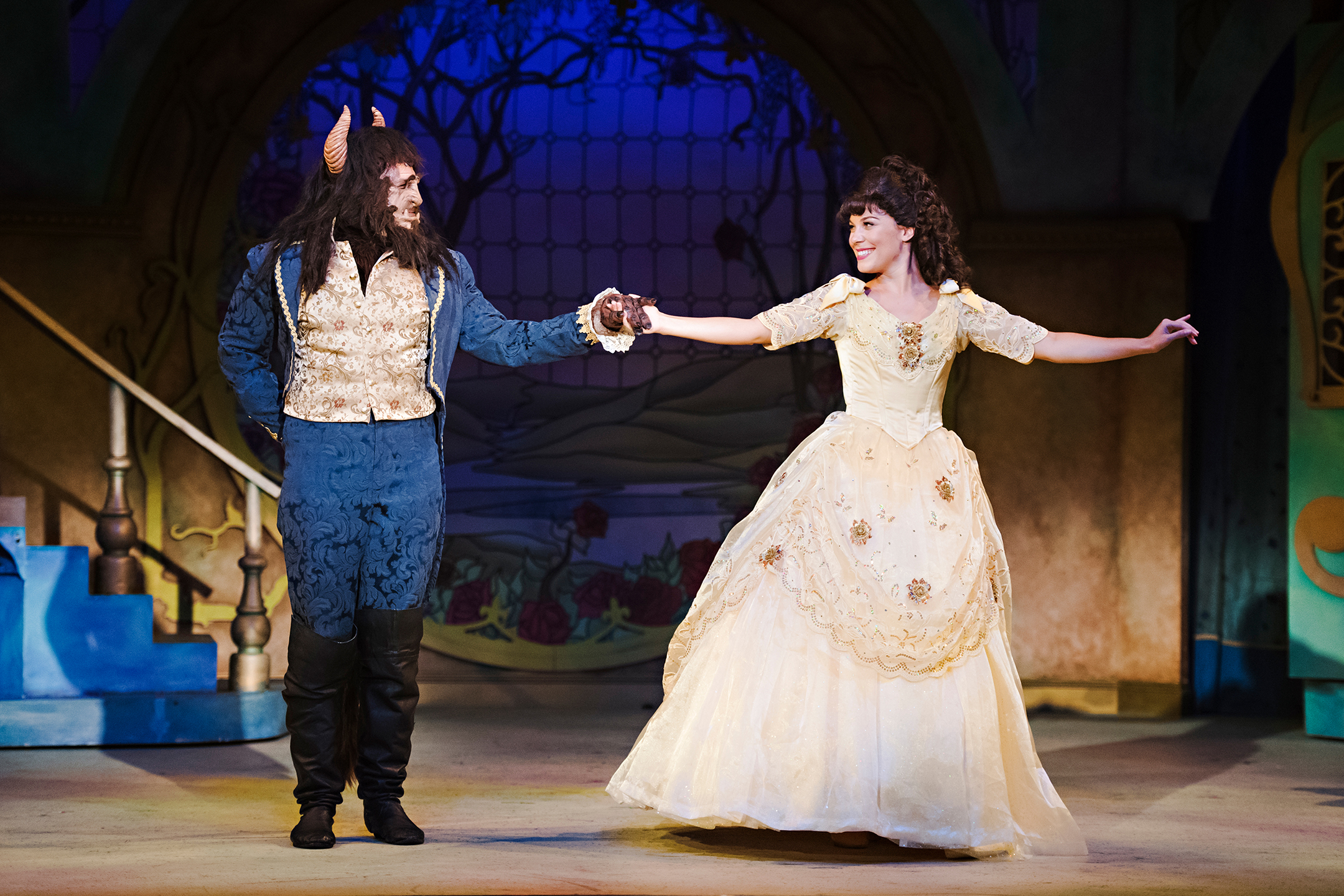 The show,  on stage at Drayton Festival Theatre until Aug. 31, brings a Disney classic with added songs that expand the magical universe.

Generations will be familiar with the story of a prince, turned into a beast by an enchantress. He lives in an enchanted castle waiting for true love to break the spell. Belle, a bookworm, is desperate to leave her small provincial town and have an adventure of her own.

After the Beast locks Belle’s father in the castle, she persuades the Beast to take her in his place.

Overtime Belle and the Beast fall in love and are able to break the spell.

Jayme Armstrong, is back at the helm directing Drayton Entertainment’s production of the beloved classic for a second time.

With only a few distracting moments, Armstrong and the cast and crew of Drayton Entertainment’s Beauty and the Beast delivers on a theatrical feast for the whole family to enjoy.

Choreographer Robin Calvert adds high energy to all of the big numbers including Gaston and Be Our Guest with knee-slapping and foot-tapping audience engagement.

Jessica Gallant takes the lead as Belle. Gallant’s vocal range makes the musical numbers a treat to listen to and her portrayal of the character is engaging overall.

Certain darker moments could have been explored in more depth but it comes across as a conscious directorial choice not to confuse the tone of the production that otherwise favours light-hearted fun.

However, moments in the production, particularly between LaFou and Gaston,  start to feel like a pantomime performance. Whereas the stories’ other main comedy duo Lumiere, played by Billy Lake and Cogsworth, played by Aidan deSalaiz offer greater emotional range through their witty repartee.

Tony Edgerton masters the role of the Beast. What a mask on the beast costume takes away from the facial expression of the character, Edgerton makes up for through vocal expression.

Audience members who are big fans of the 1991 Disney classic will be thrilled by Drayton  Entertainment’s revisit of Beauty and the Beast.

Disney’s Beauty and the Beast is on stage from Aug. 15 to 31 at the Drayton Festival Theatre.

Tickets may be purchased online at www.draytonfestivaltheatre.com, in person at the Box Office, or by calling 519-638-5555