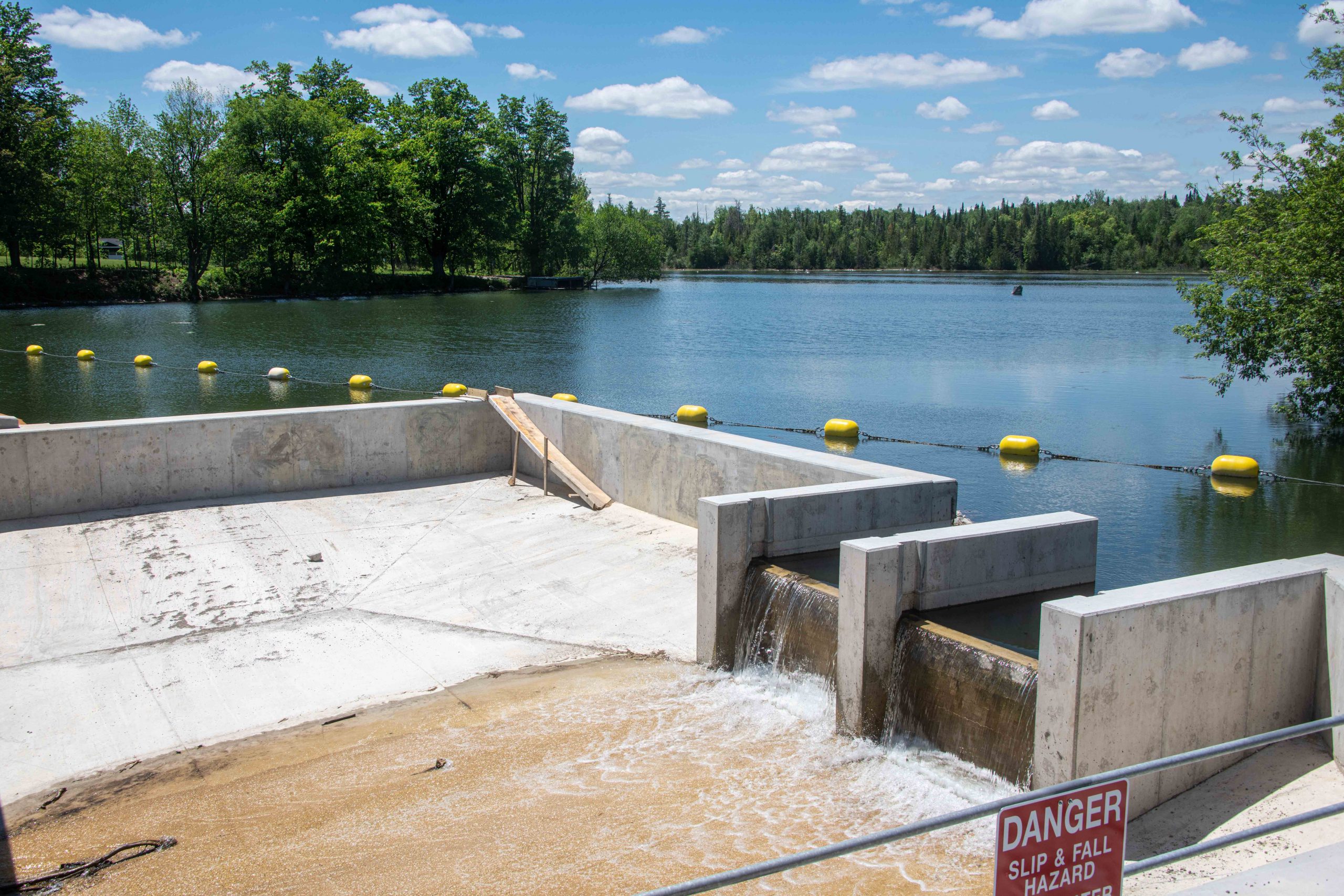 Turtles trapped? – Local residents have expressed concerns for wildlife migration and nesting as snapping turtles navigate the newly constructed Station Street bridge and dam in Hillsburgh. Residents have constructed a makeshift ramp for the turtles, but a recent county report recommends removal of the ramp, suggesting the new structure does not result in any new impacts on turtles. Photo by Tristan Clark

HILLSBURGH – Residents are expressing concern for wildlife as snapping turtles navigate the newly-constructed Station Street bridge and dam in Hillsburgh.

The project, completed in December, included reconstructing the bridge and rehabilitating the dam at the Hillsburgh mill pond.

According to the initial Environmental Impact Assessment during the planning process, no long-term impacts were anticipated to overwintering turtles from the rehabilitation of the dam.

But residents argue the new structure wasn’t designed with wildlife passage in mind, suggesting turtles are getting “trapped” in the dam, separating them from their migration path and nesting grounds.

In response, Hillsburgh resident Ruthanne Reeves, her husband Scott Rae and their neighbours took it upon themselves to build a ramp to aid turtles trying to cross the structure.

Rae took wood shelving from his garage and, in combination with wood from neighbouring residents, helped to build a ramp with raised siding to prevent turtles from falling off. 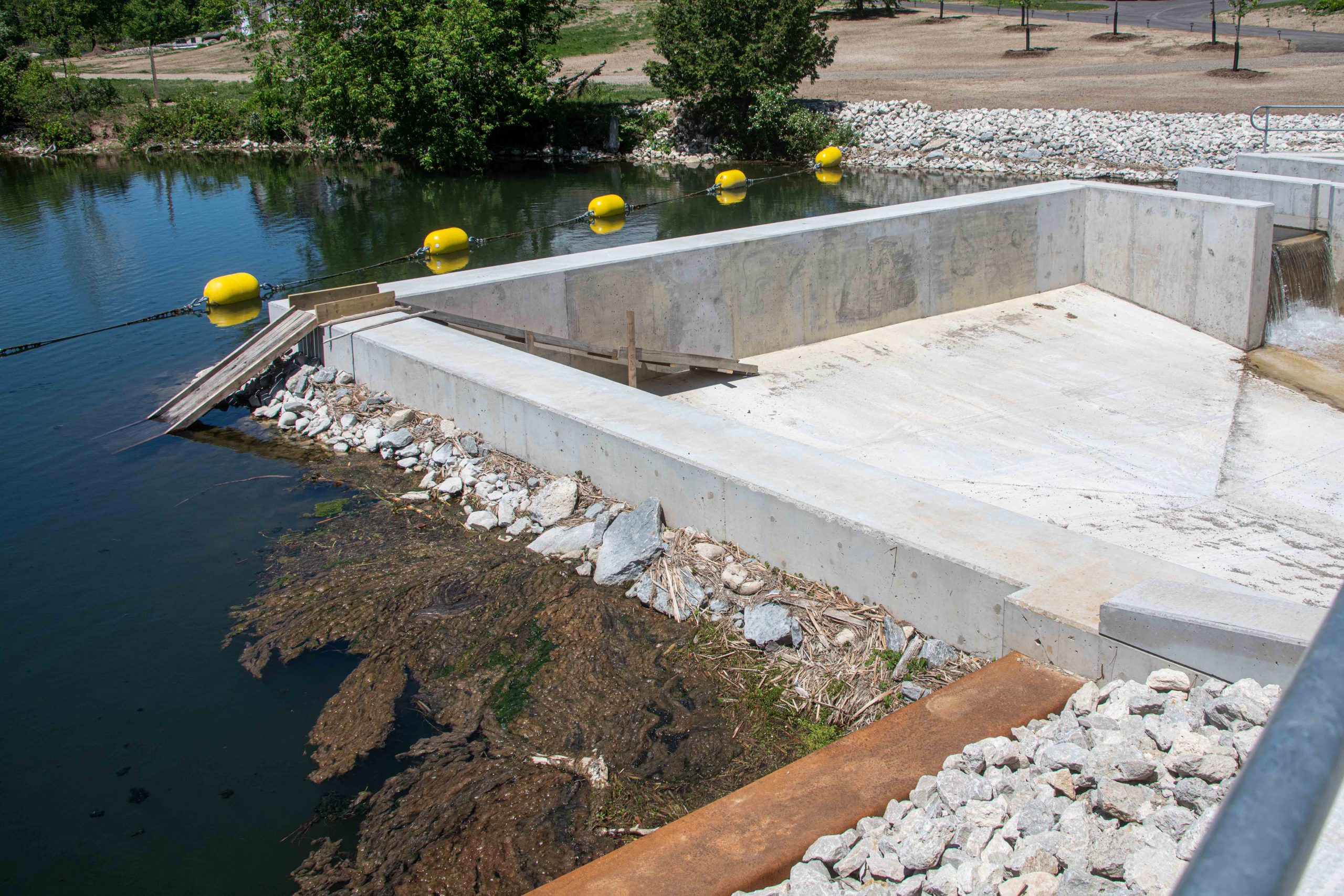 Several residents helped construct a ramp for the turtles, which they say appear to be trapped in the new structure.

“These turtles have been going across that road and across that bridge and nesting for tens of years,” Reeves said. “This has denied them access to where they would normally go.”

“I really do think it would affect their nesting habits and affect the baby turtles and I have concerns about the turtles; once they do nest how are they going to get back from where they came from?

“We’ve been told that the wildlife was considered but it certainly doesn’t appear to be so.”

Hillsburgh resident Joanna Mullen uses the bridge several times per week to get to the library and nearby trail.

She said the impact on the turtles resulting from the construction of the new bridge and dam raises concerns about environmental planning.

“For me, it’s about the fact that this bridge was built with the town and the county being aware of the fact that turtles migrate from one side of the lower pond to the upper mill pond, but nothing was put in place to ensure that they would be able to continue that migration safely and easily,” said Mullen.

She noted she witnessed a snapping turtle cross the road and try to go down the other side into the upper mill pond where it then had to fall several feet to make it down due to the large gap at the top of the bridge.

“Now there’s a dam in place that has a huge wall that prevents the turtles from being able to go through the left deep dam from the lower pond and then make it into the water,” she said.

“So, they’re really prevented from being able to migrate in a way that they would be accustomed to and nothing was put in place to consider that.”

She added that in previous years, she often had turtles nest on her property, but she hasn’t seen any this year.

Mullen said she would like a response from the town in terms of making a permanent solution to the migration to allow the turtles to make it from the lower to upper mill pond safely.

In an emailed statement  town officials said “the County of Wellington is the owner and operator of the dam.  The county is reviewing the issue and will be providing comments.”

Erin Mayor Allan Alls stated, “we have received calls regarding the turtles and I have raised the issue with the county and continue to follow up on all steps being taken to address it.

“The county will be putting up an information placard around turtles and is looking at all other options to deal with the issue.”

A statement from the county notes turtles were indeed taken into consideration in the initial planning, but in response to concerns raised by residents, the county hired Triton Engineering and Aboud and Associates Inc. to review the finished Hillsburgh dam structure and its possible impact on seasonal movements of snapping turtles. 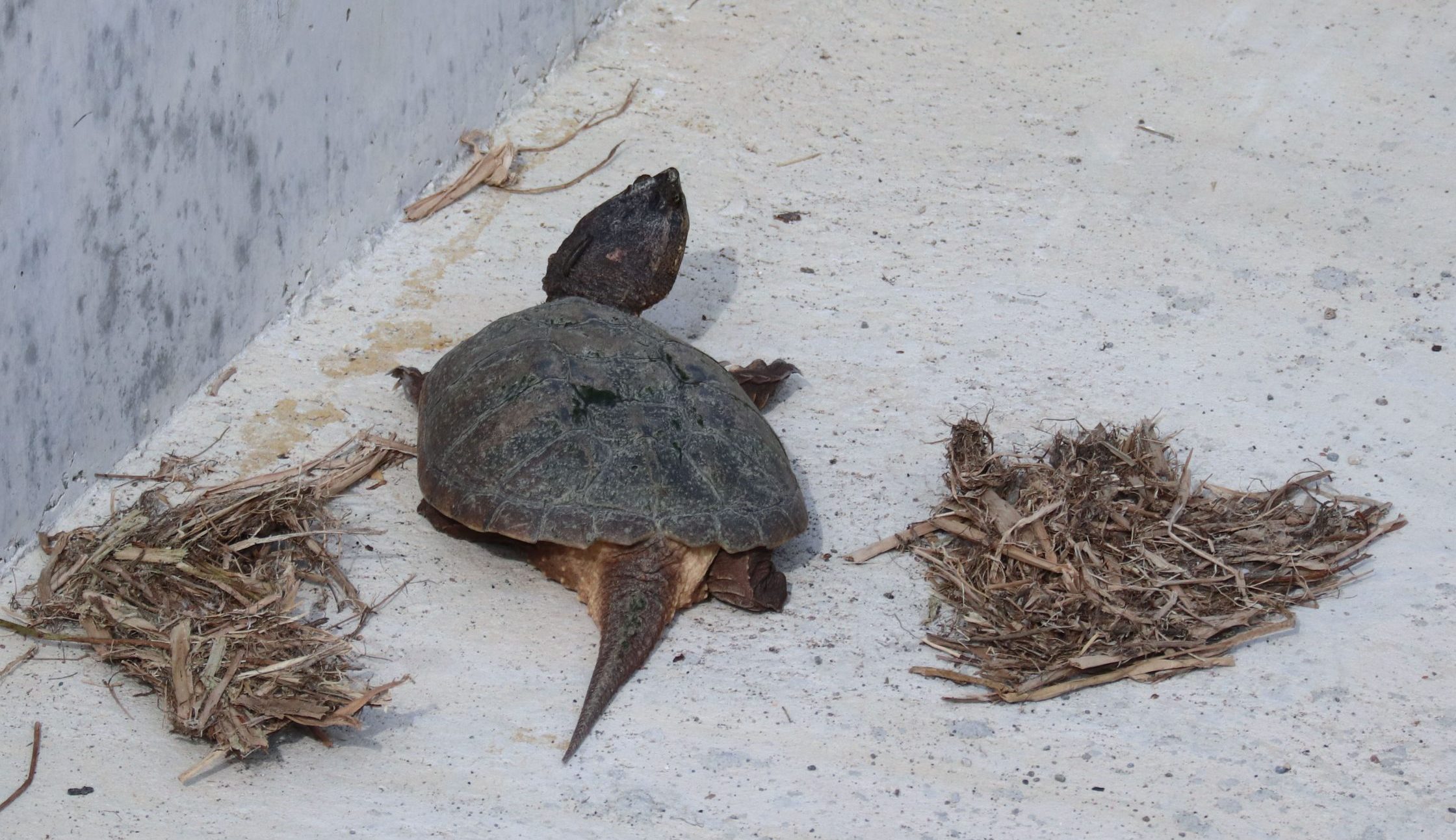 A recent report commissioned by the county recommends the turtle ramp be removed, suggesting the dam provides a “basking area” for turtles. Photos by Tristan Clark

The report states that compared to the previous structure, the current floodway barrier is functionally the same, however the riprap (rocks along the foundation to protect from erosion) on the eastern side of the embankment may pose issues for the movement of juvenile snapping turtles.

The report recommends the following mitigation measures be considered for implementation:

In addition, the report recommends the turtle ramp be removed, suggesting the new flood control structure provides a “basking area” for the turtles.

“A turtle ramp is not required for the seasonal movement of snapping turtles and poses an additional risk of turtles crossing directly into the adjacent pond and being swept over the dam and back downstream, due to the proximity to the stop logs and dam,” the report states.

In the email statement, the county said it will work with the Town of Erin on any recommendations put forward in the report.

The county is also in the process of formalizing a webpage addressing some residents’ concerns. The webpage will also provide a section for residents to submit questions and concerns.