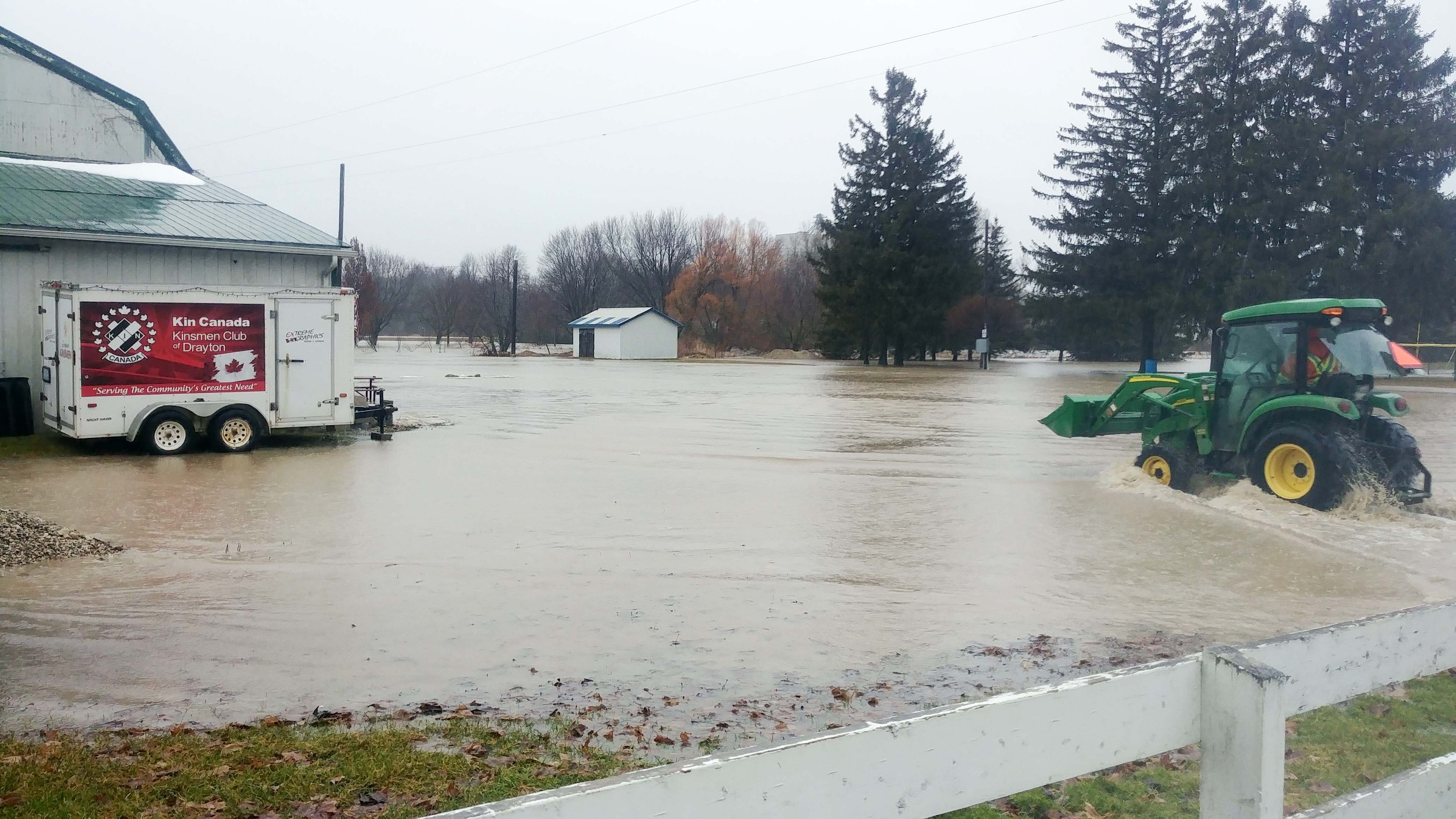 Widespread flooding was averted on the weekend, but low-lying areas like the agricultural hall in Drayton were left under water after up to 100mm of rain fell in the region on Saturday. Photo by Jen Goertzen

WELLINGTON COUNTY – More rain fell this weekend than predicted and some county residents remained without power well into the day on Sunday, but it appears flooding was limited to low-lying areas.

The Grand River Conservation Authority (GRCA) reported up to 100mm of rain fell on Saturday, far exceeding the 60 to 80mm the authority had predicted leading up to the weekend.

“This event produced the highest January rainfall on record for this part of the province and resulted in substantial flooding in a number of communities in the northern and central portions of the watershed,” states a GRCA update issued just after 1pm on Sunday.

The GRCA update noted river flows in the north are beginning to recede.

In Drayton, levels in the Conestogo River rivalled those of June 23, 2017, but unlike that storm, flooding this weekend was limited to low-lying areas prone to flooding every spring.

Centennial Park and the Fairgrounds, including the agricultural building, were under about two feet of water in some areas. Some of that water has receded, while in other areas it is now frozen.

The fairgrounds in Drayton was under water on Jan. 12 as a result of heavy rain the previous day.
Photo by Jen Goertzen

Across the Maitland Valley Conservation Area (MVCA), total rainfall varied from 50 to 80mm on Saturday.

River levels in headwaters areas, including Harriston, peaked overnight, states the latest update from the MVCA.

“Flooding is currently not expected beyond traditional low-lying areas, but water levels and flows are expected to remain high until Tuesday,” states the update. 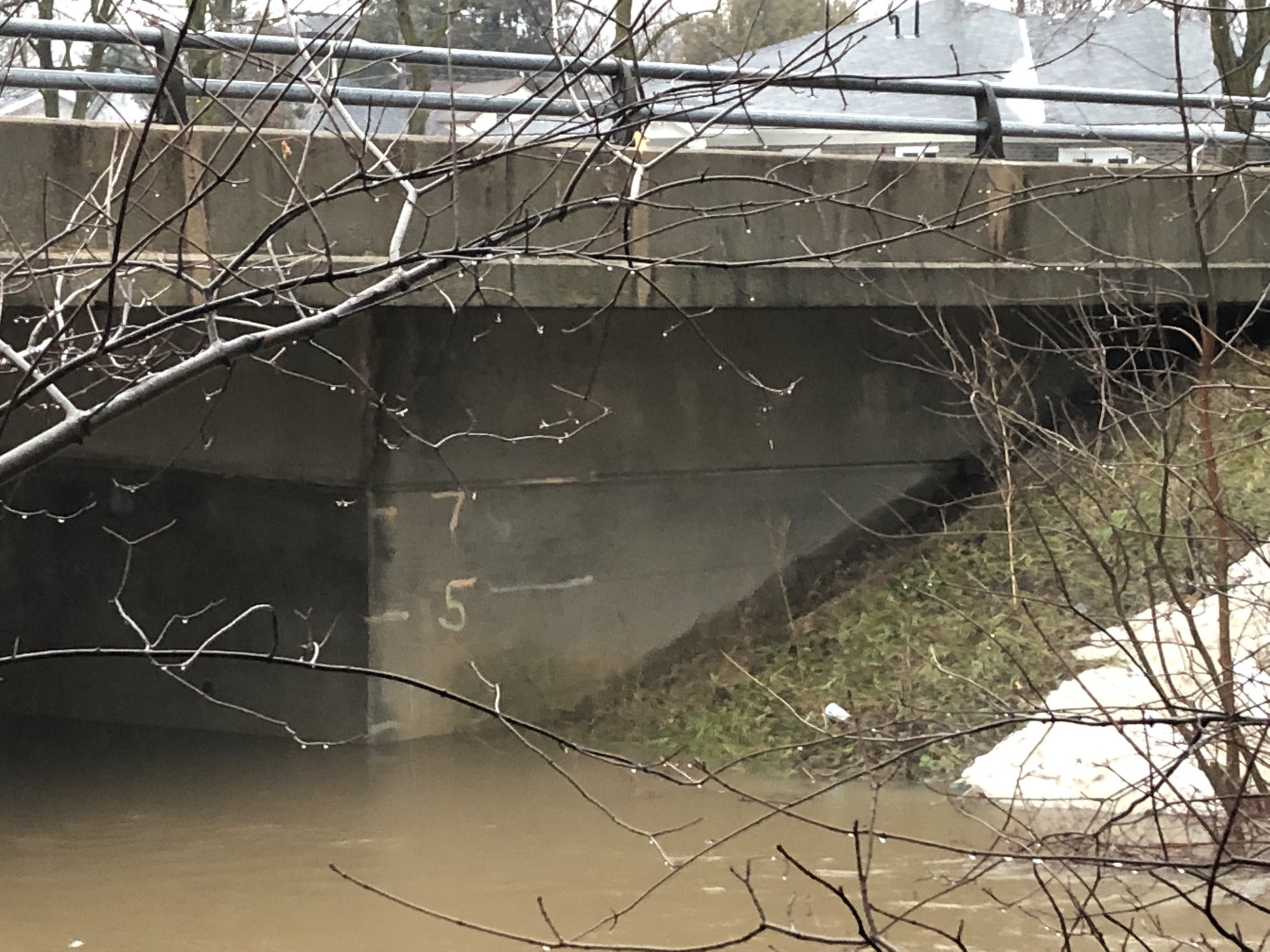 Centre Wellington staff closed two roads due to the weather: Sideroad 10 between 1st Line and Gartshore and Sideroad 5 in Pilkington.

There was some flooding in various areas of the township, but not as significant as in northern Wellington.

There were pockets of outages affecting hundreds of Hydro One customers – in Minto, Wellington North, Centre Wellington and Erin – that Hydro One expected to last up until 11pm on Sunday night.

Some areas in the county received a lot of freezing rain, which resulted in downed branches and power lines, but other areas saw higher temperatures and were mostly spared from damage.