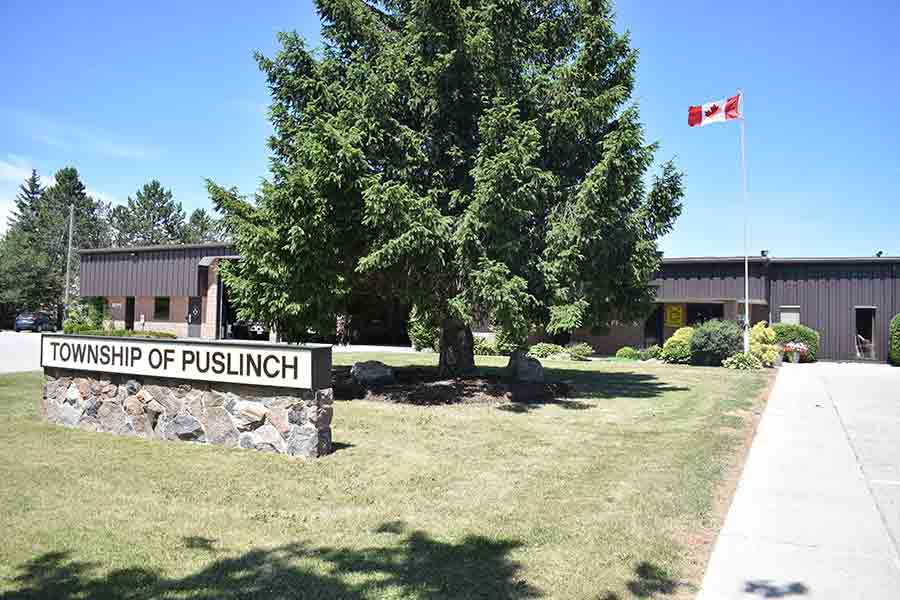 Planning - Puslinch Township is applying for federal funding to complete a Roads Traffic Volume Study and Roads Condition Index Study – the first step to the completion of its proposed Transportation Master Plan. Photo by Keegan Taylor

PUSLINCH – Puslinch Township is applying for federal funding to complete a Roads Traffic Volume Study and Roads Condition Index Study – the first step to the completion of its proposed Transportation Master Plan.

At the Aug. 12 meeting council heard from Oliver Van Gerwen about a matter that will be covered by the future Transportation Master Plan.

Van Gerwen sent in a handwritten letter asking the township to install speed bumps on Boreham Drive in Arkell.

“We have a problem on our street, people with fancy cars want to show them off by going really fast, and they are whizzing around the corner and there could be little kids playing and kids get hit,” he wrote. “All I am asking is for you to put a couple of speed bumps in our road and if you don’t want to then at least put down a sign.”

While all of council applauded Van Gerwen on his initiative and believed something needed to be done to address his concerns, they also agreed that a process was needed.

“Typically, with requests like this, what’s good to do is have a set of criteria or have a set of parameters when something like this is done so that council can have indications to where these types of requests would be installed and where they wouldn’t,” CAO Glenn Schwendinger said. “Where certain thresholds are met in terms of traffic speeds and volumes and things.”

He recommended council not take any action until a Transportation Master Plan is completed, which will tell council how to address these requests.

“In terms of the traffic master plan, that would put in place thresholds that would allow us to deal with these things proactively as well so it wouldn’t be essentially political decisions because someone wants it they get it,” said councillor Matt Bulmner.

“Staff would be aware of sort of changing patterns and be able to put things in place before we get the request to do it.”

CAO Glenn Schwendinger said it would be best to receive Van Gerwen’s delegation for information and forward the request to the 2021 budget committee for consideration at that time so that it’s tracked to the master plan process.

“The Transportation Master Plan will provide you an overall management tool as to how to manage your road networks so that you can plan for your future maintenance costs,” he explained.

“It would also look at speed zones, what’s the current speed limit, does it make sense how it’s set,” Schwendinger said. “Is there a way to refine it and if we would refine it, what would impacts of that be and if we reduced the speed limit in certain areas, what would the recommendation be, where would it be located and those types of things.”

However, before the Transportation Master Plan can be considered at budget time, the township needs to complete the Roads Traffic Volume Study and Roads Condition Index Study, he said.

The Roads Traffic Volume Study for hard surfaces and gravel roads will allow the township to better manage the lifecycle of each road segment and optimize the lifecycle model for roads.

The Roads Condition Index Study for hard road surfaces and gravel roads will be completed by a qualified engineer every five years.

The township will be applying for a grant from the Federation of Canadian Municipalities’ Municipal Asset Management Program to complete the two studies.

“I’m just looking forward to getting some of these studies done so that we can move on with this,” councillor Sara Bailey said.

Councillor John Sepulis asked whether the studies would identify safe operating speeds on each Puslinch road.

Schwendinger said he wasn’t sure if it was covered in the next two studies but the information will need to be collected for the Transportation Master Plan.

Mayor James Seeley said he’s wondering what happens to future delegations like someone from Concession 4 who requested a speed reduction from 80 to 60 and whether they’ll be put on hold for the completion of the Transportation Master Plan.

“It would be our recommendation to hold off on that until you can see what the implications are going to be everywhere else,” Schwendinger said.

The cost of the Roads Traffic Volume Study and Roads Condition Index Study is $62,500: $12,500 will be funded through development charges and $50,000 will be funded from the  Municipal  Asset  Management  Grant  Program if approved.