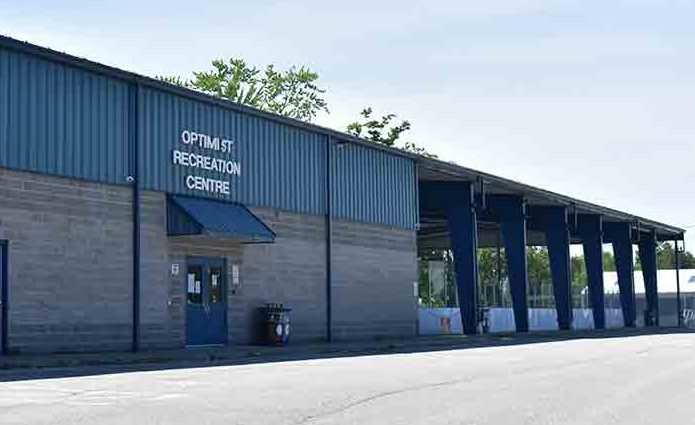 PUSLINCH – Council has decided to go ahead with ice installation at the Optimist Recreation Centre in Aberfoyle for the 2020-21 season.

However, until Wellington-Dufferin-Guelph Public Health can provide guidance about the current COVID-19 situation across the province CAO Glenn Schwendinger said staff is not comfortable providing programming or operational information.

“We do not have enough information at this point with regards to who would be using it and what all those procedures would look like and then how that would all be implemented,” he said at the Nov. 18 council meeting.

“So once we get those together than we can come forward to you with regards to the operational plan itself but at this point if the desire is to make ice, we need to get going with making it so that it’s there for someone to use and we can figure out how it’s used and who uses it once it’s there.”

The issue was first brought to council on Nov. 4, and council was largely in favour of opening the rink this season. However, at that point the Wellington-Dufferin-Guelph Public Health region was at the green-prevent level in the provincial COVID-19 alert framework but has since quickly bypassed yellow-protect and is now in orange-restrict.

The increase in COVID-19 cases made councillor Matthew Bulmer nervous about opening up the rink.

“I must admit that two weeks ago when we were having this discussion … the province had just brought out their framework and … with the thresholds that were reportedly based on science, and I took a lot of comfort from that when we had that discussion last time, so I was very gung-ho to keep it open,” he said. “Since then we’ve learned that those thresholds weren’t necessarily science based and they’ve revised them back to where the health table had recommended them in the first place.

“It undermined my sense of trust in these provincial directions when they changed like that and it’s not a comfortable place to be and I feel responsible for managing these facilities or developing policy around these facilities.”

Councillor Jessica Goyda and Councillor Sara Bailey, as well as Mayor James Seeley were all in favour of proceeding with the rink opening.

“I know there’s some costs to getting the ice in,” Seeley said. “We’re living in an ever-evolving situation here with COVID and my feeling is that if the ice is available and we stay in orange or a better situation with COVID then we can offer this facility to the community because it is outdoors.

“If we don’t go forward with the ice and the COVID situation improves then I feel that we’ll receive a lot more push back from the community by not having the ice available.”

Bulmer clarified that even if the region moves into the red-control category outdoor activities would likely still be permitted, just with smaller numbers of people.

Goyda said she thinks outdoor recreation, like skating on the rink, will be more important than ever this winter.

“I know there’s still a lot of kinks to work out and it will be challenging to keep up with the guidelines as they will probably change, and change often, and change quickly, but I’m confident that we have amazing staff and I know that they will find a way to keep this facility open and safe and within the guidelines and the recommendations,” she said.

Bailey said she’s been receiving inquiries from parents at school about when the rink will open.

“I think it’s a wonderful structure and it would be a real shame to have it just sit there empty,” she said. “The community has worked so hard to get that facility there.”

She added that she “trusts” the municipality to come up with a safe way to manage the ice.

“I think it’s a bit of a risk opening it in terms of financial means but I think it will be a huge value to the community if we can get it up and going,” she said.

However, for councillor John Sepulis that financial burden was too much.

The first reason, he said, was because of unbudgeted costs.

“Costs that I don’t think we can afford given that our budget numbers do not look good,” he said. “And we should be using any COVID money to start repaying anything that has put us in the hole so far.

“To put ourselves further into the hole I don’t think is a financially sound way of doing business.”

Sepulis also pointed out the municipality is “fighting an uphill battle on the COVID front,” as neighbouring municipalities move into higher restriction zones.

“I agree with councillor Sepulis that … our neighbours are going in a direction that’s not favourable but Wellington County has been pretty consistent and I’m supportive of going forward with this recommendation,” Seeley said.

In addition to installing ice at the rink, the resolution also asked staff to proceed with the installation of curtains on the west and north sides of the arena. This issue was also brought up at the Nov. 4 meeting and this year’s installation was contingent on opening the rink.

The curtains would cost about $25,000 and would be paid for through the cash in lieu of parkland restricted reserve.

Sepulis asked for a recorded vote.

He was the only one who voted in opposition to opening the rink with Seeley, Bulmer, Goyda and Bailey voting in favour.