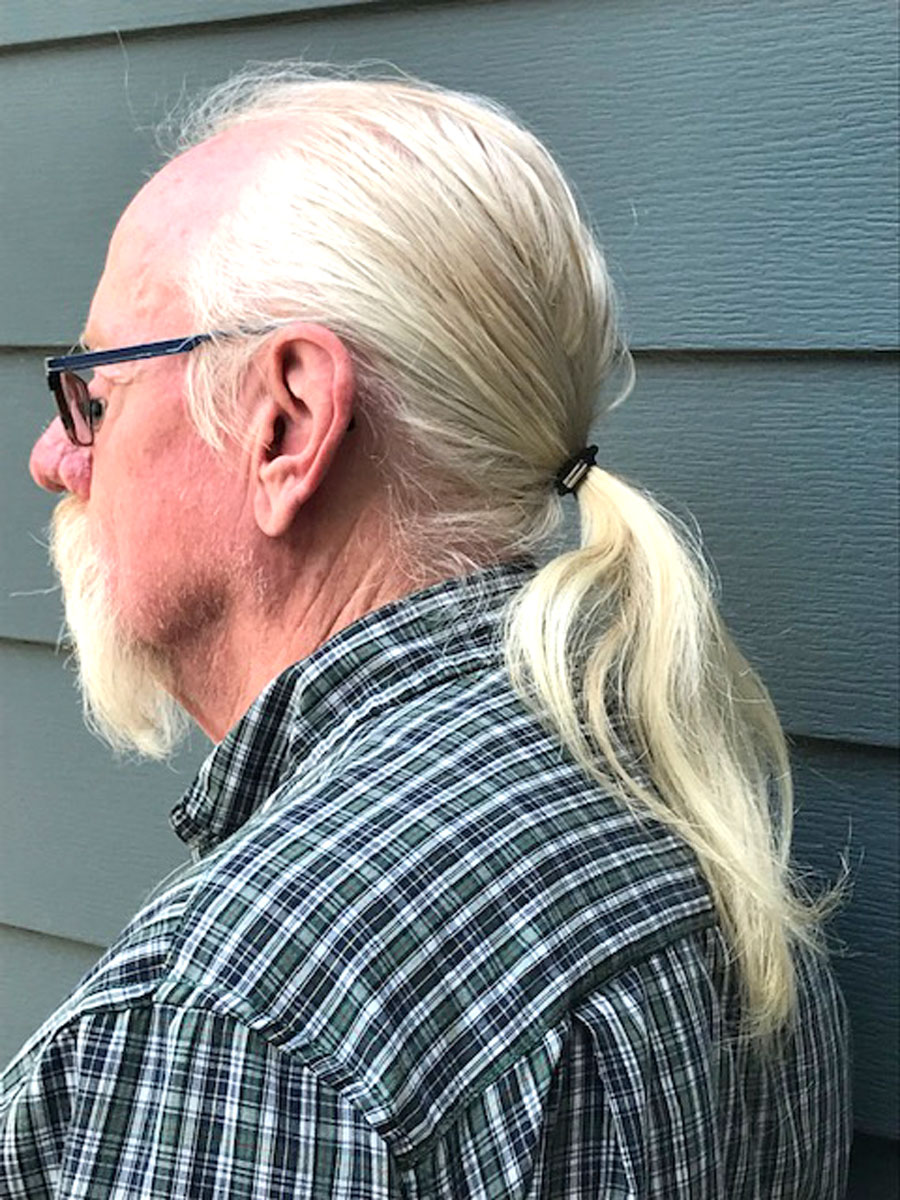 Barry Dawn will be cutting his hair on Canada Day to raise money for efforts in Ukraine. He's donating the hair to Locks of Love. Submitted photo

PUSLINCH – Take a good look at Barry Dawn and his 10-inch ponytail, because on Canada Day it will be gone.

Dawn has agreed to cut his hair, donate it to Locks of Love – an organization that makes wigs for cancer patients – and also raise funds for Ukraine.

He’s got another five weeks or so to grow that ponytail some more.

Then he’ll cut it off at the Optimist Club of Puslinch’s Canada Day celebration.

“It was a spur of the moment thing,” Dawn said in a phone interview.

“I was at a meeting of the Optimist Club and tossed the idea out at our table.

“My thought was I could collect $10 from each member – we have 30 members – and give $300 for Ukraine. But now my goal has grown substantially.”

Dawn said he doesn’t usually get involved in political causes, but the war in Ukraine is impacting the world and he can’t just sit by and do nothing.

“Being a person involved with service clubs all of my adult life, I wanted to help,” he said.

“So I’d like as many donations as possible. It’s a very worthy cause.”

Dawn said he hasn’t cut his hair in at least seven years so it will be strange to have a buzz cut when that happens.

He’s also agreed to shave off his beard.

“My wife said I’ll be a totally new man,” he joked. “I was trying to get her to do it with me but she said no way.”

Any Optimist Club member can accept donations and cheques can also be mailed to the club at 86 Farnham Road, Puslinch, N0B 2J0.

Visit www.optimistclubofpuslinch.com to learn more about the Optimist Club.

Canada Day events will be posted there as well as those plans are firmed up.