The production is a synthesis of dance, theatre and storytelling based on a memoir by Marina Nemat, who, after the Islamic Revolution in Iran, was arrested at the age of 16 for protesting government policies and spent more than two years in Evin Prison.

Isolated, tortured and under a constant threat of execution, Nemat was eventually released and immigrated to Canada. 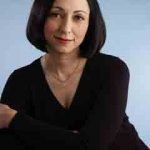 Nemat’s memoir of her life in Iran, Prisoner of Tehran, was published in Canada by Penguin Canada in 2007, has been published in 28 other countries and is an international bestseller. In 2007 she received the inaugural Human Dignity Award from the European Parliament, and in 2008, she received the prestigious Grinzane Prize in Italy.

Nemat is a speaker, writer and activist on the topics of torture and human rights.

Jack Langenhuizen, co-artistic director of Motus O, believes that this moving adaptation of Prisoner of Tehran should be seen in every town in Canada, “as it is incredibly relevant to the current pulse of our times – acceptance of one another, hope in the midst of despair, triumph in the midst of adversity.”

In fact, he says, the performance “inspires one to take a stance against social injustice and persecution, but doesn’t invite anger but rather forgiveness.  One truly leaves the show inspired to do good.”

Mount Forest United Church officials note they are honoured to partner with Motus O, an international performing troupe that has recently made its home near Mount Forest, to bring this production to the area.

Motus O’s works range from balletic to opera, to high-energy street performances. Lithe, innovative and physically risky, they have been commissioned by such groups as the Royal Conservatory of Music and the Pan Am games and have received awards as Touring Artist of the Year from several provinces.

The role of Marina Nemat will be played by Motus O choreographer and co-artistic director Cynthia Croker.

Tickets are $20 and can be purchased at Mount Forest businesses Meat the Butcher and Walsh’s IDA, or at the door. They can also be reserved by calling 519-323-2105. The performance is recommended for ages 14 and up.