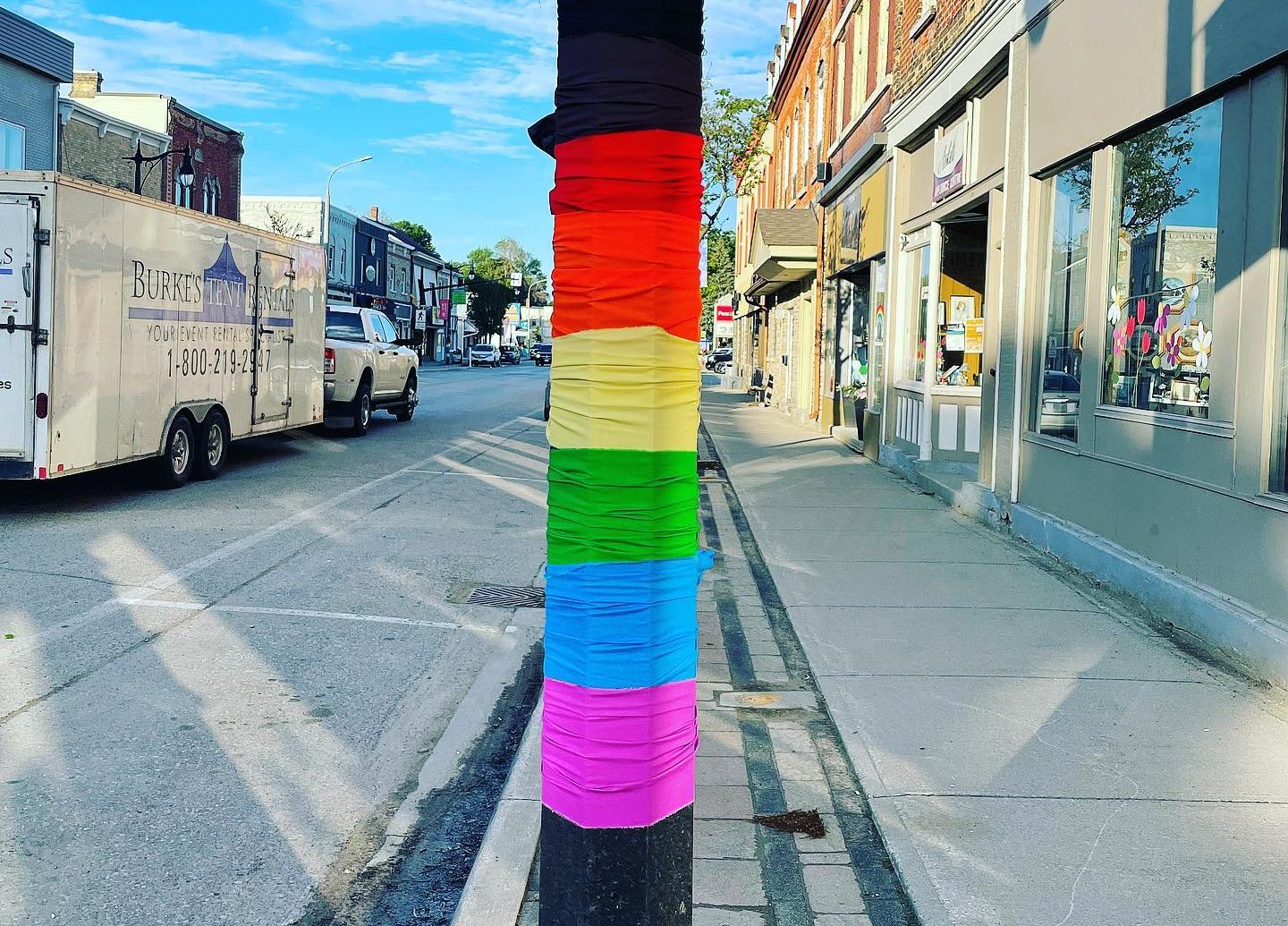 MINTO – While upset with damage to decorations set up for Pride Month (June), local Pride committee members are pleased with the support shown from their community in response to the vandalism.

“We had decorated Palmerston, Harrison and Clifford. Similar to last year, we rainbow-wrapped the poles and put up little features … in the gardens or by gazebos, with a chalkboard and some more ribbons and things. And someone in Palmerston went and either untied or cut all of the fabric down,” explained Minto Pride representative Rosie Krul, who said numerous members of the community reached out to let them know about the damage.

“So I think even though this is a bummer, obviously, the overall message is still a positive one because we had so many people reach out to ask if they could help us redecorate.”

Krul added Palmerston Foodland owner Ron MacTaggart offered to cover the cost of the fabric that was too damaged to reuse.

“So it’s just nice that even when something like this happens there are a lot more people outpouring their support than there are people that are actually the ones doing the damage or making the negative comments online,” Krul added.

In addition to the vandalism, Krul said the group has received “threats of future damage” through online messages.

Krul said she doesn’t think the vandals and message senders represent the community.

“Minto does not strike me as a town where people would do this. It’s a small minority,” she stated.

She also noted the incidents won’t impact the committee’s work in support of the 2SLGBTQIA+ community.

“They tear down, we’ll just put it back up. So Pride will continue … Most of it has already been put up. The stuff that was damaged, we are in the process of replacing,” said Krul.

“So I think it’s really lovely that the rest of the community is stepping up and saying, ‘No, we won’t tolerate this.’

“So far, no one’s physical safety has been threatened,” said Krul

“And we want to assure everyone we’re taking this all into consideration for in-person events … It’s still a family friendly event and we encourage people to come and bring their kids. It will be safe.”

“This investigation is still in its infancy,” Cunningham told the Advertiser in an email.

Krul believes some of the current animosity directed at members of the 2SLGBTQIA+ community may stem from confusion over costs related to a new pedestrian crossover planned for Harriston, which will be painted with rainbow colours.

“Some people have been confused about the crosswalk being a huge cost to the town, when in fact the crosswalk was going up anyway and we’re fundraising for the colour pallet which is the only additional cost to (add) the inclusive flag,” she pointed out.