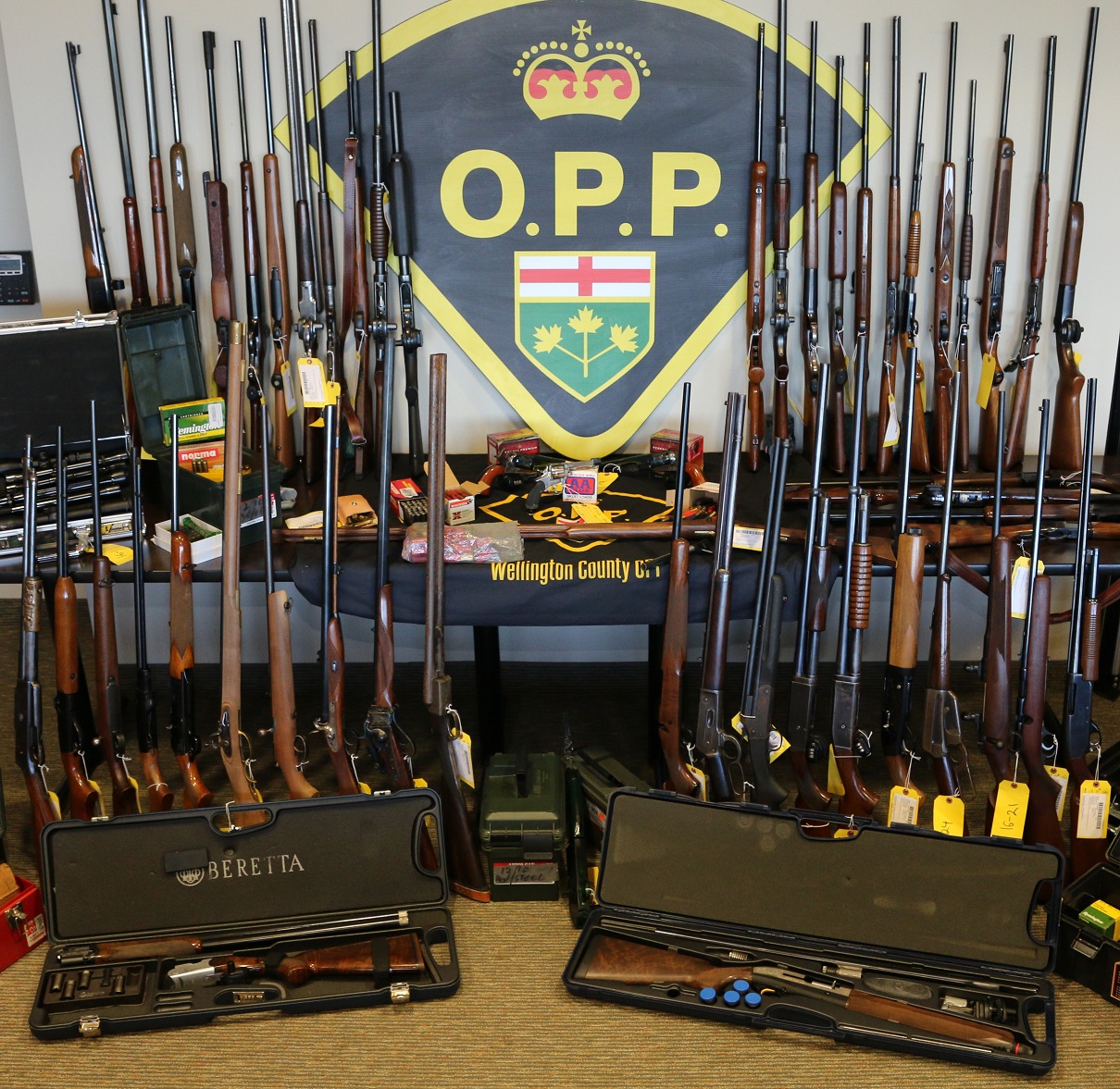 Police have recovered close to 60 guns as part of an ongoing investigation into a break-in and theft in Harriston earlier this year. Submitted photo

WELLINGTON COUNTY – Two men have been charged and close to 60 guns recovered as part of a five-month investigation into a break-in and theft in Harriston.

On March 5, Wellington County OPP responded to a home in Harriston after someone broke in and stole a number of firearms, in addition to other items. Police estimate the value of the theft at over $50,000.

As a result of the subsequent investigation, police executed a search warrant on Aug. 6 at a property on Highway 89 in Mount Forest and recovered 55 stolen firearms, including two handguns.

Search warrants were also executed on Aug. 7 on Grange Street in Guelph and on Aug. 8 on Elizabeth Street in Harriston, which recovered two more guns and some drugs.

Edward (Ted) Petsinis, 55, of Guelph, was charged with possession of firearms obtained by crime, possession of a prohibited weapon and possession of methamphetamine. He was held for a bail hearing.

Gregory A. Gibson, 55, of Harriston, was charged with possession of firearms obtained by crime, careless storage of a firearm and possession of a restricted firearm. He is to appear in Guelph court on Sept. 10.

Police say they have not recovered all the stolen firearms and are asking anyone with information to call 1-888-310-1122.