FERGUS – Police are looking for help to capture a thief caught on a surveillance video here recently.

On Nov. 9 Wellington County OPP responded to a break-in at an apartment complex on Scotland Street in Fergus.

Police say that at about 7am, someone was captured on surveillance video breaking into the building, entering the parking garage area, entering an unlocked vehicle and steeling a garage door opener.

“The suspect then exited the building and drove a stolen blue Toyota Highlander into the parking garage,” police stated in a press release.

“Once inside, the suspect entered the tenant storage locker area of the garage and stole a variety of household items and tools.”

Police are asking for help to identify the suspect (see photo), who was driving a  blue Toyota Highlander that was reported stolen from the Milton area. 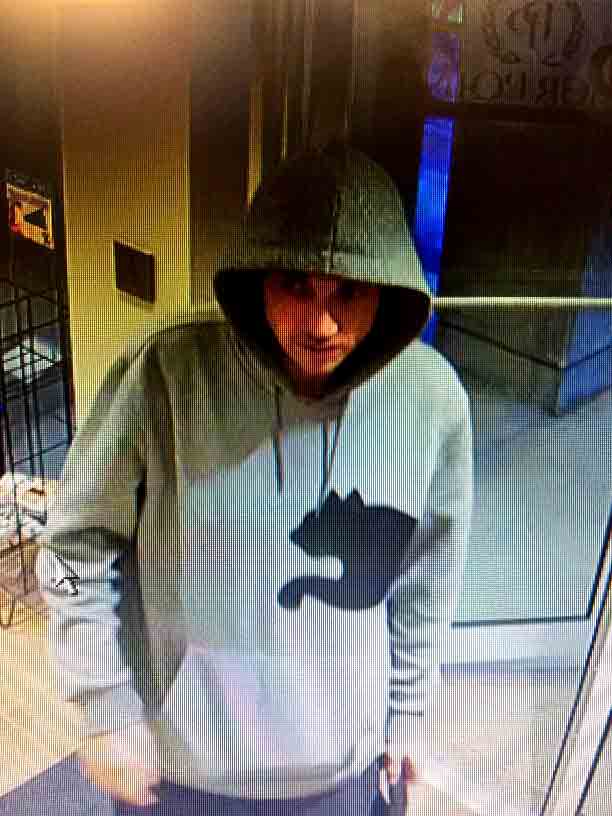 GUELPH-ERAMOSA – A Kitchener man faces 14 charges after trying to evade police for hours.

On Nov. 15 at about 9am, Wellington County OPP received a call about a suspicious vehicle in the area of the 4th Line of Guelph-Eramosa “that appeared to be casing residences,” police say.

“Officers arrived at a residence and observed the door of the home forced open and the vehicle reversing down the driveway,” police stated in a press release.

“The driver exited the vehicle carrying a backpack and fled into the bush on foot. A query confirmed that the vehicle was stolen and loaded with stolen property.”

Uniform officers setup containment of the area while the Wellington County OPP Canine Unit and the Emergency Response Team, along with OPP Aviation services and the Guelph Police Services Canine Unit, conducted a search.

After more than four hours, the suspect was located and taken into custody without incident.

Lyndon Garret Wesley, 38, of Kitchener, was charged with:

– three counts of possession of property obtained by a crime;

– break and enter with intent to commit an indictable offence;

– unauthorized possession of a weapon;

– failing to comply with a probation order; and

– five counts of failing to comply with a recognizance.