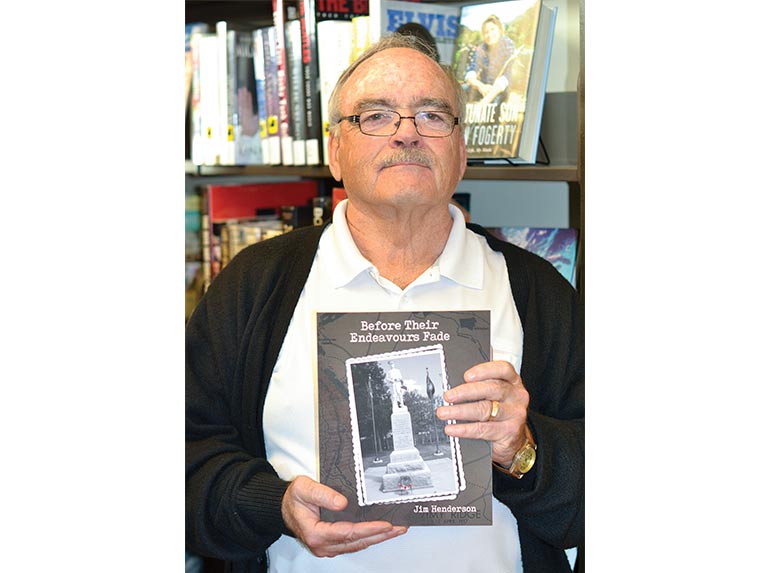 Jim Henderson with a copy of his new book "Before Their Endeavours Fade."

Jim Henderson recently launched Before Their Endeavours Fade, which chronicles the 44 soldiers whose names are engraved on the Palmerston cenotaph.

“Growing up when I went to the cenotaph … I saw the granite soldier on the top of a monument with names and dates and some places,” Henderson said.

“As a child I often wondered what are those names? Why are they there?”

His 470-page book answers those questions.

In addition to personal interest and research, he learned a lot on those tours and decided to put his knowledge into a book and share it with the wider population.

He will be talking about his experience at the Wellington County Museum’s Archives to Armchairs local author series on Nov. 24.

The series is meant to “inform the public about the fact that the resources found in the archives (letters, diaries, census information, newspapers etc.) could be used to write or enhance the writing of a book, whatever the genre, historical fiction, family or local history,” said archivist Karen Wagner.

Henderson is more than just a historical author, he has lived experience.

Between his own trips overseas and the Canadian battlefield tours he led, Henderson has visited the graves or memorials of 40 of the 44 soldiers whose names are on the Palmerston cenotaph.

“They’ve got more difficult,” Henderson said. “I’ve got four to do and I’m going to visit them all. That’s one of the goals I have in life.”

One of the graves he visited was that of Private George Earle Robinson of Palmerston, the only soldier on the cenotaph to die in the Korean War. 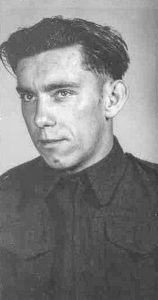 Robinson went to war when he was 19 years old because his brothers had fought in the Second World War and he wanted to serve his country too, Henderson explained.

Robinson left for Korea in December 1951 with Princess Patricia’s Canadian Light Infantry and he was killed on the Imjin River, now part of the boundary between North and South Korea, on Oct. 13, 1951.

“I took a tour to the DMZ (demilitarized zone) when I was there, which was one of the most interesting things I’ve … ever done traveling,” Henderson said. “And so I was very close to where he had lost his life, because it was someplace on that river right in that area.”

“Nobody from Palmerston has ever been there,” Henderson said. “That was one of the most emotional things I think I’ve ever done.”

He took photos of the grave, cemetery, surroundings and various memorials and put an album together for Robinson’s family, some of whom still live in the Palmerston area.

“Those photographs have been passed around to everyone in the family so that they could bring some closure because nobody had ever been able to … do that,” Henderson said.

During his research, Henderson found a letter from Robinson’s mother asking that Robinson be repatriated back to Canada after his death.

However, the Department of National Defence replied that repatriation of the war dead didn’t happen in Canada.

In 1970 the Canadian Government changed its policy to allow Canadian military personnel who die abroad to return home to Canada for burial.

Henderson speculated the policy denying repatriation occurred after 1915 because one of the Palmerston soldiers who died in the First World War was repatriated between Aug. 18 and Sept. 30, 1915.

Hugh Wilford joined the Army on Sept. 22, 1914 at Valcartier, Quebec when he was just 19 years old, along with Milton McCaughrin and Charles Buck from Palmerston. 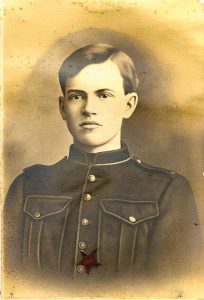 All three men died in the Great War.

Wilford was shot in the head on July 19, 1915 in France while performing messenger duties.

“He rode a motorcycle or a bicycle around and took messages across – a very dangerous job,” Henderson said. “Most of them wouldn’t last a week … and the Germans would try and pick them off, and they would have to use the most direct way to get the messages.”

Wilford was given first aid and hospitalized but after a minor procedure it was discovered his head wound was serious, Henderson explained.

He was moved to Netley Hospital in London, where he received more surgery, but succumbed to his injuries on Aug. 9. He was buried on Aug. 11 but was exhumed on Aug. 18 and put in a special casket to travel back to Canada.

“So he was repatriated after being buried in England, after being shot and wounded in France, and he was sent back to Palmerston,” Henderson said.

“His father was a … big cheese in the Grand Trunk Railway right here in Palmerston.

“He comes home and his family is waiting at the railway station, as are hundreds and hundreds of people because this is really big news,” said Henderson.

Wilford’s body was taken to his parents’ home for a few days and then to the Palmerston Arena for a full funeral with four members of the clergy, a band, a choir and 160 soldiers from Guelph, Henderson said.

His body then proceeded to the Palmerston Cemetery, where thousands of people lined the route and he received a full military funeral at the cemetery.

In stark contrast, Henderson noted that in 1916 a commander, the highest ranking Canadian officer, died outside of Ypres in June, yet he was buried oversees and never repatriated to Canada.

“Both the Canadian and the British governments would have decided there’s just no way logistically we can do this and they probably just didn’t have any insight into how many dead they’re going to have to deal with,” Henderson said.

Later he added, “there wasn’t even a consideration because they’d already established a policy.”

Before Their Endeavours Fade is more than just a history of each of the 44 soldiers whose names are on the cenotaph.

“I placed that background into the major battles that they were involved with, culminating in what happened to them,” Henderson said.

Wagner said it was Robinson’s connection to Remembrance Day that inspired the archives to ask him to speak in November.

“He’s done a great job,” Wagner said, adding she hopes Henderson’s first book shows people “you can be an ordinary individual and just have a passion about some aspect of local history and you just go out there and write about it.”

Before Their Endeavours Fade can be purchased for $40 by emailing Henderson at henhouse2@rogers.com or contacting Wagner at the Wellington County Museum and Archives.

Copies are also available to borrow at the Harriston and Palmerston libraries.