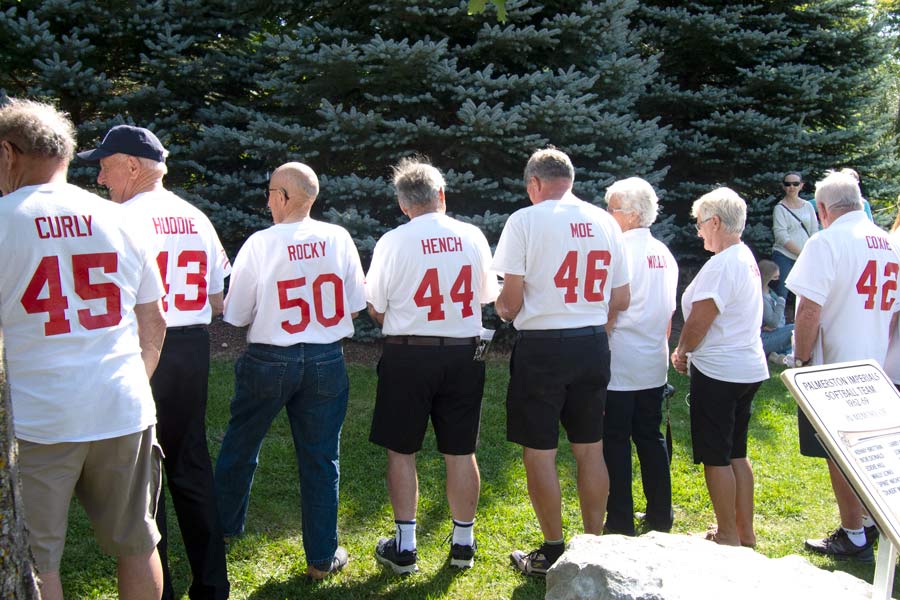 Nicknames - Surviving team members wore shirts with their number and nicknames on the back at a ceremony memorializing their Palmerston Imperials teammates. They joked that there’s a Curly and Moe, but no Larry. Photos by Joanne Shuttleworth

PALMERSTON – Many of the surviving members of the 1962 to 1969 Palmerston Imperials softball team attended a ceremony on Sept. 11 to remember 13 teammates who have passed away.

The event in Lions Heritage Park saw about 80 people come for the unveiling of a plaque, and family members placed a white rose in a vase in commemoration. 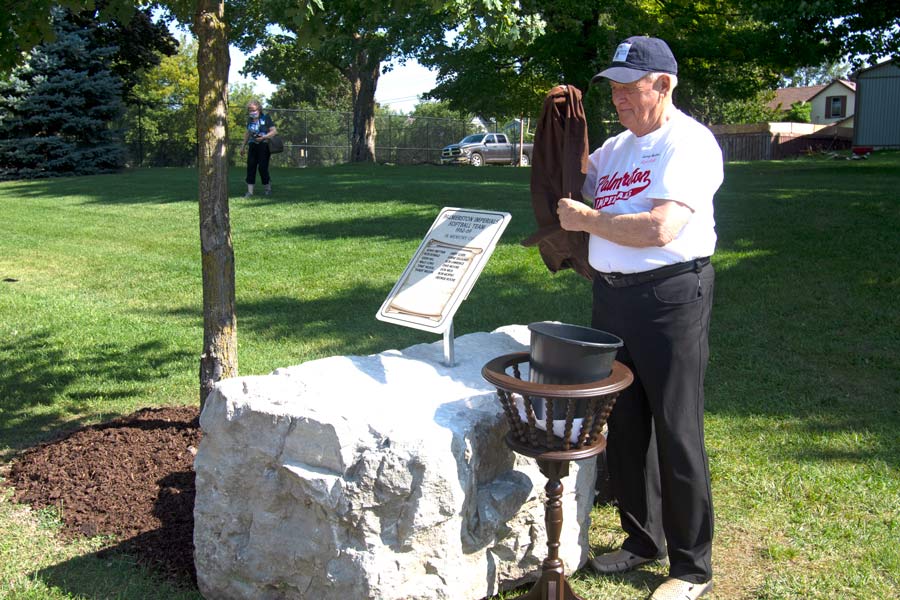 “We’re here to remember people from our team who are no longer living, as well as celebrate those who are still with us,” said Murray Coulter, a former Imperial who emceed the event.

Coulter outlined a bit of the history of the team that won two championships –  in 1962 and 1967. Coulter was 16 years old when the team, part of the Grand River Softball League, won the championship in 1962.

“It was such a feeling of joy,” he said, noting he was a kid playing on a men’s team and was greatly influenced by his adult teammates.

“I learned life lessons, like how to win graciously and to lose graciously. It was a really positive experience playing with the men.

Others shared memories of playing evening games on diamonds with no lighting and hitting balls into neighbouring backyards.

Family members of the deceased as well as the living came from far and wide to pay their respects and enjoy reconnecting. 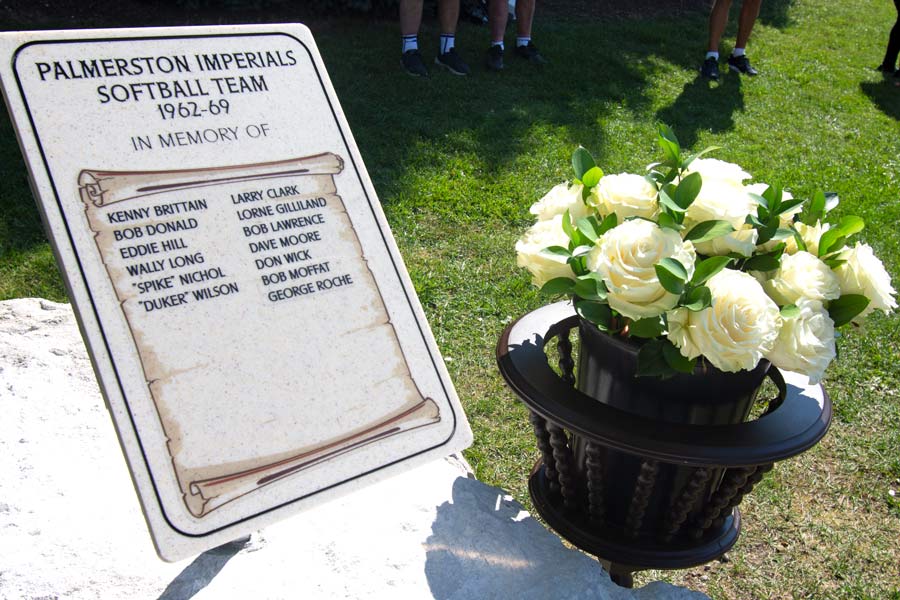 Memorial – The Palmerston Imperials softball team from 1962 to 1969, unveiled a memorial plaque in Lions Heritage Park at a ceremony on Sept. 11. Family members who attended placed a white rose in the vase beside the plaque. The team won the Grand River league’s championship in 1962 and 1967.