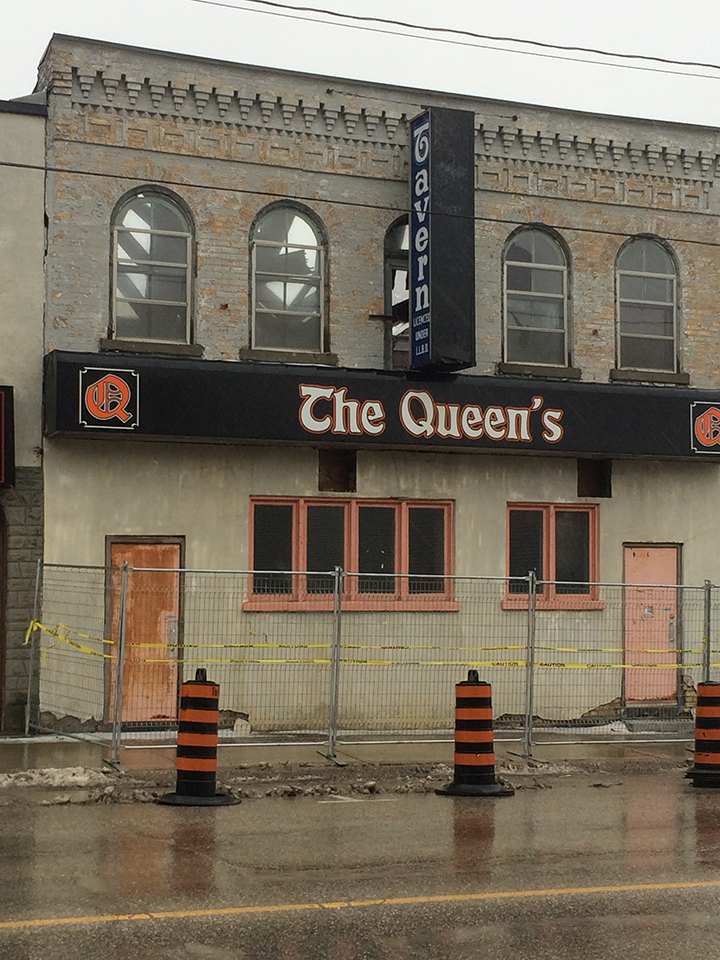 Collapse - The roof of the former Queen's Hotel/Tavern in Arthur collapsed on Dec. 7. Fire officials say the roof collapsed inward so no debris fell on the sidewalk or street. Photo by Mike Robinson

ARTHUR – The roof of the old Queen’s Hotel collapsed here on the weekend, but luckily no one was injured.

Wellington North Fire Chief Dave Guilbault said firefighters were called to the vacant George Street building at about 8:45am on Dec. 7.

Guilbault stated the roof of the building collapsed inward, so no debris fell on the sidewalk or street.

On the scene on Saturday were Arthur firefighters, Wellington North public works staff, the township’s chief building official and the fire chief.

Guilbault stated the area is deemed safe, but the building is no longer structurally sound and will need to be demolished.

Local historians estimate the building is over 140 years old.

The proposal included using some of the underutilized/vacant land behind the building for two large additions and a new stand-alone building, offering up to 70 rental housing units and a large green space.