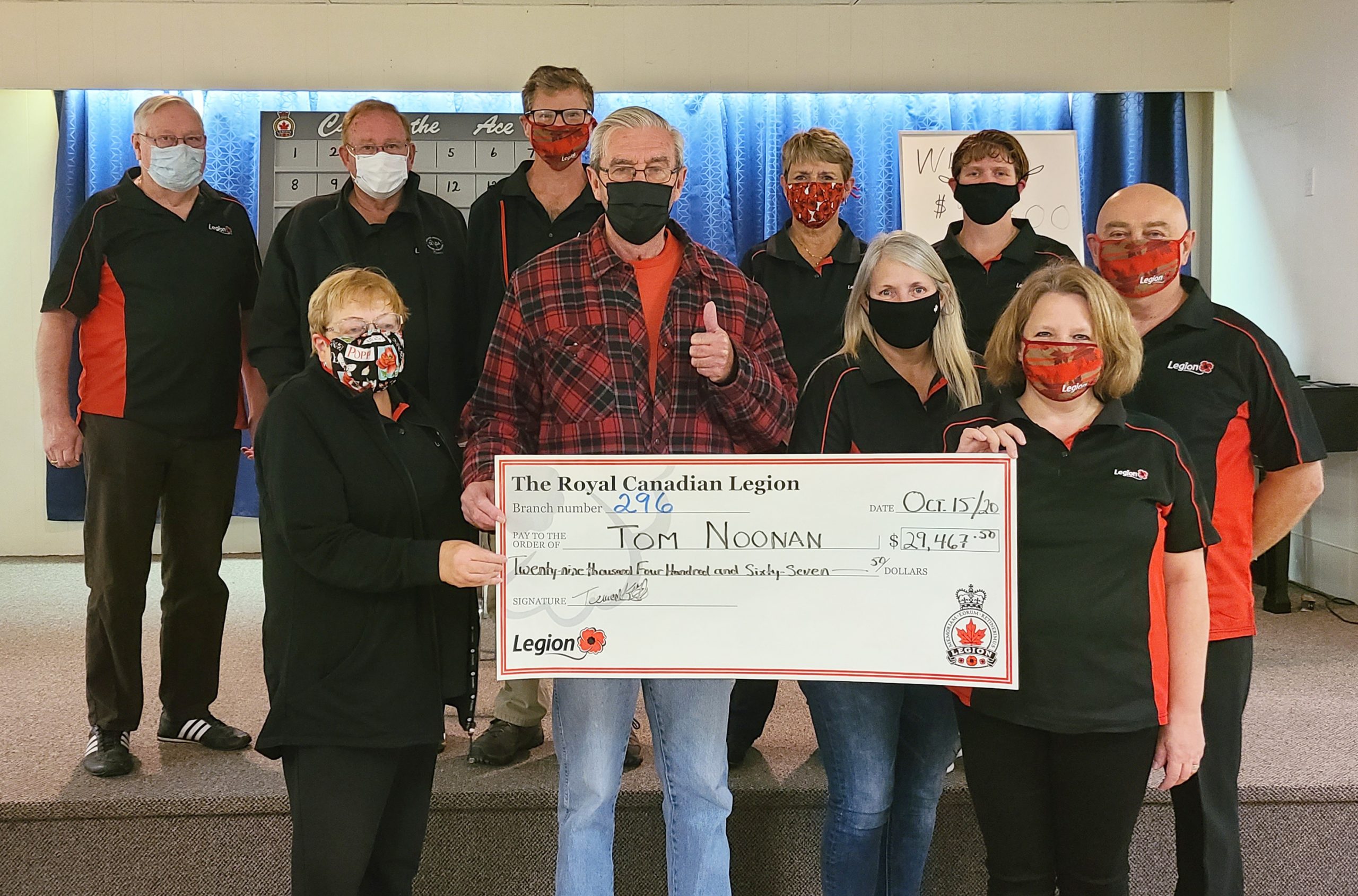 On Oct. 15, Noonan chose envelope number 43, which contained the elusive ace of spades.

Noonan accepted a cheque for $29,467 from members of the Legion Branch 296 Catch the Ace Committee.

“Congratulations to this committee for their successful inaugural Catch the Ace draw,” Legion Branch 296 officials posted on Facebook.

“Thank you to all our supporters that bought tickets. We live in a very generous community with a lot of supportive people.”