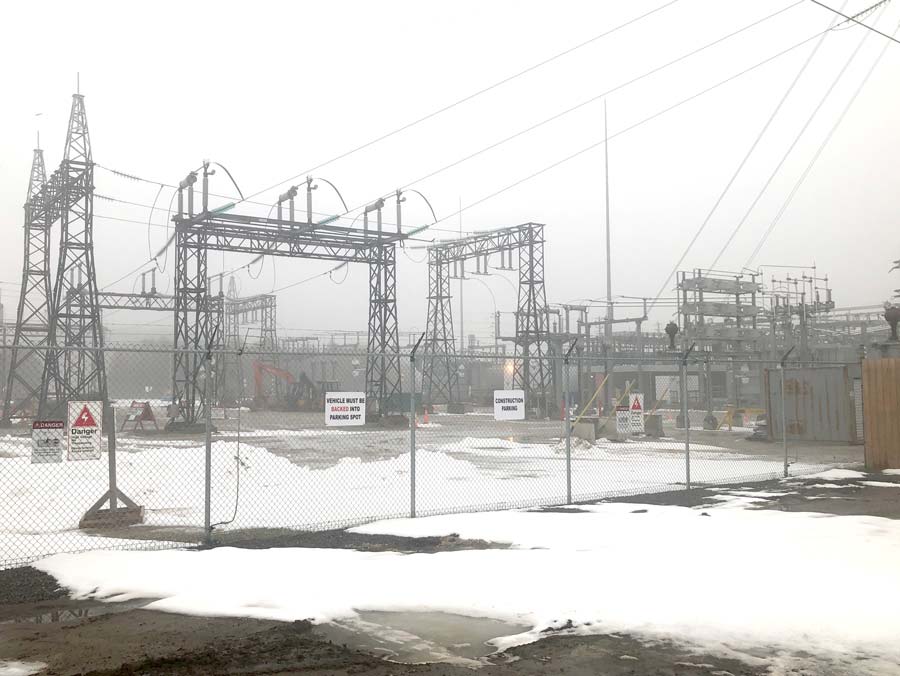 Substation updates - Westario Power has embarked on a plan of upgrading its substations, like this one near Palmerston, over the past five years. Minto Mayor George Bridge credits the upgrades with reducing the number and duration of weather-related power outages.

MINTO – This municipality received $74,300 in dividends on its holdings in Westario Power Inc. in 2018 and the investment has brought in more than $600,000 since the current iteration of the local utility was formed in 2009.

Minto holds a stake of just over nine per cent of the company, along with eight Bruce, Grey and Huron County municipalities and Fortis Ontario, a publicity-traded utility.

Fortis owns around 10% and other municipalities hold shares ranging from around 3% to just over 24%.

Leonce explained the province announced the restructuring of Ontario’s electricity market in 1999.  In November of 2000 the eight municipalities and Fortis Ontario formed Westario Power Holdings Inc.

Leonce said he anticipates continued financial success for the utility.

“We expect that to continue, with great management of the operation and making sure that we continue to find efficiencies in our business.”

He also pointed out the utility enjoys a high degree of customer satisfaction, with a survey indicating a 95% satisfaction rate among the Westario’s 23,000 customers in 2020.

Mayor George Bridge, who chairs the Westario board, noted the survey was done by a third party and compared the utility to industry standards.

“It’s a great tool for the board to know whether we’re providing the service that we think we should. I give the staff a lot of credit,” said Bridge.

“We’re really proud of that and I think the question for us is how do you sustain that?” added Leonce, who pointed out Westario has embarked on a plan of upgrading its substations over the past five years.

The utility maintains over 550 kilometres of distribution lines and 10,500 poles.

“I like that you make money for us,” commented councillor Ron Elliott.