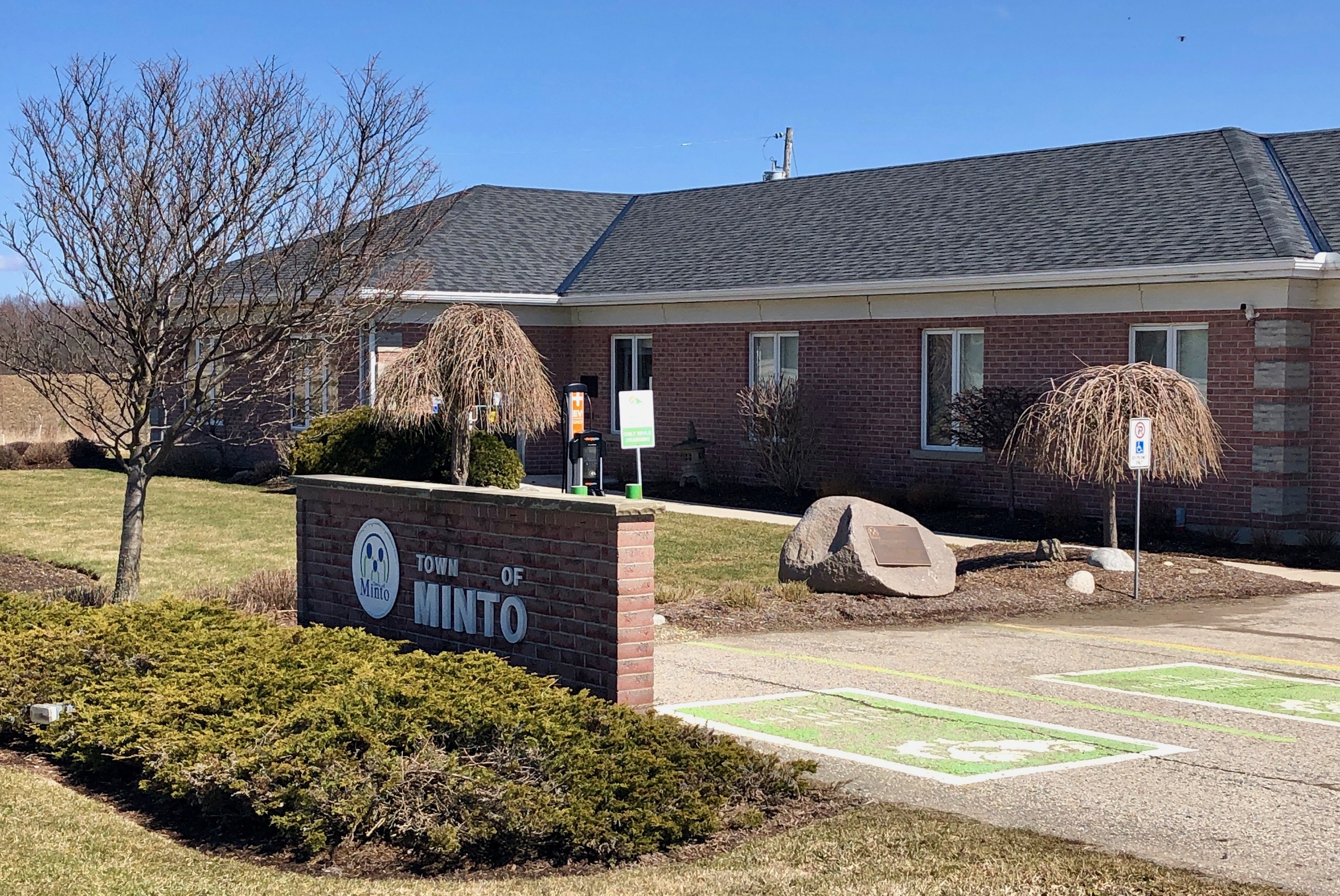 MINTO – A treasury department report is tentatively projecting a combined $250,000 bottom line impact from COVID-19 on operations and water budgets for the municipality.

However, treasurer Gordon Duff anticipates the difference can be covered by drawing on the town’s tax stabilization reserves and adjustments to spending plans.

Duff presented a report on COVID-19 contingency plans to Minto council on June 2 via video conference.

“This report’s been through a lot of drafts because as soon as we write down something things change,” said Duff.

“What we’re trying to show you is we do have plans to make modifications if we have to, both on the operating side and the capital side.”

He added, “There’s certain savings that are coming. We’re not travelling; we’re not spending on the fuel and that kind of thing. And of course our event days are basically off for the next couple of months anyway.

“The really hard one to determine is our recreation revenues. And that is very common to our lower tier municipalities.”

Duff stated the financial impact of COVID-19 on municipalities will be significant.

“The exact nature of these challenges is very dependent upon the length of the economic shutdown and on how normal operations can be resumed and to what extent,” he stated.

“To date, most of the support programs announced by the federal and provincial governments are not directly applicable to municipalities. However, as they serve to assist the finances of residents and businesses, they do help to maintain the cash flows of the town.”

In general, Duff noted, the loss of revenue is projected to be more significant than extra expenses caused by the pandemic.

Much of the lost revenue will be related to fees for services such as marriages or hall rentals. Others will be from the waiving of interest charged on unpaid accounts, while another source will be from the loss of partner sponsors for events.

For example, administrative department revenue losses from fewer marriage fees and lost late payment charges and interest are estimated at $45,500. Savings from reduced travel and training and advertising are forecast to be around $27,900.

Duff said that in order to track specific COVID-19 related expenses, separate accounts have been set up, similar to what was done for the 2013 ice storm costs.

Estimated additional costs at this time are $110,000 in direct material costs and emergency expenditures.

The report states the fire department will likely have reduced donations and inspection fees with a forecast decrease of $10,500.

“There are few possible expense reductions to this essential service but savings of $5,000 are likely,” the report states.

Road and drainage maintenance and public works operations are very essential services. Most departmental revenues are covered by contracts so only $5,000 in lost revenue is projected.

Similarly, possible savings are fairly small with an estimated $40,000 being forecast.

Duff said the report is based on anticipated moderate impacts, “hoping we can run some programs later this year and hopefully in the fall we’ll be able to have our arenas and sites of activity again.”

Duff pointed out, “When we first wrote this we couldn’t have community gardens and that changed.”

Overall Duff said the anticipated negative impact on the tax-supported operating budget will be $154,000 on the bottom line.

“That can be covered adequately from the tax stabilization for adjustments on capital,” he predicted.

Duff said impacts on the town’s water revenue have been “a pleasant surprise.”

“Many municipalities are experiencing a very sharp, and I mean like 35 to 40 per cent, reduction in their commercial and industrial consumption,” he pointed out.

“But in our case most of our business kept going. Our retail sector, of course, has been very hard hit, but they’re not big water users.”

Duff said the anticipated $105,000 shortfall in the water budget “can be covered by our water and wastewater reserves.”

Duff said major capital projects for 2020, such as the Arthur Street construction in Harriston and Anne Street project in Clifford, are already in progress.

“They’re well underway and a lot of them are covered by grant agreements so we have to make sure that they go,” he explained.

Duff noted that an updated report on the town’s tax collections indicate they are within a couple of percentage points of last year’s levels.

“So that’s gone very well. It certainly helps our cash flow and I certainly intend to make our payment to the county and the school board because we can,” he stated.

Both the county and the school board have offered municipalities the option of deferring until December a tax transfer payment due at the end of June.

Duff noted while attempting to balance budgets, the municipality also has other considerations.

“We are kind of the engine of the local economy and if we cut back too far that’s not good for anyone,” he said.

“I see from your report that we’re not in real bad shape, but there’s things we have to do,” commented Mayor George Bridge.

The mayor said he is confident upper levels of government will come through with financial support for municipalities in the end.

“I think all levels of government seem to want to work together right now, which is good,” Bridge stated.