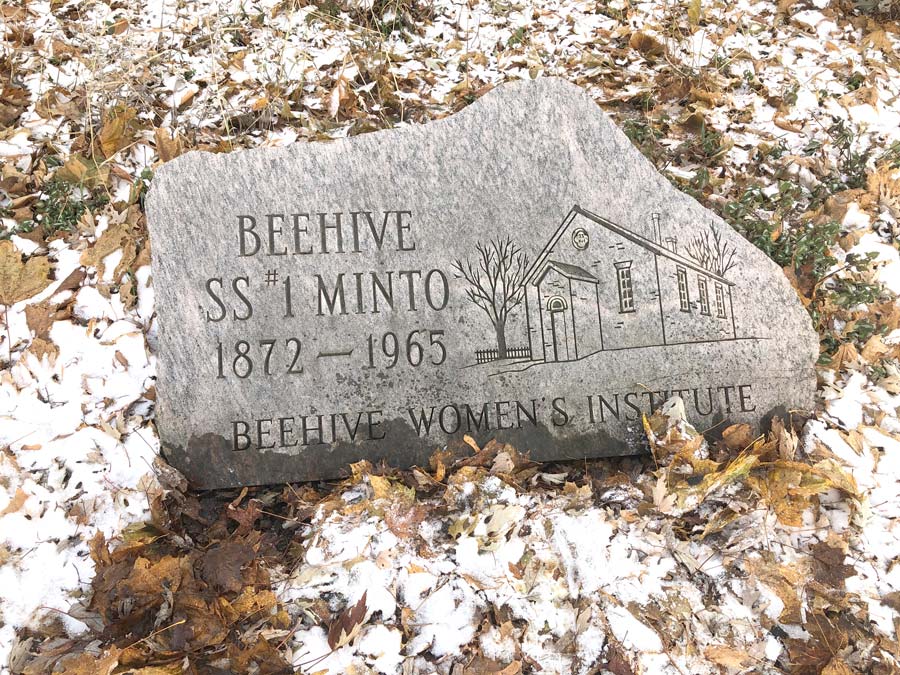 Beehive Park - Town of Minto officials are concerned about public mis-use of Beehive Park, a roadside rest area, located at the corner Wellington Road 109 and Beehive Lane on the former site of a one-room schoolhouse, SS #1.
Photo by Patrick Raftis

MINTO – Town of Minto staff are concerned about misuse by the public of Beehive Park, south of Harriston.

“This rest area has been under our care since around 2001 and, while most users are good, we’ve seen some misuse over the years,” said recreation  services manager Matt Lubbers at the Nov. 19 council meeting.

Facilities manager Al Carr reported at a recent Parks and Recreation Advisory Committee (PRAC) meeting that misuse of the park has included dumping, including in one case raw sewage from an RV.

Carr asked members of PRAC to consider options for the property, including declaring it surplus and selling it.

The committee endorsed staff exploring options for the property to bring directly to council.

“We’d like to bring a detailed report to your next meeting outlining some options and their budget implications for you to consider moving forward,” said Lubbers.

The park is located at the corner of Wellington Road 109 and Beehive Lane on the former site of a one-room schoolhouse, SS #1.

An 11-member citizen task force has  been established to create a Recreation, Culture and Facilities Master Plan for the town.

Lubbers reported at the Nov. 19 council meeting the members were selected from applications received by the local Parks and Recreation Advisory Committee (PRAC).

“Town staff, including myself, will only be involved in the process to provide information, facilitate meetings and organize the information we receive from our residents to the online Engage Minto platform that we’ll be using,” explained Lubbers.

An organizational meeting has been set for December and Lubbers said the group will “hit the ground running in January,” with the aim of completing the project by the fall of 2020.