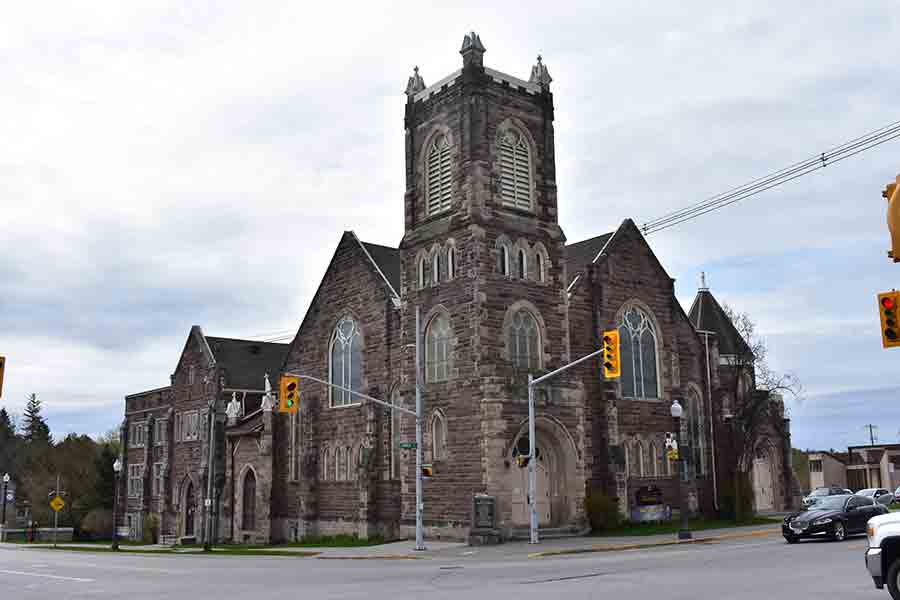 Important milestone - The congregation of Melville United Church in downtown Fergus is commemorating its 175th anniversary this year. Photo by Keegan Taylor

FERGUS – Banners have been placed outside Melville United Church in downtown Fergus to announce the 175th anniversary of the congregation.

Melville had its beginnings within St. Andrew’s Church.

But then-minister of St. Andrews, Rev. George Smellie, was attracted to the Free Church movement in Scotland and in October 1845 led most of the congregation in that direction.

The break-away congregation built the first Melville Church, south of the river, on land donated by Adam Fergusson.

The church is named for Andrew Melville (1545-1622), a Scottish Protestant reformer who believed that government should have no control over the church – especially not in the appointment of ministers.

The old church became too small and when the present church was opened in 1900 it was the largest church in Wellington County outside Guelph.

In 1925 the majority of Melville members decided to join the new United Church of Canada.

The Wesley Methodist Church, also decided to join the United Church and a year later merged with the Melville congregation.

With major support from the Beatty family a new education wing and hall was completed in 1931.

At that time there were 500 children in the Sunday School and the additional space became the centre of recreational life in Fergus.

During Covid-19 isolation services at Melville are virtual at melvilleunited.com.

“It is hoped that by October large groups can again meet for worship and planned anniversary celebrations,” church officials state.