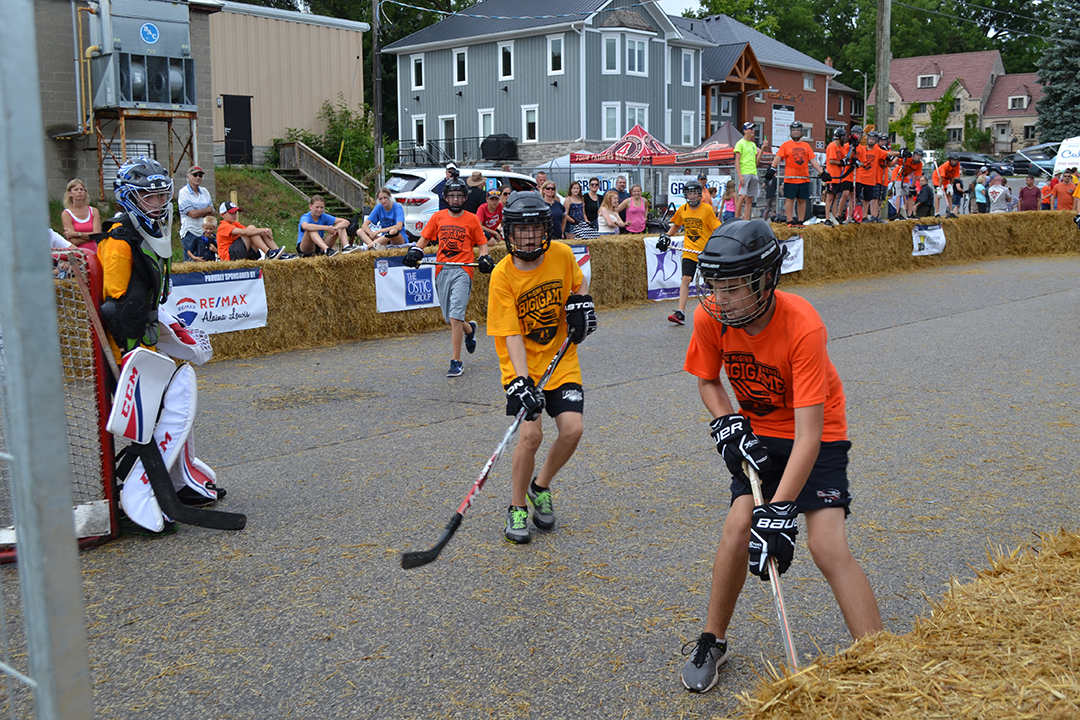 The event, which benefits Big Brothers Big Sisters Centre Wellington (BBBS), moves to the Fergus sportsplex this year after a successful inaugural event on St. Patrick Street West in 2018.

Registration starts at 7am on Friday, with games throughout the day, starting at 8am and culminating in the championship games at around 4pm.

The McGinn Brothers Big Game will take place prior to the finals, at around 3pm.

The free game features about a dozen NHL players squaring off in a fun game against the top youth fundraisers.

– Jason Dickinson of the Dallas Stars;

– Nick Ritchie of the Anaheim Ducks; and

O’Reilly, who has known the McGinns for years, said it was an easy decision for him to take part in the event.

“It’s a beautiful place. It’s just nice have some fun and raise some money for a good cause,” he told the Advertiser last year.

Tye McGinn noted his family was quick to support the event when approached by Allan Boynton, who came up with the idea in response to a number of recent suicides in the Centre Wellington area.

“Everybody deals with mental illness and any way you can help out and give [kids] that positive attitude, it’s something you will appreciate, as well as them,” said Tye at last year’s event.

Event officials will present proceeds from the Big Game to BBBS during a special cheque presentation on Aug. 16 at about 7pm at Riverfest Elora in Bissell Park.