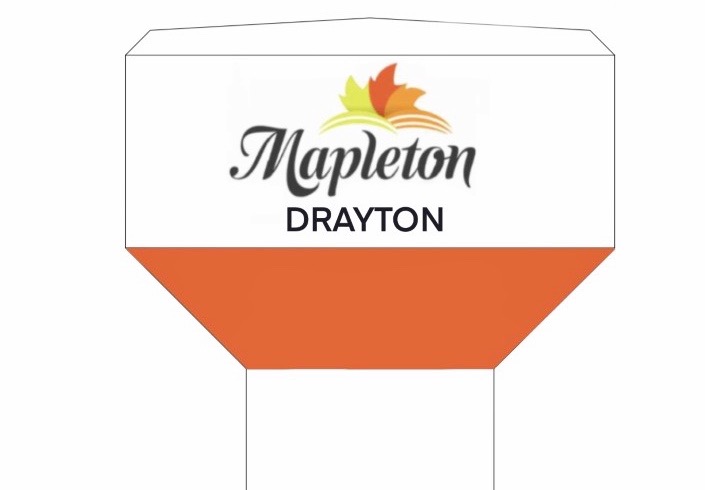 A rendering of the new Drayton water tower. Submitted image

MAPLETON – The new water tower in Drayton will follow the colour scheme of the Mapleton logo and the village’s name will appear on the tower along with the township’s.

On March 25 the township released the Drayton Water Tower Design Survey. The survey closed on April 12 and three respondents were chosen to win $50 gift cards to local businesses, the report explains.

The survey results indicate the most favoured design was the red/orange colour from the Mapleton logo to be the underside colour of the tower, the Mapleton logo be used with no tag lines and DRAYTON written beside the town logo.

The survey drew nearly 440 responses, the majority of which Cripps said came from the Drayton area.

“We had a great amount of people that responded to it, which is great to see people are interested in the infrastructure in Mapleton and happy to get involved,” Cripps told council.

Councillor Paul Douglas said he is “pretty happy with the number of respondents and I think the choice was good.”

Mayor Gregg Davidson asked if councillors were in agreement with putting the world “Drayton” on the tower.

“I think we put it out to a survey, so I think we have to abide by the results of the survey at this point,” said Douglas.

Davidson replied, “We are the Township of Mapleton and ’m not a big fan of having the world Drayton underneath it because we are the township.”

He continued, “I can understand Region of Waterloo and then having Elmira underneath it, but we are Mapleton – that’s why I wonder if you want to keep it that way?”

Council accepted the report and directed staff to design the tower in accordance with the survey results. 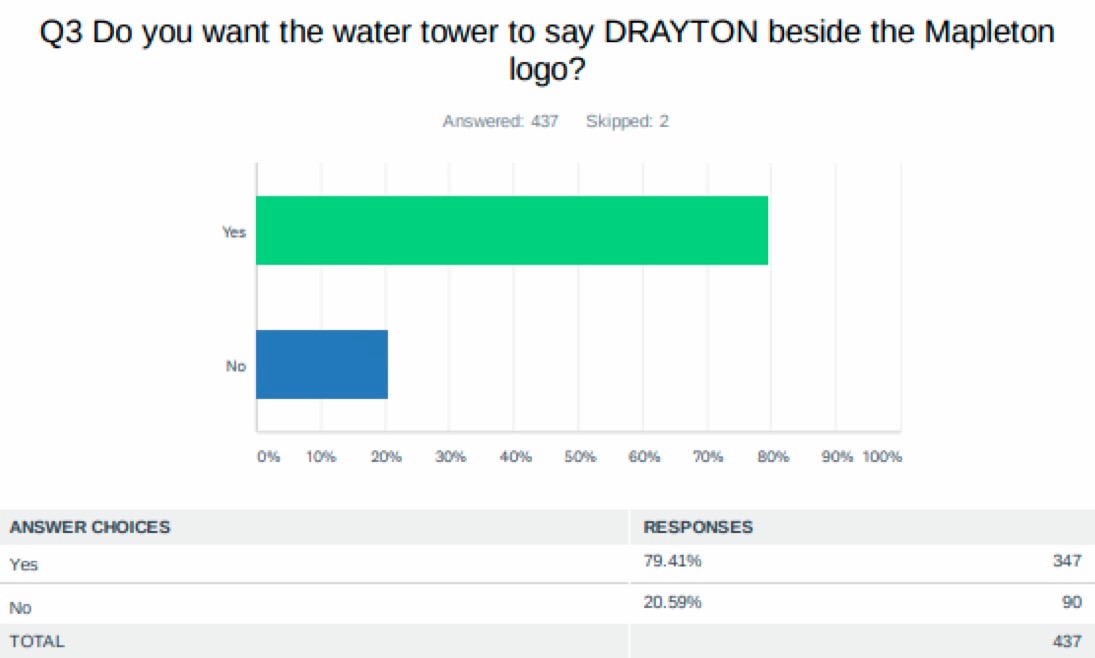 Results of a Mapleton Township survey showed that about 80% of respondents wanted the word “Drayton” alongside the township name on the village’s new water tower. (Mapleton agenda image)