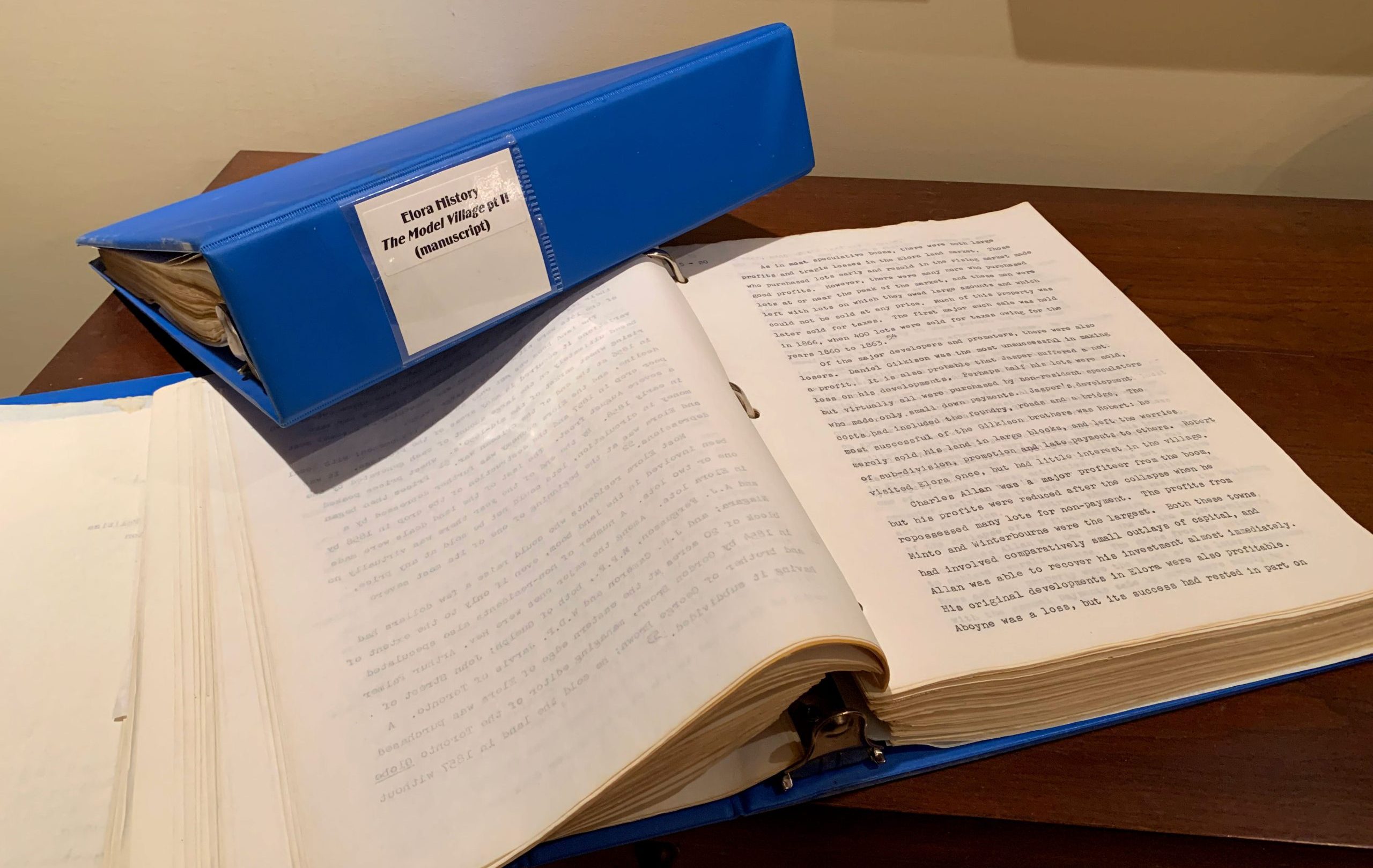 The Wellington County Historical Society is on track to publish a manuscript of Elora’s history, one that carries on the legacy of late historian and columnist Stephen Thorning. Submitted photo

ELORA – The Wellington County Historical Society (WCHS) is on track to publish a manuscript of Elora’s history, one that carries on the legacy of late historian and columnist Stephen Thorning.

The manuscript, titled The Model Village and the Struggle for Success: A History of Elora, Ontario, was discovered in the study of the late historian.

Since finding the unfinished manuscript, the WCHS has been looking for financial help to publish it.

“Armed with an insatiable curiosity about the village he called home, renowned local historian Stephen Thorning began researching and writing the history of Elora in the late 1970s,” details a statement on the historical society’s website.

“Having traced [Elora’s] development as a planned community in the 1830s to its growth as an industrial centre in the 1920s, he set aside the unfinished manuscript for over 30 years.”

Since the society put out a request for donations in October, Stephen’s sister Susan Thorning, who currently resides in Elora, confirmed they have received some more donations.

“We’re getting close, but we’re not there yet,” she said in an interview with the Advertiser.

“We still have need for a little more funding.”

Thorning said the funds raised will help to cover costs of editing, which she noted is almost complete.

“We then need to find the illustrations for it and we will be looking at the local archives, and also the provincial and national archives,” she explained.

“And there are always costs for those and the national archives are outrageously expensive, so there’s quite a bit of cost there.

“It will also need to have a design done … to ready it for print and that hasn’t been done yet either.”

Thorning said the book will also be indexed, noting each chapter has roughly 100 footnotes.

Society member Ian Easterbrook said Stephen’s craft and “loving enthusiasm for his village – and county – was demonstrated weekly, and made him a living, and a respected household name.

Easterbrook, who joined the Wellington County Historical Society as a life member in 1982, currently sits on the society’s board of directors.

“When discussion of the new-found manuscript surfaced after his death, there was no question in my mind that the society should make sure it got to press,” said Easterbrook.

Asked what state the manuscript was found in, Thorning said the final chapter was left unfinished.

“It stops partway through chapter 24,” she explained. “So the editor has rounded the last chapter out a little bit, and the chapters were of varying completion in terms of polish.

“I think he just got distracted with other things, because he then decided that he would do a master’s degree and then that led to the PhD,” Thorning said of why the manuscript was left unfinished over the years.

“I think he just went off in other directions and just never really got around to getting back to it. Life definitely gets in the way.” 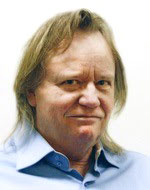 In that time, Stephen earned a Masters degree then a PhD in history, and served on Elora council.

He wrote several history columns that appeared in local newspapers starting in 1990, including the Elora Sentinel and Fergus Thistle, later the Fergus News Express, and lastly the Wellington Advertiser.

He also sat on the WCHS executive as secretary-treasurer, wrote the newsletter and put in place its annual publication, Wellington County History.

“I would argue, from knowing Steve a little bit, that the manuscript remained unfinished, because Steve, ever the perfectionist, could not find the time or energy to devote to the polishing and tweaking that were needed,” Easterbrook said.

“His attention to detail is extraordinary, and occasionally you can read that gentle smirk which I like to remember him by.”

Thorning said the manuscript is comprised of Stephen’s research over the years, which she noted isn’t just from local archives.

Stephen expanded his research to other sources like Western University, the national archives and the Toronto archives, finding papers and letters that Thorning said hadn’t been looked at before in terms of Elora.

“But he also takes the history of Elora and puts it into a broader context of what was happening globally, nationally, locally,” she said. “He looks at the businesses, and how industry grew and then faded.

“So it’s a really interesting read because you get to know the people, the leaders and the movers and shakers through the decades.”

Thorning added, “You also get to understand how the geography of the village changed and how buildings moved from one activity to another and were repurposed, and of course, many of them are still standing.”

“In his manuscript, Thorning reveals that for many years, events and people in Elora played a large part in determining and influencing the direction and history of the wider county.”

As for what the public can expect, DeLaurentis said they’ll “see a history of Elora like no other,” giving readers “a sense of what life was like in the village decades ago, what the pressing concerns were for villagers back then, and how well they dealt with them.

“It will show how Elora’s development was a process that relied not merely on population growth, but on the successes and failures of its industries, its government, and its small businesses,” she added. “In many cases these were intertwined.”

Thorning noted the WCHS is hoping to have enough room for illustrations, old photographs and maps to help the readers understand the development of the town.

Project expected to be completed this year

The project, which has been in the works for roughly two years, is set to make its debut later this year.

“The book committee is very grateful for the generous public support to date, and we are still in the process of raising funds to reach our goal,” DeLaurentis said.

Fundraising continues, she added, but the bulk of the text has now been edited.

“One of the next steps will be selecting images to accompany [Stephen’s] text,” DeLaurentis said, adding the committee is on track to release the completed book this fall.

“Written when still a young man, the manuscript reveals both his remarkable knowledge of, and passion for, local history even back then,” DeLaurentis said of the legacy Stephen leaves behind.

“Where local history is concerned, [Stephen’s] legacy is a long one, and the publication of this manuscript will further it by bringing all of the knowledge, time, and effort he devoted to this project into the hands of those who will appreciate it for years to come.”

As a registered charity, the WCHS issues tax receipts for donations. Information about donations can be found on the historical society website.

Cheques can be mailed to the WCHS, P.O. Box 5, Fergus, ON N1M 2W7 or donate online to the Stephen Thorning Book Publication Project at Canada Helps.

“For him, there was no place to live other than Elora,” Thorning explained.

“It was the centre of his life and in every way, and I’m just really, so pleased and happy that the historical society has seen the benefit of the book and has taken on this project because it will be Steve’s legacy.

“In the future we’ll come back to this book, as a way of understanding where we came from.”