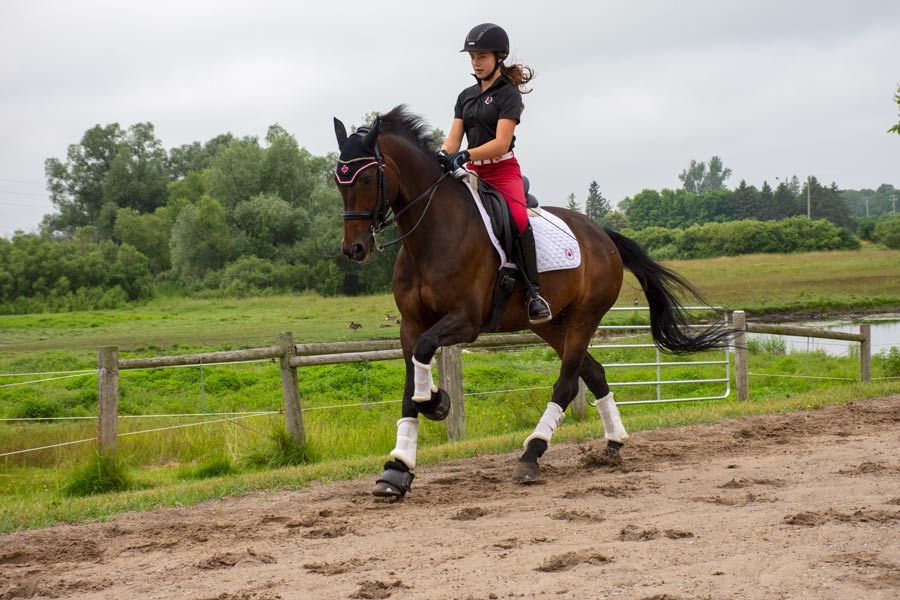 Anna Swackhammer, 15, of Guelph-Eramosa, will be competing for the second time in the juniors competition for riders aged 14 to 18.

Swackhammer and one of her team Ontario teammates were the youngest riders in the competition last year and they brought home a bronze medal in the team competition.

Swackhammer has been riding since she was about five years old and began at Sonnenhoff Stables in Maryhill when she was eight.

She started competitively riding five years ago and is coached by Ute Busse, a certified level three dressage coach and certified dressage judge. 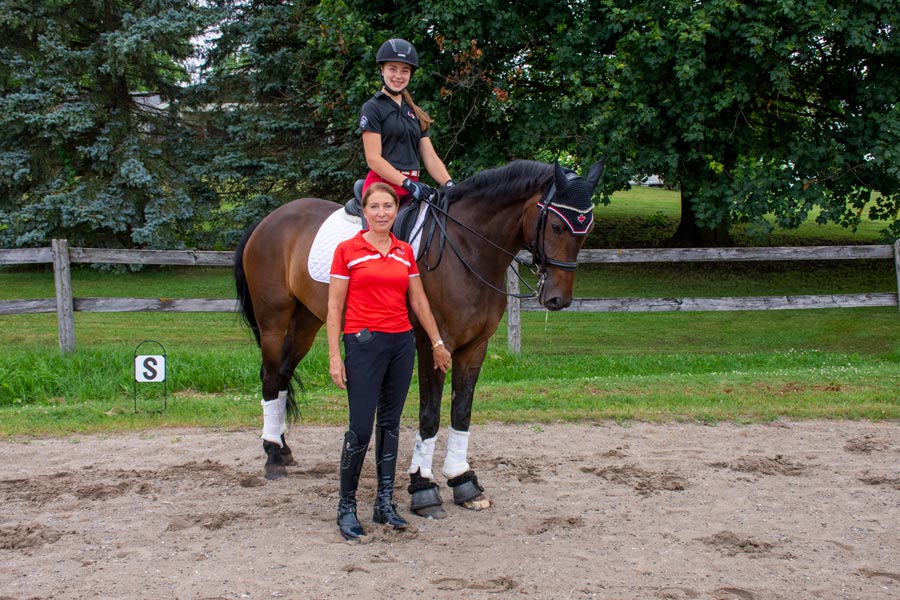 Dressage was always the only riding option for Swackhammer.

“Then when I came here with dressage I liked it a lot so then I never had a reason to try jumping,” she said. “I like all the difficulty in the movements and I love watching it too.

Up until just over a year ago Swackhammer was competing at a much lower dressage level with her pony.

That’s when she found Wrazzmatazz, a 16-year-old Dutch warmblood. 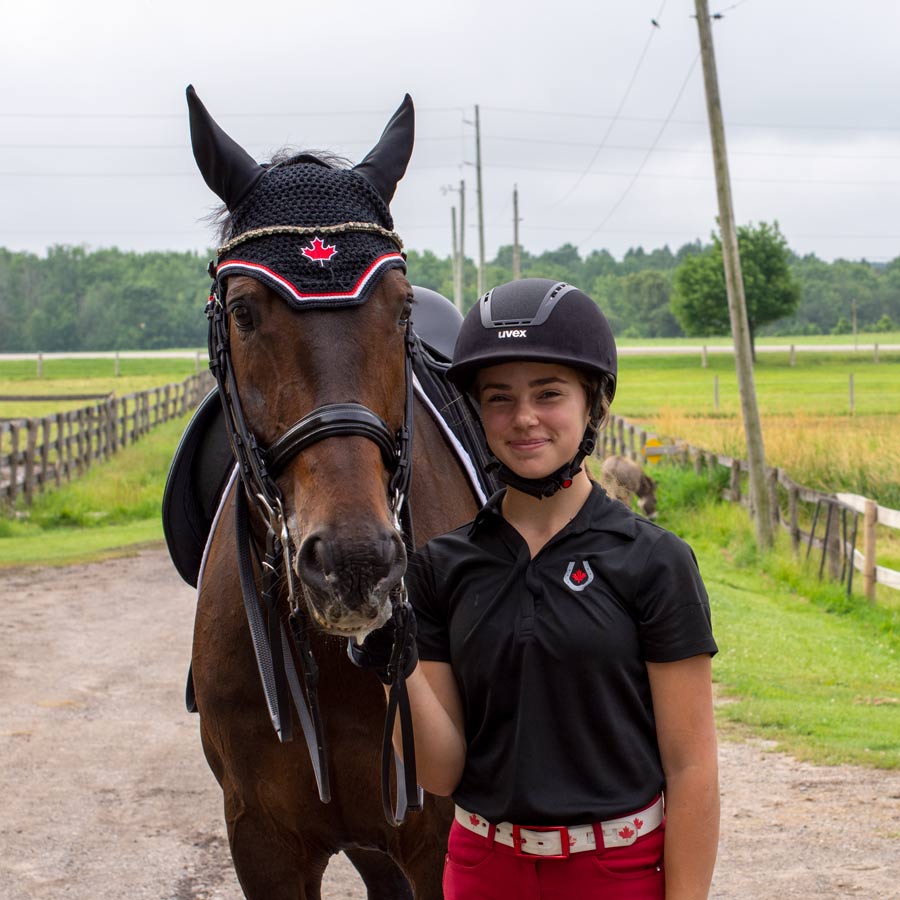 “I knew I kind of wanted to do the junior riders so I was looking for around that level horse,” Swackhammer said. “So he came here in the winter for … training and then I started riding him and I really liked him.”

When they competed at the North American Youth Championships last year they’d only been riding together for a few months.

“She learned a lot during the winter,” Busse said.

To qualify Swackhammer competed in shows throughout May and June with qualified judges.

Her score had to be at least 62.5 per cent to be considered for the team. By a certain deadline she submitted all of her scores and they were averaged. The four dressage riders in Ontario within the 14 to 18 age range who submitted their scores were then chosen to represent Ontario.

“The 62 is obviously out of 100 and I know that doesn’t sound like very much but it is,” Busse said. “If you can get a high 60 per cent score that is usually a winning score.”

Swackhammer not only qualified this year but she’s in the lead, with the highest average score in Ontario for the junior age group, Busse said.

“They are a good match, they look good together, he has a good way of moving and a good size for her,” Busse said. “They have each other figured out because he can be sometimes a little spicy, like he can be naughty, but Anna … can nip that in the bud now as soon as it happens.

“Last year he used to take off a couple of times with her, he would just bolt … she has him very well under control now.”

Swackhammer said knowing her horse so well will help her in the competition.

“Last year’s competition I … still didn’t have all the ropes figured out with Wrazz,” she said.

“This year I can ride him better so I can get the movements better.”

Busse added, “She can keep him in the outline that’s required or that gives her a higher score, she can keep him there much better now because she has way more experience.” 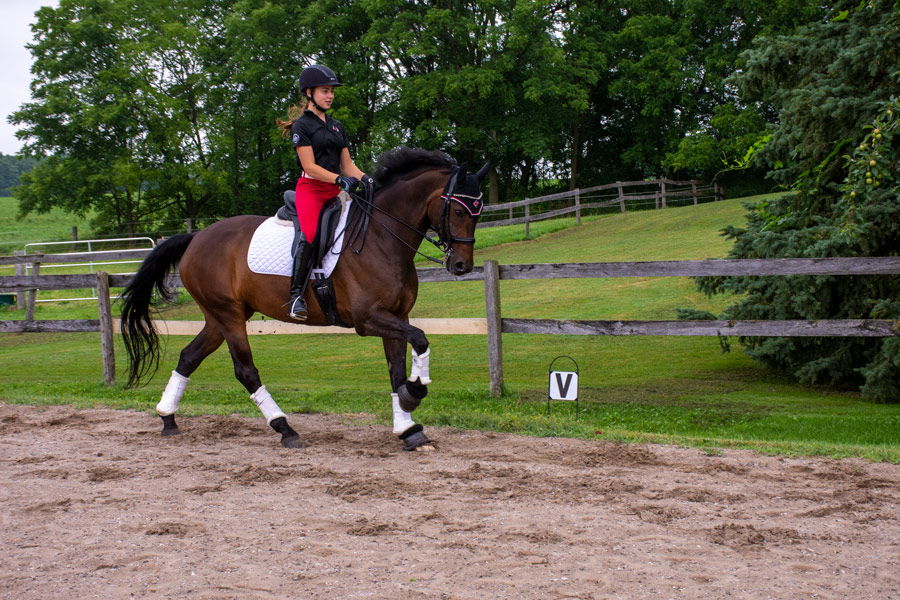 It’s that talent for riding that Busse said not everyone has.

“Some people have all the financial background but they don’t have the talent and it doesn’t matter, they’ll never make it to that kind of a level,” she said.

Swackhammer and Wrazzmatazz will arrive in North Salem on July 28 for the North American Youth Championships. They will be competing in the team and individual dressage competition, which begins on July 31.

Next year, she will have to decide if she wants to compete in the junior competition or the young riders competition (for riders 16 to 21).

“She can already do the movements for the higher level,” Busse said. However, the competition level for next year will be decided when the time comes.

“You want to be competitive of course,” she said. “You want to produce the best score for your team and for yourself when it comes to the individual.”

Swackhammer is hoping to reach the young rider level.

“It’s kind of like a dream if I could do the Pan Am Games or the Olympics – just don’t know how far away that is,” Swackhammer said.

For now she’s focusing on the North American Youth Championships.

She thanked her parents, Busse and everyone at the barn for supporting her.

When asked for her feelings about this year’s competition, Swackhammer said, “Hopeful but a bit nervous because going into a big competition you’re always going to be a bit nervous. 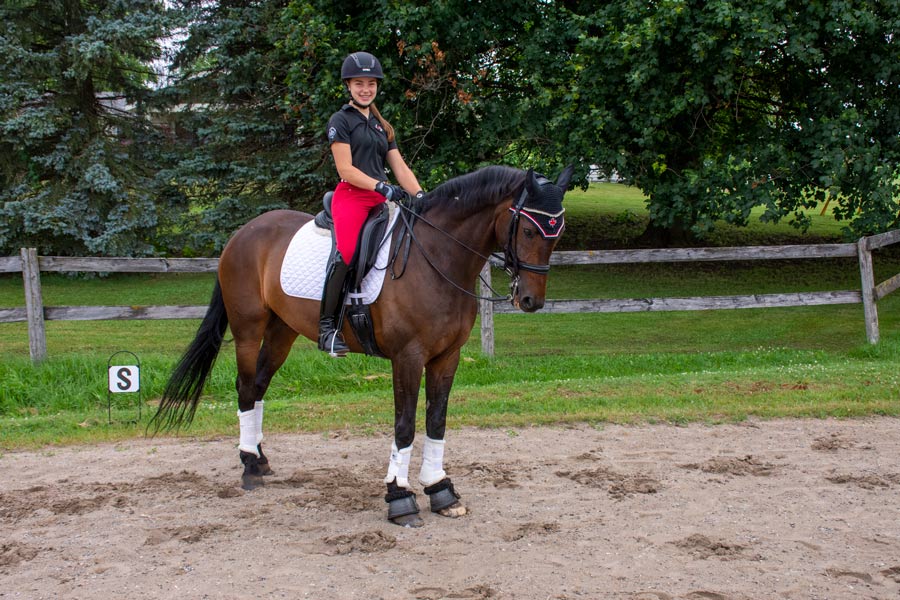