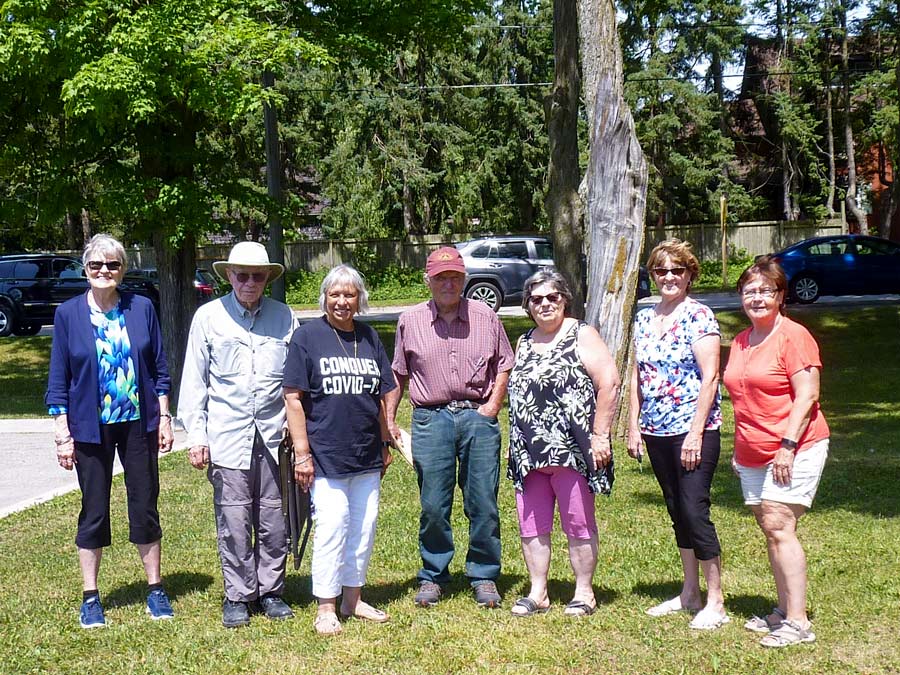 Local writers - The Wellies, a creative writing group with the Victoria Park Seniors Centre in Fergus, is publishing its first book, a collection of 50-word stories. Submitted photo

FERGUS – A local seniors group is on the cusp of publishing its first book.

“The Wellies,” a writing group created by members of Victoria Park Seniors Centre in Fergus, is set to publish Stories to Chew On in the very near future.

Before the COVID-19 pandemic, The Wellies were meeting every Wednesday at the seniors centre and working on their writing. They kept in touch virtually throughout the spring at the height of the first pandemic wave, met outside the seniors centre during the summer and have since moved their Wednesday meet-ups to McDonald’s in Fergus.

Marilyn Elphick, who joined the group in 2018, said one of the assignments after she began was to write 50-word stories.

“We’ve been doing it for quite a while,” she said. “And then we were sitting around at the seniors centre and we started saying ‘you know what? We should write a book, these are really funny. Or they’re really good or dark or whatever.’”

And so the idea of a book was born and the publishing process began in earnest this spring. 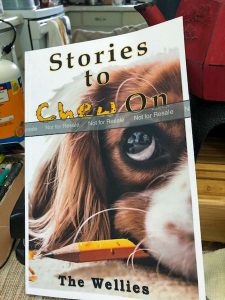 Each story or recipe is exactly 50 words, excluding the title, and the 100-page book is divided up into different genres as well.

“It’s pretty disciplined to write something in 50 words,” Elphick said. “It’s really hard as anything you think.”

But group members helped each other. They sent stories back and forth and offered much-needed support.

“It’s been very heartwarming for me, supportive and especially during COVID, we kind of kept in touch by email and then we would be sending stories back and forth and now we’re just meeting at McDonalds because we’ve become friends,” said Elphick.

“It’s quite an amazing group.”

The Wellies hope to return to meeting in their regular space once the seniors centre reopens on Oct. 26.

“Writers live in a lonely world.”

Hock owns his own publishing business and began working on the publishing processes in the spring.

“We’re very lucky that we have so much talent in our group,” Elphick said. “Everybody has just got their own gifts and they’re so willing to share with everyone.

The support of The Wellies also encouraged Elphick to self-publish her own book God and Green Tea. She wrote the spiritual memoir a number of years ago but lost the manuscript for about 10 years.

It was because she took a course with The Wellies on self-publishing that she decided to publish with Friesen Press in Vancouver.

“It took a good nine months to get all the proofing and editing and all that stuff done and now it’s out and it’s pretty exciting,” Elphick said. “I’m really excited about it.

“I mean it was really a labour of love.”

The book is available locally at Bentley Tea Shop as well as on amazon.ca.

“It’s been quite the journey,” she said. “And quite mind blowing in many ways.

“And you’re kind of out there with everything.”

Elphick is not the only member of The Wellies to be independently published.

Other members of the group have contributed to different anthologies and publications as well.