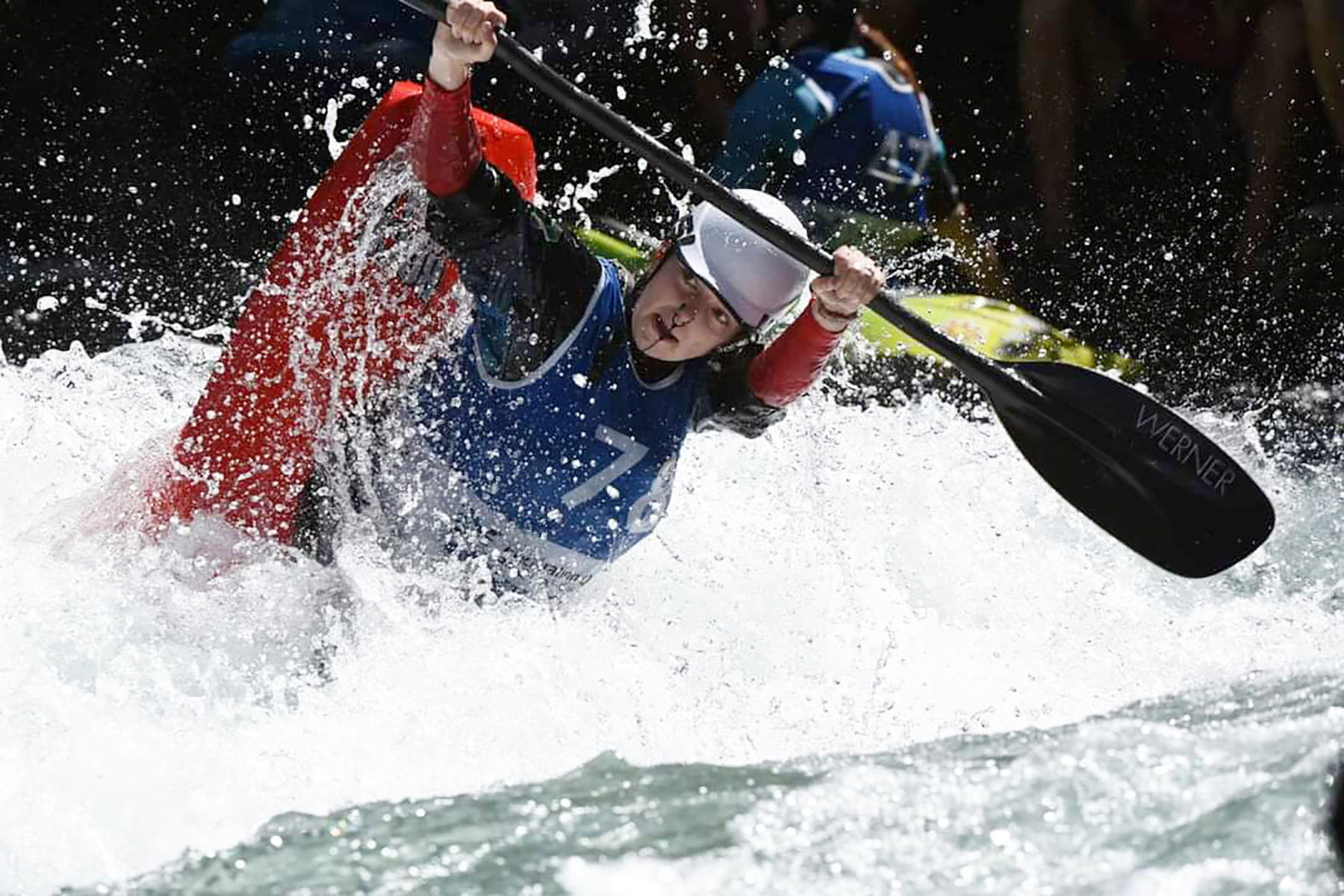 FERGUS – Alex Maggs has qualified for Canada’s Senior Women’s Freestyle Kayak team, which will compete in the Canoe Freestyle World Championships next year in England.

A Fergus native now living in Kitchener, Maggs got her start by kayaking in the Elora Gorge.

Her mom and aunt own CK Maggs Adventures, an outdoor adventure company in the area.

“Cathy and I taught her and Richard, her brother, everything they knew about kayaking at 13,” Maggs’ father Kevin Maggs stated in an email to the Advertiser.

“After that, they went way beyond me.”

The 2021 Canoe Freestyle World Championships, organized by the International Canoe Federation, has been postponed due to the COVID-19 pandemic.

The competition is now set to take place in the summer of 2022 in Nottingham, England.

Eastern team trials for the competition were held in Quebec on Aug. 14, with western trials to take place in Alberta in September.

The top two highest scoring competitors are picked from each competition, with the fifth senior women’s spot going to the next best scorer from east or west.

With 100 points, Maggs came in first for the eastern competition, securing her place in the worlds.

This will be Maggs fourth time on Team Canada, as she’s been competing since 2014, when she was 20.

Maggs grew up kayaking, and for years had friends involved in competitions encouraging her to try out.

Finally, at 20 she did, making Team Canada her first time.

“Okay, maybe I do belong here,” Maggs recalls thinking after her early success.

She said her training for the 2022 competition will include practicing in the Elora Gorge, likely Ottawa and other Ontario locales.

“We need whitewater and a feature to do our tricks in,” said Maggs of potential locations.

While warmer months are preferred for kayaking, in the past years Maggs has been in the water every month to train, despite the conditions.

As long as the water isn’t frozen, she’ll go in.

For the 2017 international competition, held in Argentina in November, Maggs recalled having to train right up to that date in Canada.

“It’s not ideal,” Maggs added, recalling how it started to snow once while she was in the water.

The eastern team trials was Maggs’ first competition in in two years, as things have been somewhat halted due to the pandemic.

To gain extra competition experience, Maggs is flying out to compete in the western team trials in September.

Since she’s already made the team, Maggs added that this competition will not affect her place on or anyone else’s, all it could do is potentially up her score overall if she does well.

She’s planning to fly out in early September and spend a few days visiting her brother before the competition.

Shortly after next summer’s world championships, the trials for the 2023 competition will begin, she noted.