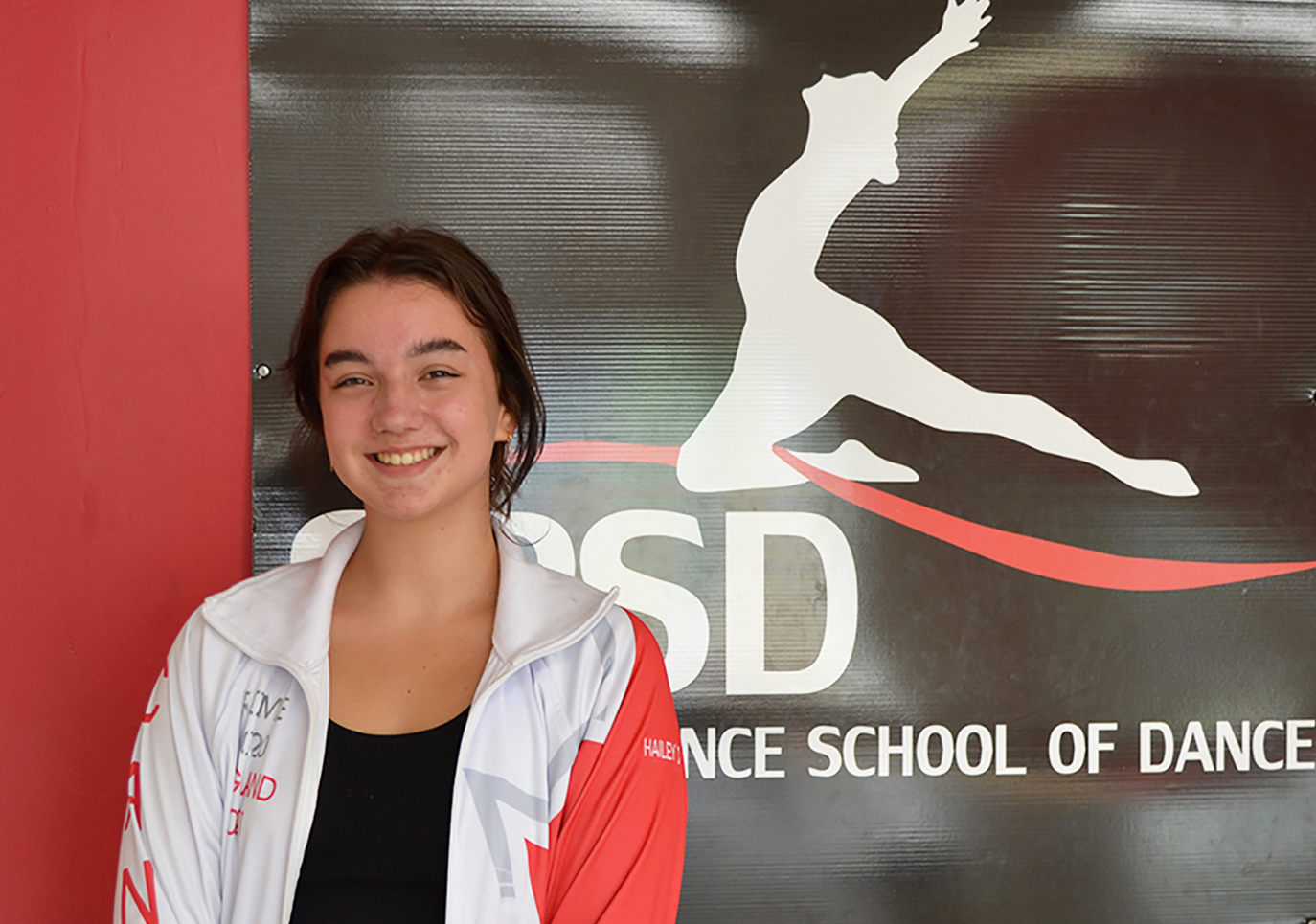 FERGUS – Hailey Crawford, a member of Stage Presence School of Dance in Fergus, has brought home silver and bronze medals from the Dance World Cup.

She is competing as part of World Performers Canada at the competition, which runs from Aug. 9 to 19 in the UK.

Last year, Crawford, 18, was to compete in the 2020 Dance World Cup in Rome, but it was postponed due to the COVID-19 pandemic.

With the 2020/2021 Dance World Cup competitions being held at once this year, in the UK, some teams are performing in person, while other countries have opted to compete virtually.

Jacques Pierre Monfiston, co-founder/director of World Performers Canada, explained the decision whether to compete in-person or not had to be made months ago, and Canada decided to compete virtually for the safety of its dancers.

The unusual format of holding the postponed competition and the current one at the same time is to give 2020’s dancer a chance to “finish what they started,” added Monfiston.

She says tap is her favourite discipline.

In an Interview with the Advertiser, Crawford commented on how this year’s competition doesn’t feel real, as it’s run virtually and Canada’s performances were pre-recorded about a month ago.

Crawford, who is based in Cambridge but spends much of her time at Stage Presence School of Dance in Fergus, had been going to a rehearsal space in Toronto for a few hours at a time in preparation for the competition.

Lorinda Crawford, Hailey’s mother and owner and artistic director of Stage Presence School of Dance, commented on Crawford’s perseverance, despite the disappointment of having overseas competitions rescheduled.

“She kept going and going to the practices, whether they were in Toronto or online,” said Lorinda.

Hours before the interview with the Advertiser, Crawford was awarded a bronze medal for her junior level tap duet.

While an honour, Crawford admitted it’s hard to process, as she wasn’t there to receive it.

Lorinda said she is “extremely proud” of her daughter, noting “she put so much into this.”

“It’s definitely worth it,” said Crawford of the experience, despite the challenge of it being virtual.

This competition isn’t Crawford’s first experience competing on a the international level.

In 2018 she danced with Team Canada for tap, and she’s also danced for the International Dance Organization in Germany.

This year is a sort marks a farewell from competing for Crawford, as next years she’s going to Cambrian College.

While it’ll be a significant change,  Crawford noted that there’s a tap studio near campus she wants to try.