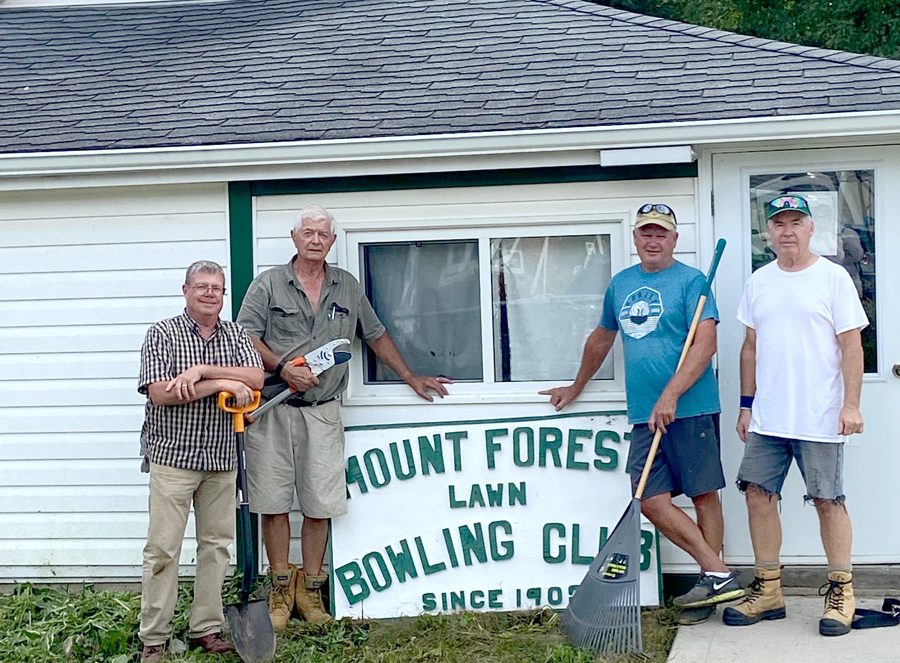 A group of local residents, including, from left: Steve Bowier, Tom Tangney, Brad Henderson and Kim MacKenzie, with the assistance of Dr. Murray Townsend, are leading an effort to help out the Mount Forest Lawn Bowling Club with facility maintenance, financial issues and a membership drive. Submitted photo

MOUNT FOREST – A group of local citizens is attempting to prevent the Mount Forest Lawn Bowling Club from becoming another casualty of the ongoing pandemic.

Kim MacKenzie says the club is struggling with finances and upkeep on the facility it owns at the corner of King and Egremont Streets.

“The members are aging; they haven’t put a lot of thrust into new membership in the last few years and COVID really hurt them because they had income from their clubhouse (which) they were renting for different things that were going on. They had a euchre club that used it weekly, things like that,” MacKenzie explained.

“COVID definitely has set them back. It’s probably put them closer to the brink than anything.”

MacKenzie is part of a small group of local citizens, mostly recruits from the local curling club, who are attempting to help the lawn bowling club keep going.

They have got together to fix up the property, which had suffered from lack of regular maintenance recently.

The current location has been the home of the lawn bowling club since 1902, when it was moved there from a property at the corner of Martin and Silver Streets.

MacKenzie said he believes local residents want to see the historic club, which he says is among the oldest continuously-run sporting organizations in the Mount Forest area, thrive once again. 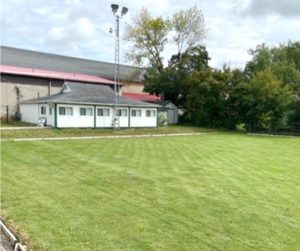 “There are many residents of Mount Forest that think that it would be wrong for the club to close down and sell off the property … because of lack of funds, low membership and/or [that people] are just unaware of the circumstances,” he stated.

History shows club has been generous over the years, donating to Children’s Aid, Red Cross, British War Victims, the Military Hospital, and many local initiatives.

In 1948, under the direction of the club membership, it was decided that 65 feet of land would be sold to the town for a dollar to help with the building of a new ice arena (the club’s property adjoins the old Mount Forest arena complex).

“Over the years the club has been very, very good for the town and area groups. They donated back and maybe it’s time that something could happen the other way,” MacKenzie notes.

In addition, he points out, as a non-profit club that owns local real estate, “It’s the only sports facility in the whole area that’s actually paying taxes.

“It’s a little crazy. I’m hoping we can muster up enough interest so we can go to the [township] and see if they can’t forgive something for them, to try to keep them going ahead,” said MacKenzie.

The caretaker group is meeting with the club to try and help them sort out financial issues, possibly through a sponsorship program, and MacKenzie said it is hoping to mount a membership drive as well.

“This is a great multigenerational sport,” he said, adding lawn bowling is ideal for anyone “looking for a great outdoor activity to meet new friends while getting the exercise necessary for a healthy future.”