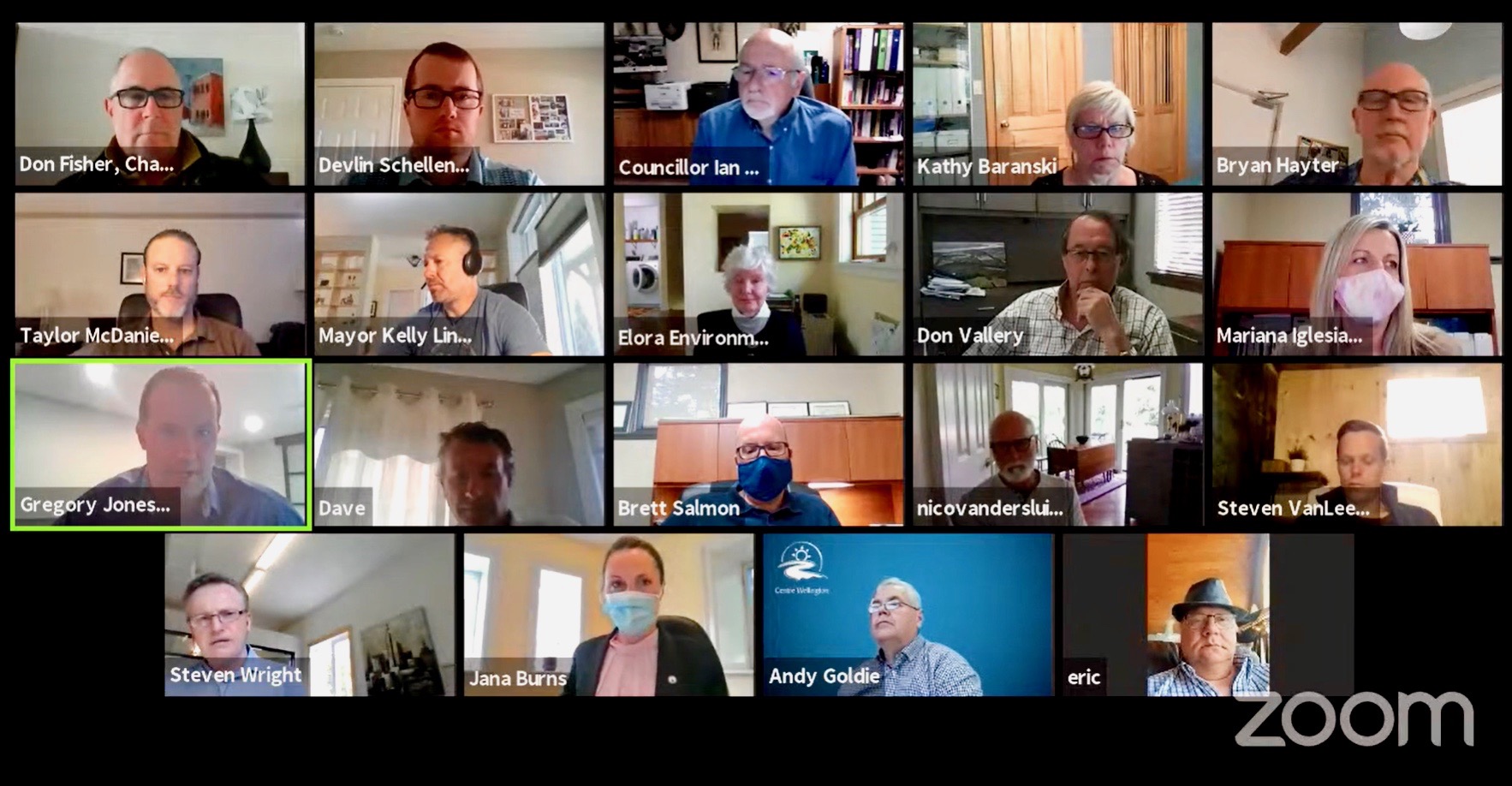 CENTRE WELLINGTON – The solution to the dearth of rental units in Centre Wellington is not necessarily offering incentives to build, but removing the red tape that gets in the way, says a group of local builders.

The township’s healthy growth committee heard on June 2 from four local builders who claim they are ready to build more rental units in the community, but say a combination of policy, process and taxes causes many builders to walk away from potential projects.

The committee is focussed on solving Centre Wellington’s attainable housing issue – and adding more rental units to the local housing stock is viewed as one way out of the problem.

Mayor Kelly Linton, who sits on the committee, invited the builders to hear their perspectives.

SkyDev president Greg Jones said his company builds, maintains and manages apartment buildings and has several projects in the works in a half-dozen communities in Ontario, including the non-profit Kindle Communities project in Guelph.

SkyDev is an arm of the Skyline Group of Companies based in Guelph and was formed about two years ago. SkyDev wants to build and maintain rental apartment buildings to improve building stock across the province, Jones said.

But between site plan and zoning approvals, public consultation, LPAT hearings and the actual construction time, Jones said it can take four to 10 years before apartments are actually available for rent.

SkyDev’s model is to purchase property and build a campus of mid-rise apartment buildings close to retail and commerce.

Building en masse with added density is what allows the company to earn profit for its investors and keep rent reasonable for tenants.

There is a sweet spot when it comes to apartment building heights, however.

“The height caps at six stories,” Jones said, adding buildings over six stories are considered “tall” and have a whole other range of requirements, including underground parking, which adds to the cost to build, and therefore the cost to rent.

Surface parking is also easier to accommodate in smaller builds and can easily be converted to green space should there ever be a decrease in the need for personal vehicles in the future, he said.

As it stands now, apartment buildings are taxed at a higher rate than single-detached homes and that’s also a problem when it comes to keeping rent low.

“To cap rents requires a partnership with the municipality to keep the tax levels down,” Jones said.

Taylor McDaniel, of Williams and McDaniel Property Management, said there has to be council and community support for these projects if anything is going to be accomplished.

“Incentives are great, but the first step is the community mindset,” McDaniel said, describing scenarios where there is support in theory for attainable housing, “but then you bring an application and the neighbours oppose it and it slows everything down.”

He said there needs to be public support in general and 100% councillor support specifically.

McDaniel also suggested identifying parts of the township where this type of growth is acceptable, “so when we bring it forward, we are all on one team…

“This is an initiative we could do in 18 months. We just need approvals,” he added.

“Supply is the answer. Get the sites identified and we can bring it.”

His is a small company, he said, that works in smaller infill projects.

“But a lot of little projects can work,” he said. “Two or three units here and there can add up.”

Dave Gillis of Gillis Rentals said he liked the idea of determining high density locations and also suggested increasing the C-1 zones in Elora and Fergus.

C-1 zoning allows for commercial at street level and residential above and is generally confined to the two downtown business districts.

“This changes my take,” said committee chair Don Fisher when the presentations were complete.

“We’ve been focussing on incentives but hearing the other side, maybe we need to reevaluate.

“And in terms of public support, people do watch these meetings. The issue is gaining traction as we go.”