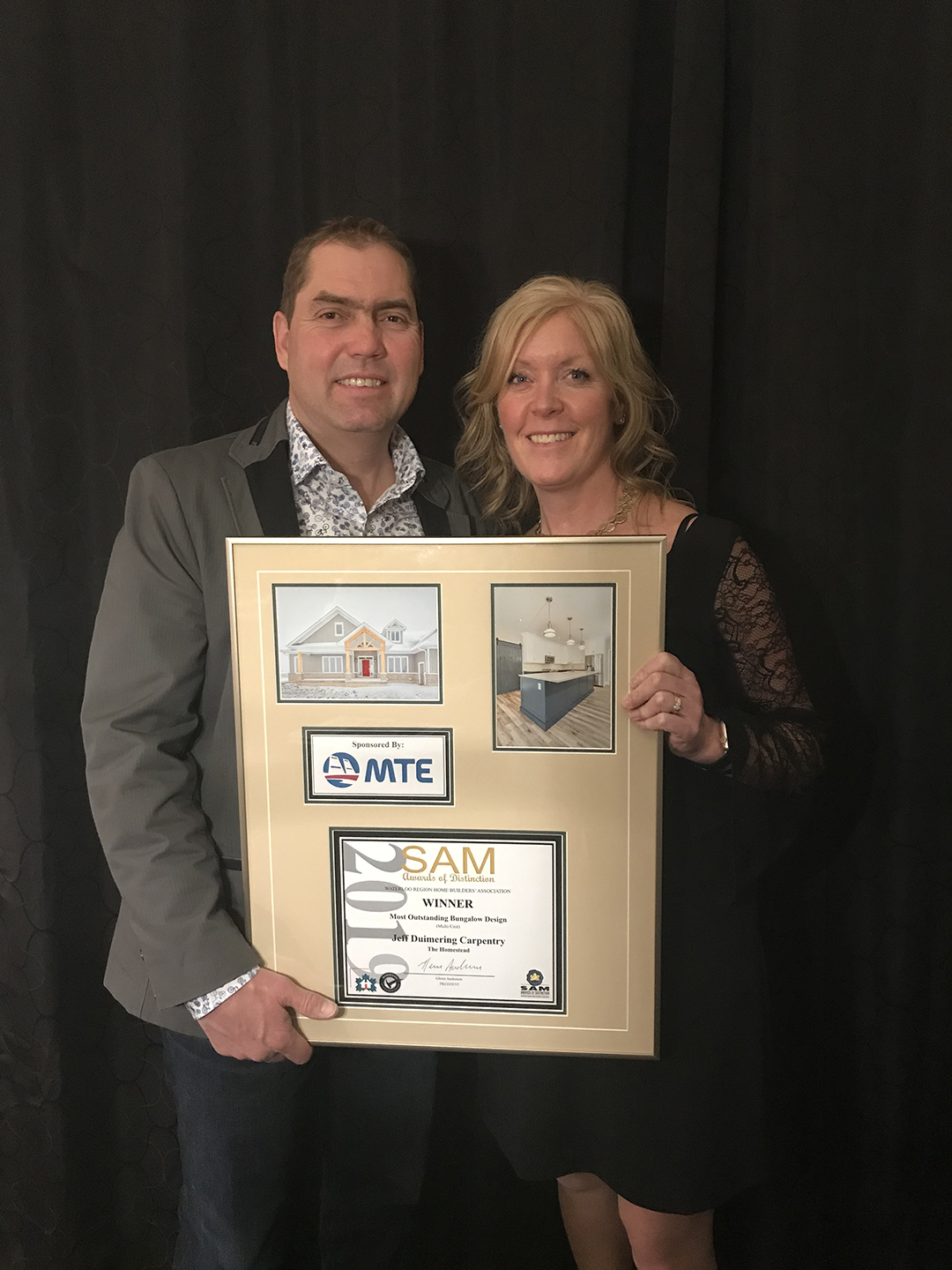 WATERLOO – A Mapleton firm has been recognized with a major award from the Waterloo Region Homebuilders Association (WRHBA).

“A SAM Award is the industry’s stamp of quality and craftsmanship in recognizing the best in the residential development and construction industry,” WRHBA officials state.

“Industry watchers and consumers look for SAM Award recipients when reviewing new home construction and renovations, as there is no recognition more respected in distinguishing top-quality construction, design and innovation.

“The awards gala is the industry’s way of celebrating a sector that provides homes for the region’s residents and jobs for tens of thousands in creating the communities that we live, work and play in.”

Jeff Duimering Carpentry was recognized for a project named “the Homestead”  which was built on a local century farm. The third and fourth generation of this family now live in the home on a farm the family has owned for generations.

“It was a unique project and turned out beautifully,” WRHBA officials state.

“The land that the house is built on is owned by the second generation and the third and four generation are going to live in the semi, so that’s kind of cool,” said Jeff Duimering.

Jeff has been in the building industry since 1989  and Corrina is a certified interior decorator and works with customers on the interior design and decorating details of their custom home.

“Every home that we build starts with a new plan,” explained Jeff, who notes the SAM Award is the first won by the local company.

“We’re quite pleased to have it, that’s for sure.”