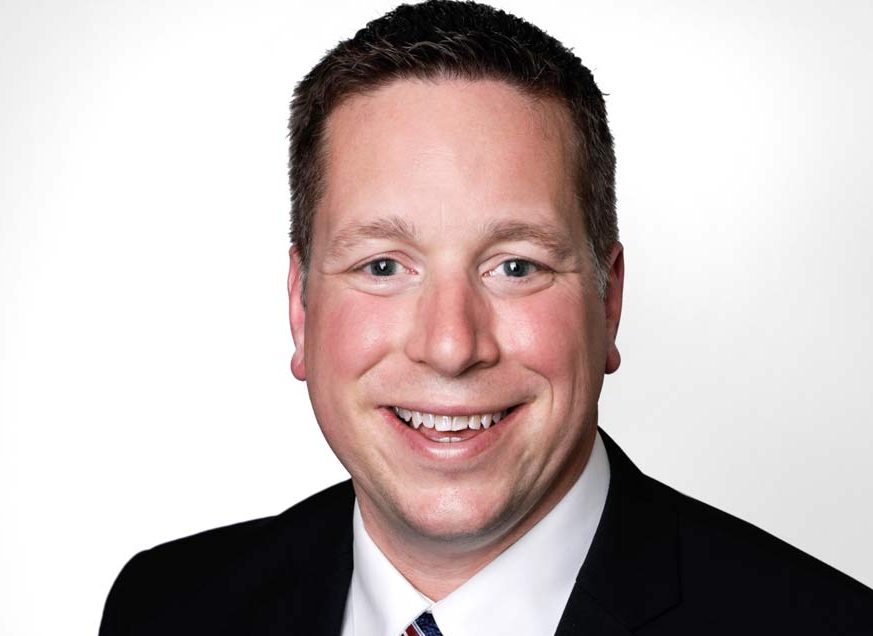 PERTH–WELLINGTON – The Liberal Party has announced its candidate for the Perth-Wellington riding in the next federal election.

Brendan Knight, currently an executive assistant to MPP Mitzie Hunter (Scarborough-Guildwood), will be running against incumbent MP John Nater, who has represented Perth-Wellington in the House of Commons since 2015.

A longtime Perth County resident, Knight currently lives in Stratford with his wife, Meaghan, and their two children, William and Rosie. Knight and his wife will also be welcoming a third child this year.

Knight has an extensive background in the environmental field.

He worked as a laboratory technician for Aquatic Toxicology Laboratories at the University of Waterloo and Environment Canada while earning his Bachelor of Environmental Studies at the school. He has also volunteered with environmental organizations in Stratford and Perth County.

Currently, Knight and his children are volunteering to monitor the water quality of the Avon River.

Knight said he decided to run after noticing the importance of the government’s role in supporting people during the pandemic.

“It’s so important for us to have a Liberal representative that’s advocating for the things we need here to come out of COVID and into recovery,” Knight said.

“I’ve been active in Perth-Wellington for quite a number of years. I’ve always had an interest in the betterment of the riding and the community.”

Knight said he believes climate change and taking care of the environment are major issues facing local residents and the country as a whole.

He cited the recent Intergovernmental Panel on Climate Change’s (IPCC) report that identified climate change as being one of the most important issues in the world today.

“We’ve had an opposition member who has voted against climate consistently. I don’t think that’s consistent with the riding and certainly not the country, so I think that issue has both local and national interest,” he said.

Knight also mentioned his desire to support the tourism industry, which has been in crisis since the beginning of the pandemic.

“Tourism is the most impacted industry and probably the last one to recover,” Knight said.

Knight also said he would like to see the government provide more financial support to businesses in general, and he noted more needs to be done to stand up for LGBTQ and women’s rights.

He explained that if the Liberals are able to retake a majority government, Canadians will be able to see more decisive action taken against climate change.

He added the Liberals’ minority government for the last two years has resulted in resistance for the party in trying to get important climate legislation passed in a time when the climate is on “red alert.”

Because of his experience working on political campaigns and his close ties to the area, Knight is confident he is ready to take on the challenge of serving as Perth-Wellington MP.

He also said his environmental background has allowed him to understand how science can work within policy.

“Of course, working with Mitzie in Queen’s Park has also given me a lot of experience on how to put forward legislation and how to work within the legislative system to get things working for people, especially during COVID in a hotspot,” he said.

In the past, Knight has managed campaigns for political candidates, and even ran in the 2018 provincial election in Perth-Wellington, losing to incumbent MPP Randy Pettapiece.

“I’ve been on and off (campaigning for candidates) in the riding since 2009, so I’ve been connected and working on the ground here for quite a while.”

Though the riding has long been a Conservative stronghold, Knight still believes he can run a strong campaign and win.

“When the time is right, and the person works hard and presents a viable option, I think the people of Perth–Wellington are open to that,” he said.

Knight added, “I think the people in Perth–Wellington respect people that work.