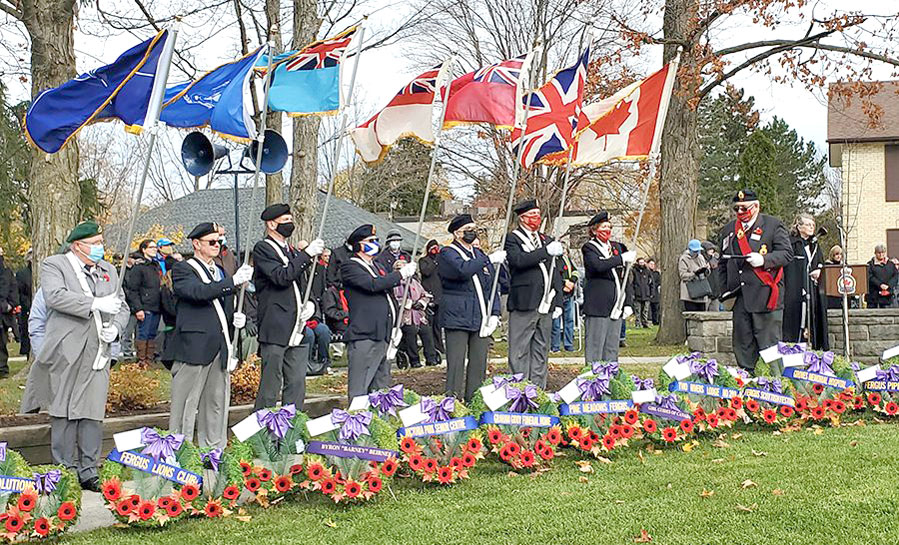 WELLINGTON COUNTY – Local branches of the Royal Canadian Legion are joining branches around the province in celebrating Legion Week from Sept. 18 to 24.

With branches opened up following two years of COVID-19 closures and restrictions, many are planning a more traditional Legion Week with events for their members and the public.

“It’s our opportunity for the Royal Canadian Legion to promote what we do and for local branches to more or less open the doors to the general public … and let the people come in and see what we do,” said Mount Forest resident Derek Moore, who earlier this year assumed the role of Ontario Command president for a three-year term.

“We want people just to casually drop in and see what the place is all about and talk to some people and learn,” said Moore.

“There are so many things to be proud of over the past year in Ontario,” notes Legion Dominion President Bruce Julian in a message to Ontario Legion branches.

Maintaining a strong “Leave the Streets Behind” program to help veterans get off the street,  supporting veterans through the work of Legion service officers and other crucial volunteers, strengthening local food banks, youth and seniors’ groups, and other community organizations are just a few examples of the initiatives taking place all around the province, Julian notes.

“With a robust and growing membership of 100,000 people, and along with the increased profile of our work, Ontario branches are well positioned to become an even stronger network of assistance and comradeship for our veterans, their families – and friends,” he states. 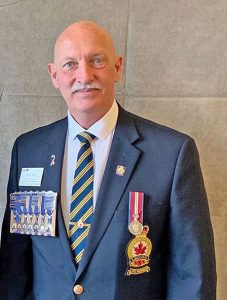 “We have a tough three years ahead of us all as we start to work our way out of this COVID pandemic and things return to somewhat normal,” stated Moore in an online statement.

Moore said the provincial convention theme of “Working Together” is a suitable theme for the challenges ahead.

Moore noted Leave the Streets Behind, as well as the Legion’s service dogs, youth track and field and poster, poem and essay programs are all “excellent” programs and initiatives run by the Royal Canadian Legion, and Ontario Command in particular.

“Each and every member of Ontario Command should be very, very proud of being a part of such an incredible organization …” he stated.

“Now more than ever we need to encourage, attract and enthuse others to come and join our team so we can continue to provide these excellent programs for many, many more years to come.”

Legion membership is open to those with no military connections. Moore notes he is an associate member who rose to become the Ontario Command president.

However, Moore told the Advertiser the organization could also benefit from attracting more veterans.

“We need new blood, we really do,” he noted.

Moore said he feels many view the Legion as a social club where old-timers gather for drinks.

“It’s a place to socialize for sure,” he said.

However, he added, “It’s a building, it’s got a hall. You join, you could start up any kind of programs, all kinds of different things,” he pointed out.

Legion Week in Ontario is celebrated during the third week in September each year, commencing on the Sunday and ending on the Saturday.

“Throughout our province and country, the Legion is a mainstay of many communities” stated Ontario Premier Doug Ford in a Legion Week message.

“Citizens look up to Legionnaires for their tireless dedication to veterans and their families, and for their active support of seniors, young people, and those in need.

“I commend each and every Legionnaire for their strong sense of civic duty, their volunteer spirit and their vital contributions to building a better province.”