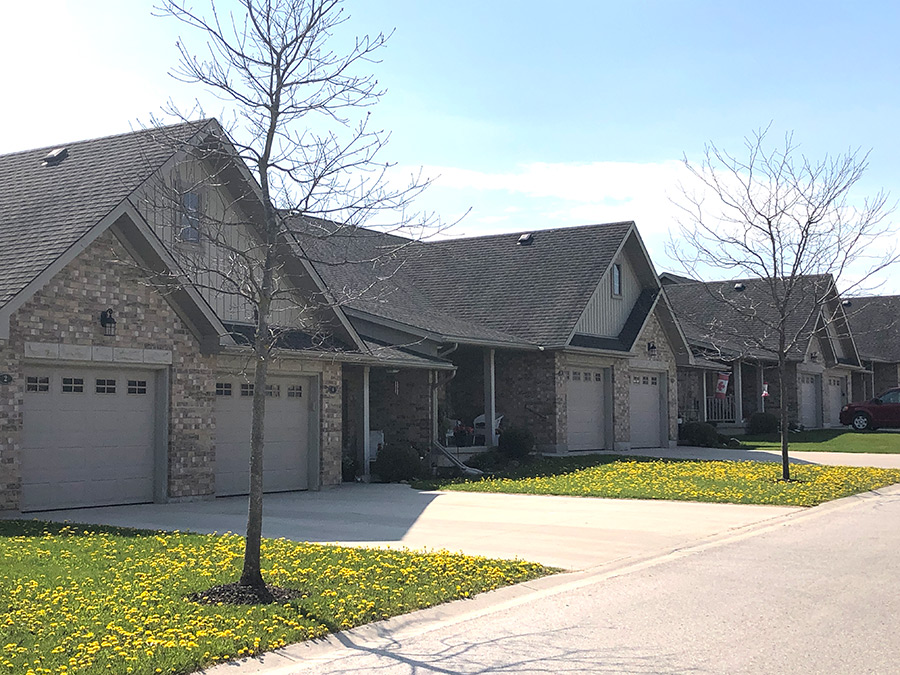 Governments are looking to multi-unit construction mandates as part of the solution to housing affordability issues. Photo by Patrick Raftis

A social media post making the rounds a few weeks ago offered a house for sale something along the lines of “$289,900 in Harriston.”

Just a couple of years ago that might have seemed a reasonable enough proposition, but the joke in this case was the post included a photograph of a child-size playhouse set up in a backyard.

Figures provided with the municipality’s budget for 2021 indicate an average residence in Minto is assessed at $242,000. Now granted, the Municipal Property Assessment Corporation which determines assessment is running behind, having skipped a planned update in 2020 due to the pandemic, but good luck finding an adult-sized house for $242,000 in Minto, or even $289,900.

A quick (and doubtless incomplete) scan of local real estate listings reveals nothing for sale in Minto even close to that price range, except for either one smallish older home, or an empty rural lot of just over one acre between Harriston and Mount Forest. If you want a house with your lot for under a half-million the best bet might be a two-bedroom in Palmerston for $450,000.

An online calculator shows the average sale price in Minto at $414,000, but it’s the increase from the previous year’s average, at 17 per cent, that’s an eye-opener.

Minto as a microcosm is not perhaps the best market indicator of provincial or national trends, but prices are even higher in neighbouring Wellington North and Mapleton – and further south in Wellington County home prices are in a different stratosphere entirely.

While current trends represent a boon to homeowners, anyone looking to cash in has to remember they are buying in the same kind of market as they’re selling.

Unless of course you’re one of the increasing number of city dwellers selling for prices in the millions and scooping up what is by comparison a low priced home out in the hinterlands for around a half-million. That’s a great way to supplement the old retirement fund.

What seems both unfair and unsustainable about what’s happening here is the impact on the next generation. The term “starter home” seems little more than a euphemism when it comes with a price tag of close to a half million dollars.

Sure, real estate has always been a great investment, but at some point, the debt load to get in on even the ground floor becomes unrealistic.

Over the same time period, according to statistics from the Canadian Council on Social Development, the average individual income for Canadians has risen from around $24,000 to just under $55,000, a bit more than 100 per cent in round terms.

While none of this is inflation-adjusted, it seems pretty clear the average worker today is at severe disadvantage compared to their counterparts from three decades past when it comes to opportunity for home ownership.

If, as an established homeowner that doesn’t seem like your problem, it might help to remember the next generation of home-seekers includes not only your kids, but your potential purchasers as well.

Possible solutions are fraught with peril as a housing market crash would serve no one’s interest. Raising interest rates might slow the housing surge but could also cripple other elements of the economy.

One long-term solution would be to build more housing and more diverse types of housing, in order to include a critical mass of affordable units. That’s an approach that should have started decades ago, but even going forward it will need to be part of any solution to tame prices in a controlled fashion.

Of course that means battling NIMBYism in communities of all sizes across the country.

Governments of various levels are addressing the matter through imposition of growth and density targets. In that light a recent Wellington County planning board recommendation to seek a reduction from 20 to 15 per cent in provincial intensification targets for the region seems a step backward, although some of the reasoning, such as uneven development potential across the region, is understandable.

Still, it would probably be helpful if every multi-residential development in local communities wasn’t met with protests from current residents concerned about their property values.