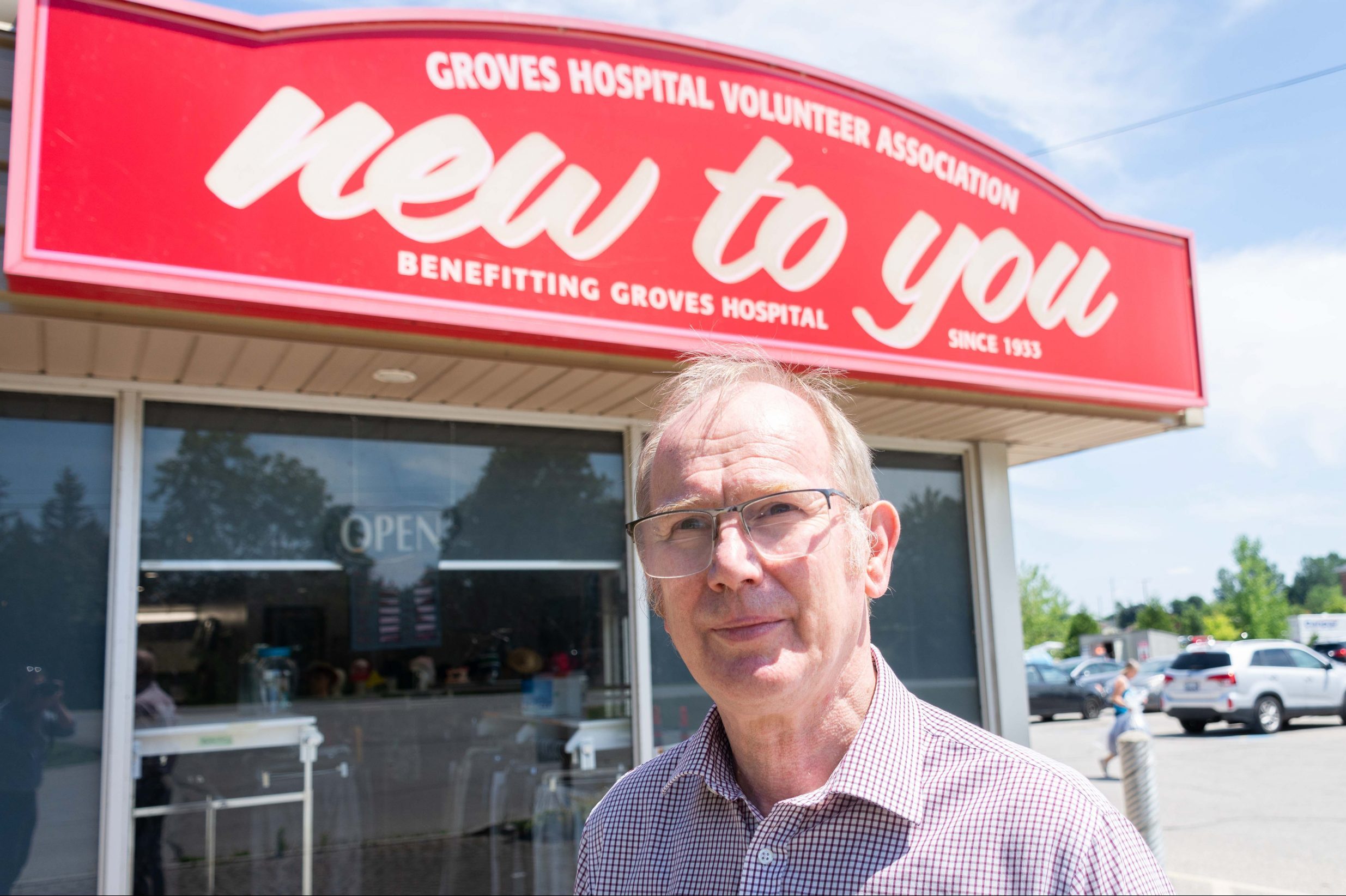 The Groves Hospital Volunteer Association plans to sell its New To You property to Reid's Heritage Homes for a residential development, but the potential development hinges on council approval. Groves Hospital Volunteer Association board president Howard Dobson is seen in front of the New To You store in Fergus, which would be rebuilt on the property. Photo by Jordan Snobelen

FERGUS — The Groves Hospital Volunteer Association (GHVA) is hoping Centre Wellington staff and councillors favour a zoning bylaw amendment that will allow for a residential development on the land behind the association’s New To You store.

New To You was first opened in 1933 to support Groves Memorial Community Hospital, relocating twice before opening the doors to a steady flow of donations at its present location around eight years ago.

Everything from clothing to boardgames are sold at the store, with all revenue – once overhead and wages are covered for some staff – going toward the Groves Hospital Foundation to support the hospital’s equipment wishlist.

Behind the 950 St. David Street North location lies less than five acres of otherwise vacant and unused land, owned by the association.

If a change to the current highway commercial zoning is permitted by council, allowing for a proposed 112-unit, stacked townhouse development, the GHVA plans to sell half of the property to Cambridge-based developer Reid’s Heritage Homes.

“The community is desperately short of housing,” Dobson said. “It’s foolish to let it sit as wasteland.” 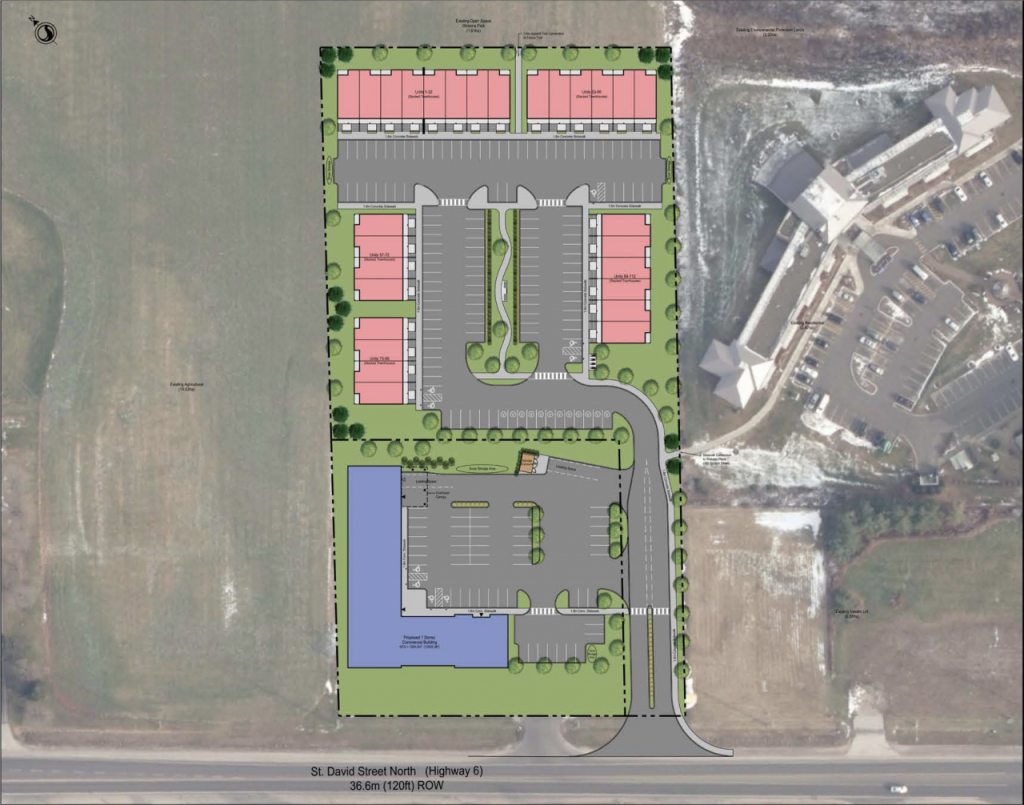 A conceptual site plan of a proposed residential development in Fergus, which will include a new New To You store, in blue.

The developer was selected from responses to proposals sent to eight developers chosen by the association, which wanted to put the land to use.

The association would retain around half of the land, according to Dobson, and construct a new building for a bigger and brighter New To You with funds from the land sale.

The present building is getting old, Dobson says, and repairs or replacement will become necessary in the near future.

He declined to disclose at what price the land would be sold for, or how much a new store would cost, but said the goal is for the new store to be cost-neutral.

Excess funds, if any, would be donated to the hospital foundation, he said.

A conceptual site plan submitted by the developer and association in a joint bylaw amendment application illustrates the building in an ‘L’ shape, occupying the northwestern corner of the property, along St. David Street North (Highway 6).

Most of all, Dobson says, a new build would double the available space – currently 5,920 square feet – which will allow the association to remove several “eyesore” sea containers that are occasionally broken into and serve as overflow storage for donated goods.

“This is a tremendous community in terms of supporting the hospital,” Dobson said.

“We’re the envy of some of the bigger hospitals … where they don’t have nearly as much support.”

The GHVA has worked on its vision for the property during the past two years, but there is still a long way to go before construction can begin.

A public meeting about the proposed bylaw amendment and development will be held by Centre Wellington council on Aug. 31 at 6:30pm.

“It’s very gratifying that we’ve actually got to this stage,” he said.