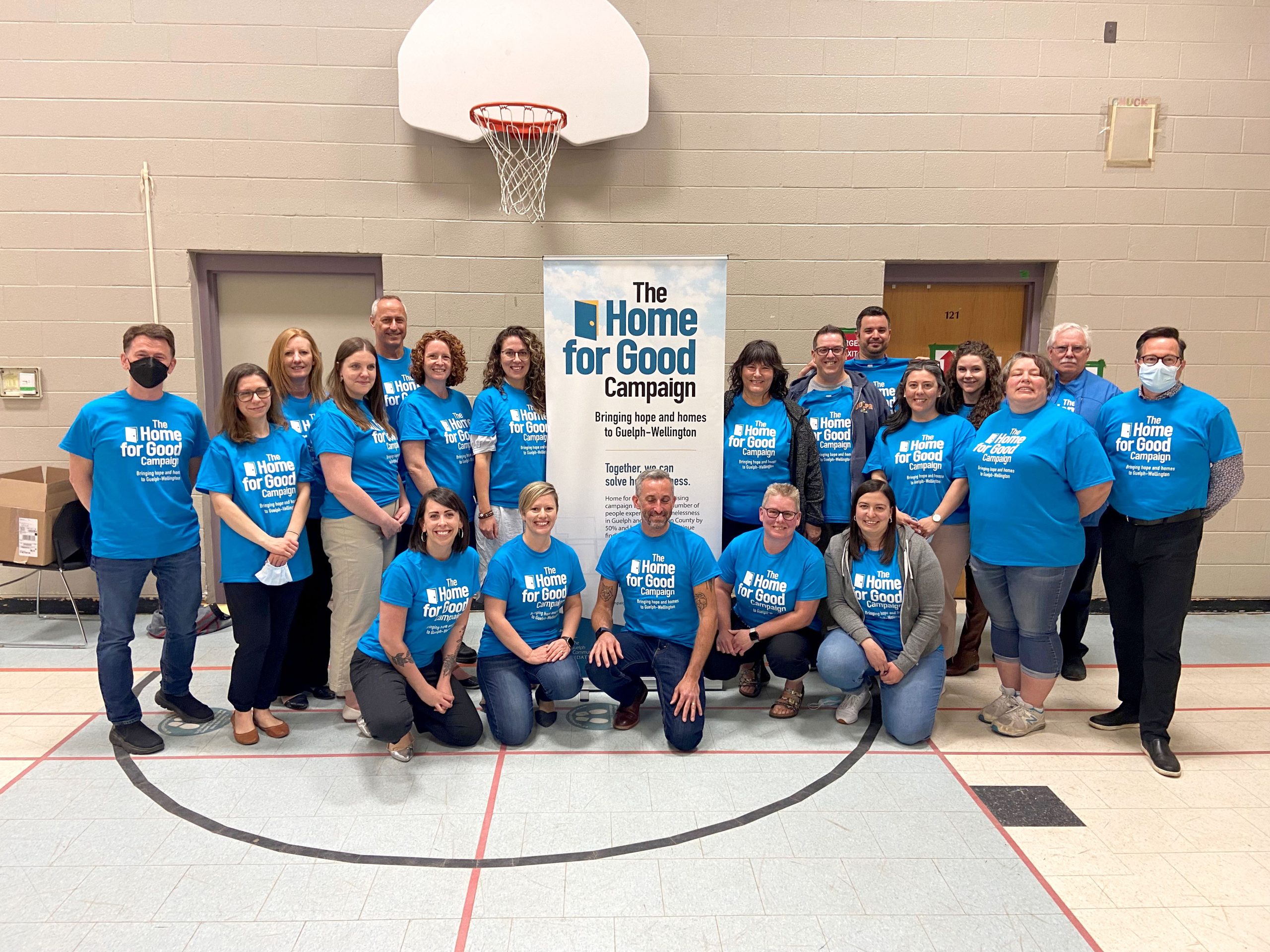 Co-led by United Way Guelph Wellington Dufferin and The Guelph Community Foundation, organizers say the Home For Good campaign will be the next step to solving homelessness in Guelph and Wellington. Submitted photo

GUELPH – United Way Guelph Wellington Dufferin, in collaboration with The Guelph Community Foundation, have launched what organizers are calling “the next major step to solving homelessness in the community.”

The new campaign – Home For Good campaign – was officially launched May 12 at a United Way event at the Shelldale Centre.

According to the Guelph-Wellington Point in Time Count, released in October, there were 270 people experiencing homelessness in Guelph and Wellington.

“We know why people find themselves without a place to call home,” said Dominica McPherson, director of the Guelph and Wellington Task Force for Poverty Elimination.

“It’s not because of personal failings or laziness, or poor choices. It’s because of poverty and a lack of affordable housing,” she explained.

“It’s because systems are failing to meet people’s needs and it’s because of personal circumstances, traumatic experiences like discrimination or something unexpected like a job loss or house fire.”

Glenna Banda, executive director of United Way Guelph Wellington Dufferin said the goal is to raise the $5 million by March 2023.

The $5 million allotment will be the final portion of the $24.3 million cost of the projects.

Combined, the three projects will move the community toward a 50% reduction in homelessness according to the By-Name-List – a real-time list of all people experiencing homelessness in Guelph-Wellington.

The remaining funds will be used to support the ongoing capital maintenance of the new buildings, and to establish a fund to have capital resources available to kickstart similar projects in the future. 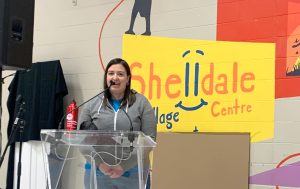 Dominica McPherson, director of the Guelph and Wellington Task Force for Poverty Elimination, speaks at the May 12 event, held at the Shelldale Centre. Photo by Paige Peacock

Until people have stable housing, McPherson said it can be really hard to work on any other aspects of their life.

“Housing and having a place to call home is truly the first step to achieving dignity, stability and help in someone’s life,” she said.

While the community has made significant process in reducing homelessness, the biggest challenge she explained, has been the lack of permanent supportive housing.

“Supportive housing really is a game changer for our community’s ability to end homelessness,” she stressed.

Most of the $24.3 million total investment for the projects has been pledged by various levels of government and other supporters, along with a land donation of $1.7 million from Skyline Group of Companies, a May 12 press release notes.

Chris Willard, executive director of The Guelph Community Foundation, noted listening and empathy are two of the most important first steps to break the issue of homelessness. The next step he said, is action.

“We must act as a community with purpose, passion and persistence,” he explained, adding “and it needs to show in our choices and how we apply our resources.”

The Poverty Task Force, The Guelph Community Foundation and United Way will be meeting with key donors throughout the summer and the fall.

“We know that if we were to solve systemic issues in our community such as homelessness, it will require leadership, donations and leadership by example within our business community,” Willard said.

“We know it’s a system error, not an individual one,” he added. “We know that it is closer than we think and that people experiencing homelessness come from all corners of our community, and we know that homelessness is solvable.”

The campaign will launch a community-wide appeal in early 2023 to encourage everyone to give.