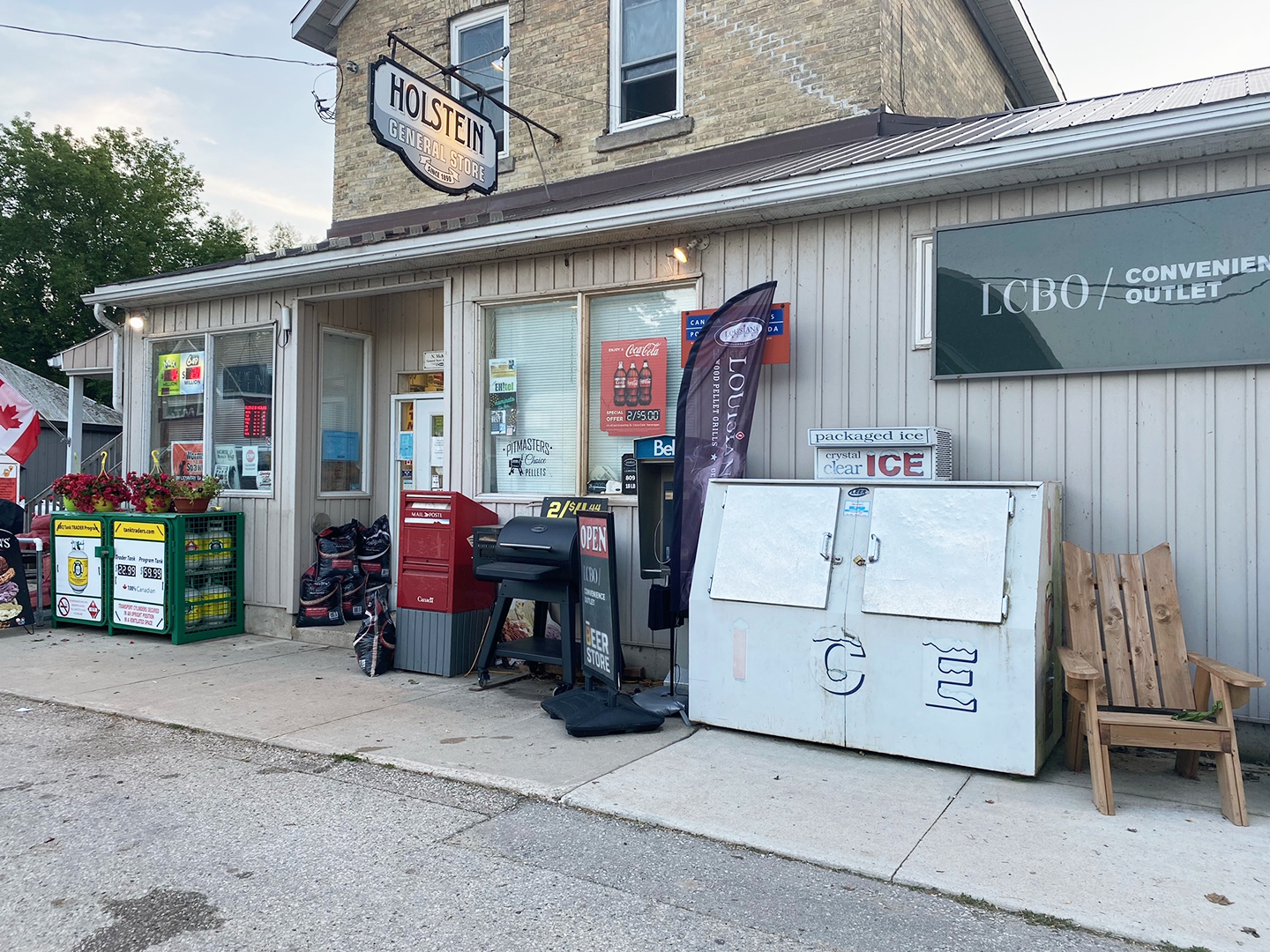 HOLSTEIN – Holstein General Store is celebrating its grand reopening on Aug. 14 from 4 to 8pm.

Co-owner Wayne Billings also encouraged attendees to bring their own instruments and “join in the fun” at the event, which has a rain date of Aug. 15.

While the store has been operating for over a century, this event is to celebrate with new owners Wayne and Lori Billings, who officially bought the store in March.

“I want people to know that we’re there,” said Wayne on the decision to hold a grand opening.

They were first introduced to the Holstein store when they went by to drop off some food products they sell in relation to their food truck, Spanky’s BBQ.

At the time they had no idea the place was for sale, but “we left wanting to buy the store,” said Wayne.

Lori added that a benefit of the store was it can still operate during non-essential closures – so during pandemic times, when their other businesses were being affected, owning the Holstein store was a great opportunity.

Also, the Billings were looking for a way to work more in the Mount Forest area, where they live, as Wayne had to commute regularly to the Fergus and Elora areas.

The Billings have helped out a lot in the area, catering events, participating in various projects, and donating money for a local splash pad.

“We help out wherever we can in the community,” said Wayne, adding that’s just what you do when your part of a community.

Wayne wanted to draw attention to Cowboy Up Unplugged, which is performing at event free of charge, noting “they’re just trying to help out businesses.”

Lori explained the Holstein General Store is a bit of a secret as “not a lot of people know what a gem Holstein is.”

She noted she often hears people complaining that a store in Mount Forest is closed, and they’re not aware the Holstein store is still open.

“It’s only 10 minutes outside of Mount Forest,” Lori added, noting the Holstein store is open 7am to 8pm daily.

“It’s a lot of little things in a little spot,” she said of the wide array of items the store features.