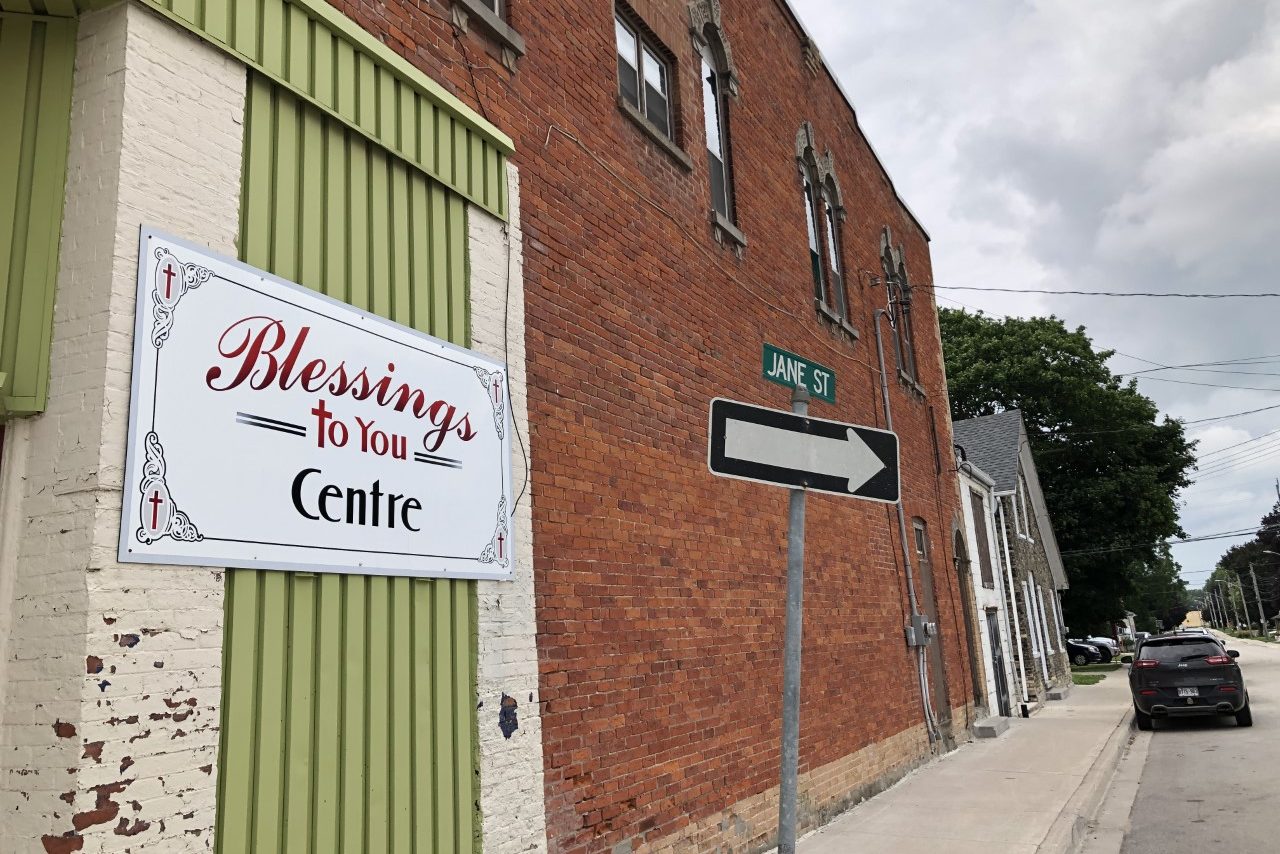 This wall at the Blessings to You Centre in Palmerston will be the new home for a series of historic murals formerly located on a building at 254 Main Street West. Photo by Patrick Raftis

PALMERSTON – The Town of Minto has approved a plan to bring some dormant local history back to life.

In 2015, the Palmerston Downtown Revitalization Committee coordinated the installation of historical image murals on the building at 254 Main St. W.

“Thankfully we had a new developer come along and totally improve that building,” noted treasurer Gordon Duff at the July 13 Minto council meeting.

However, part of the renovation effort involved resurfacing the wall containing the images, which were taken down and stored by Mark and Connie Robinson of the All Aboard Palmerston committee.

Duff said a suitable place to restore the images has been secured on the Jane Street side of the Blessings To You Centre.

“Basically, we’d like to put those murals back up again. The cost is roughly $1,500 and we really appreciate Mark and Connie for looking after them,” Duff told council.

“It’s nice that we get them up,” said Mayor George Bridge. “And that wall’s going to be nice coming in from the other side. That’s going to work.”

Council accepted a staff report on the project and authorized the execution of a mural agreement with the building owner.