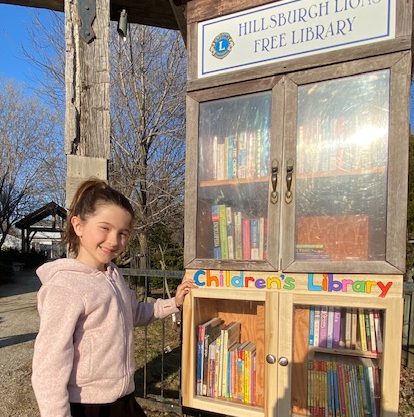 Matia Linkletter, 10, and her father Tom built this addition to the Lions’ Free Library in Hillsburgh. Submitted photo

At the urging of 10-year-old Matia Linkletter, a “children’s library” was added to the two-shelf bookcase that stands in the parkette on Main Street across from the grocery store.

The “little library” has been there for three or four years, and with Wellington County library closures a frequent occurrence in COVID times, this free library has had lots of use.

But Matia thought the existing structure had a poor selection of books suitable for children and even if that wasn’t the case, kids couldn’t reach the high shelves anyway.

“It was a combination of things,” Matia said in a phone interview on April 5.

“I had a lot of books to donate and so did my mother, who is a kindergarten teacher. I started to wonder why there wasn’t a little library for kids.”

So she and her dad Tom Linkletter contacted Erin county councillor Jeff Duncan, who steered them to the Hillsburgh Lions Club to see if they could add a children’s section.

Duncan also brought the idea to the Let’s Get Hillsburgh Growing  (LGHG) committee, which liked the idea so much it offered to contribute $75 to the project.

“We were quite surprised,” said Lloyd Turbitt, chair of LGHG. “Nobody thought kids would want to use the little library.

“But when the suggestion was made, we jumped right on it.”

With permission from the Hillsburgh Lions Club, Matia and her father took some measurements, figured out a design and started building.

They attached the children’s case to the post on April 5 and loaded it with their own donations.

Matia’s favourite book in the collection is Sophie Kinsella’s Mummy Fairy and Me.

Matia’s father said he and his wife like to encourage Matia when she comes up with ideas, and this was a really good one.

“The more experiences (kids) can have, the better they will be in life,” he said.

He noted he had some wood scraps in the garage and only needed to buy the hardware.

There is a Wellington County library branch in Hillsburgh that has become accessible again with the completion of the Station Street bridge.

But with COVID closures, and now school closures, Matia hopes her addition to the Lions’ little library will be well-used by children in the community.

“I know there are some good books in there,” she said. “I’ve read them all.” 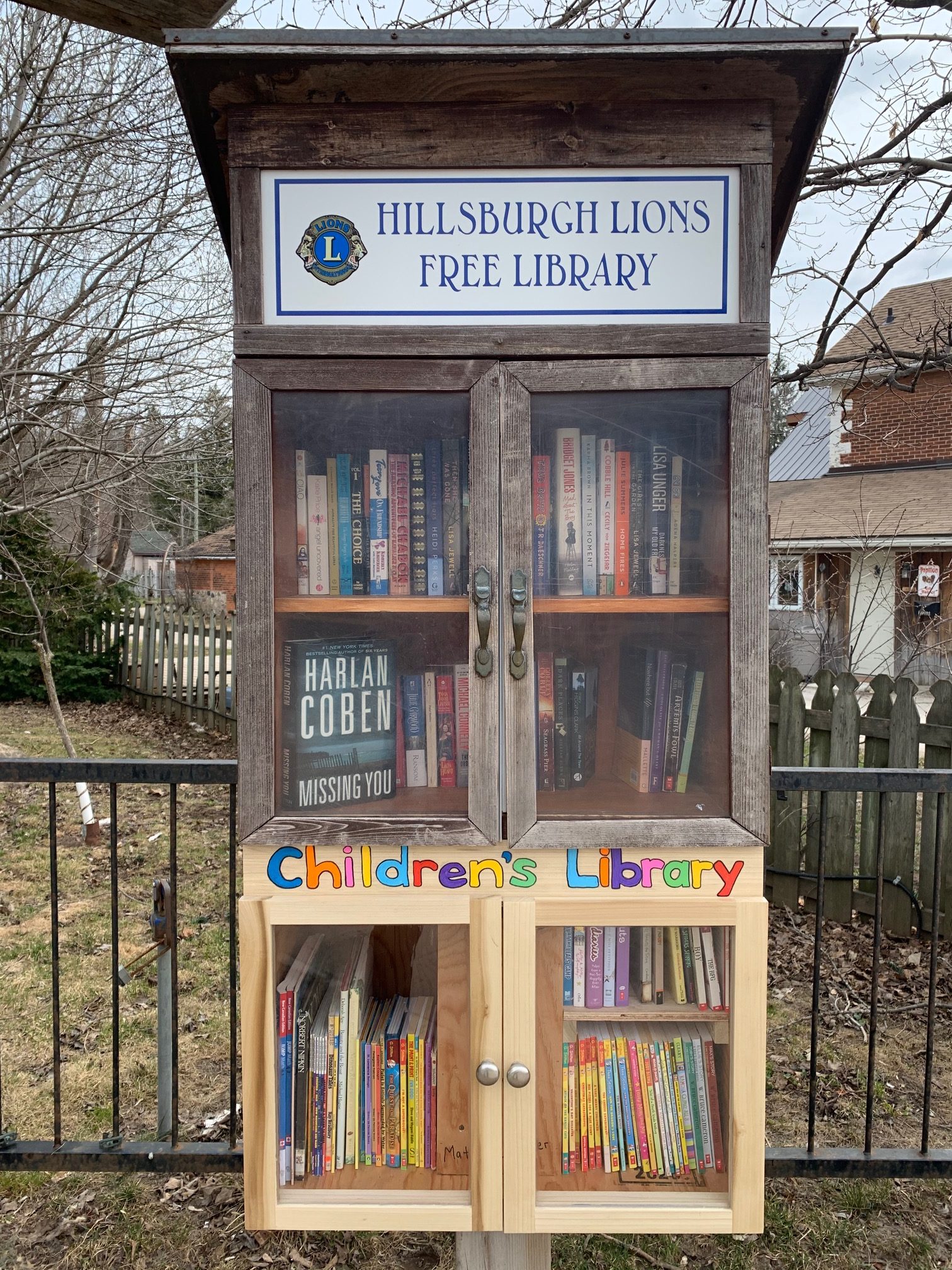 Books in the little library are free to use and book donations are always welcome. Submitted photo