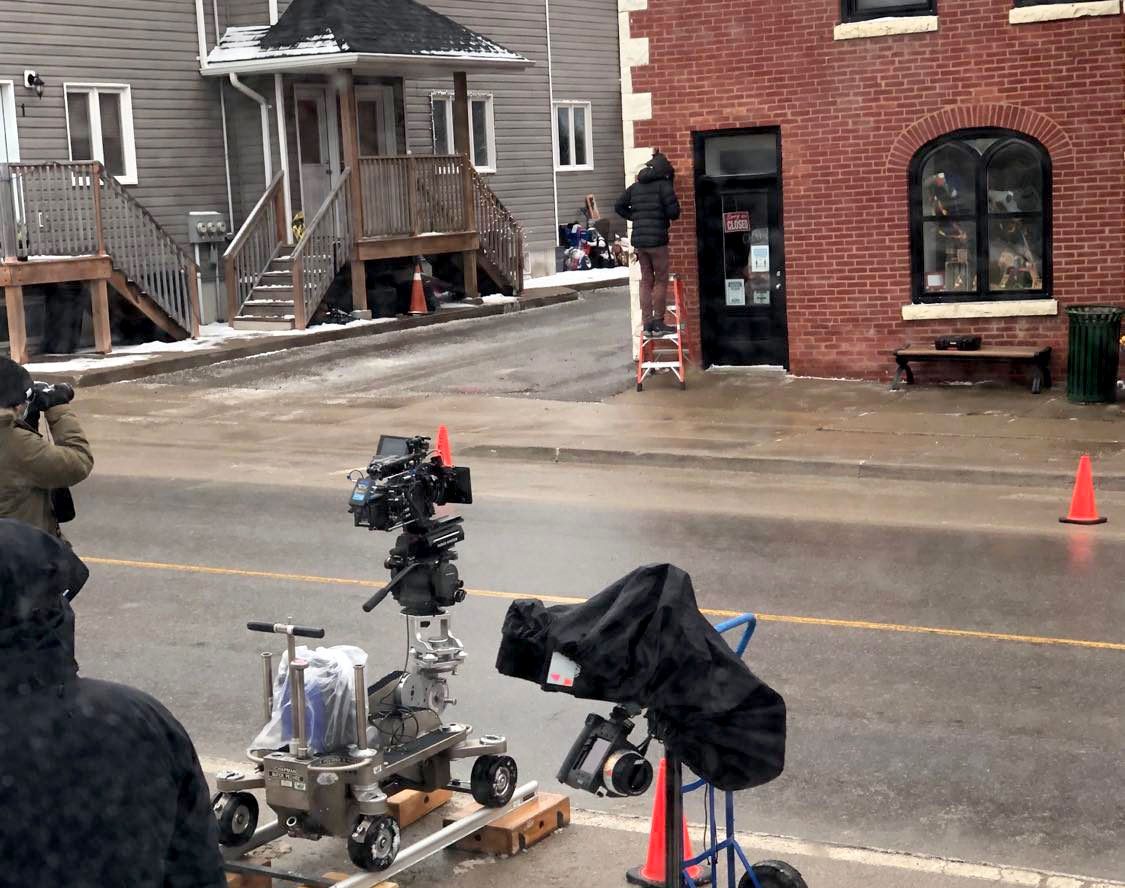 The filming of a Canada Post commercial takes place at Jess for you Café in Hillsburgh on Jan. 12. Submitted photo

HILLSBURGH – Jess Lacombe is no stranger to producers interested in using her business, Jess for you Café and Baked Goods, as a backdrop in movies and commercials.

But a commercial shoot on Jan. 12 was the first time one of those inquiries panned out.

The Trafalgar Road cafe turned toy store was the centre of attention for around 80 cast and crew for a Canada Post commercial scheduled to air this spring.

Lacombe surrendered her shop keys for the day and joined curious onlookers from across the road “like a nosey old neighbour” to watch the scene unfold, over and over again.

“Action” was called and the actors set into motion, Lacombe said. A truck would drive by, and actors in T-shirts would open the front door to her store and walk inside.

Lacombe said she didn’t have access to the shop during the shoot and was unable to speak to what exactly was going on inside. However, outside, any signs of winter were cleared away and the scene was made to appear as though springtime had arrived, complete with benches and planters.

Tents were set up around nearby community centre, cameras and large lighting equipment were set up in front of the shop.

Lacombe said the short scene was shot over and over again, with little adjustments made each time — something she didn’t find too surprising having a little front-of-camera experience herself.

Lacbome and her husband won a contest to be extras in an episode of the TV show Degrassi (they were cast as the parents of a graduating child) and scenes were shot over and over again in that situation, too.

Responding to questions from the Advertiser, Canada Post media staffer Hayley Magermans was unable to disclose much detail but said Hillsburgh was chosen for its “small size and rural attributes,” which lend well to the postal service’s rural presence being highlighted in the commercial.

After opening her store in the early morning, the shoot had wrapped up not too long after 6pm.

“My shop was just in the perfect building they were looking for,” said Lacombe, a baker and cook by trade. “It was cool getting to see it.”