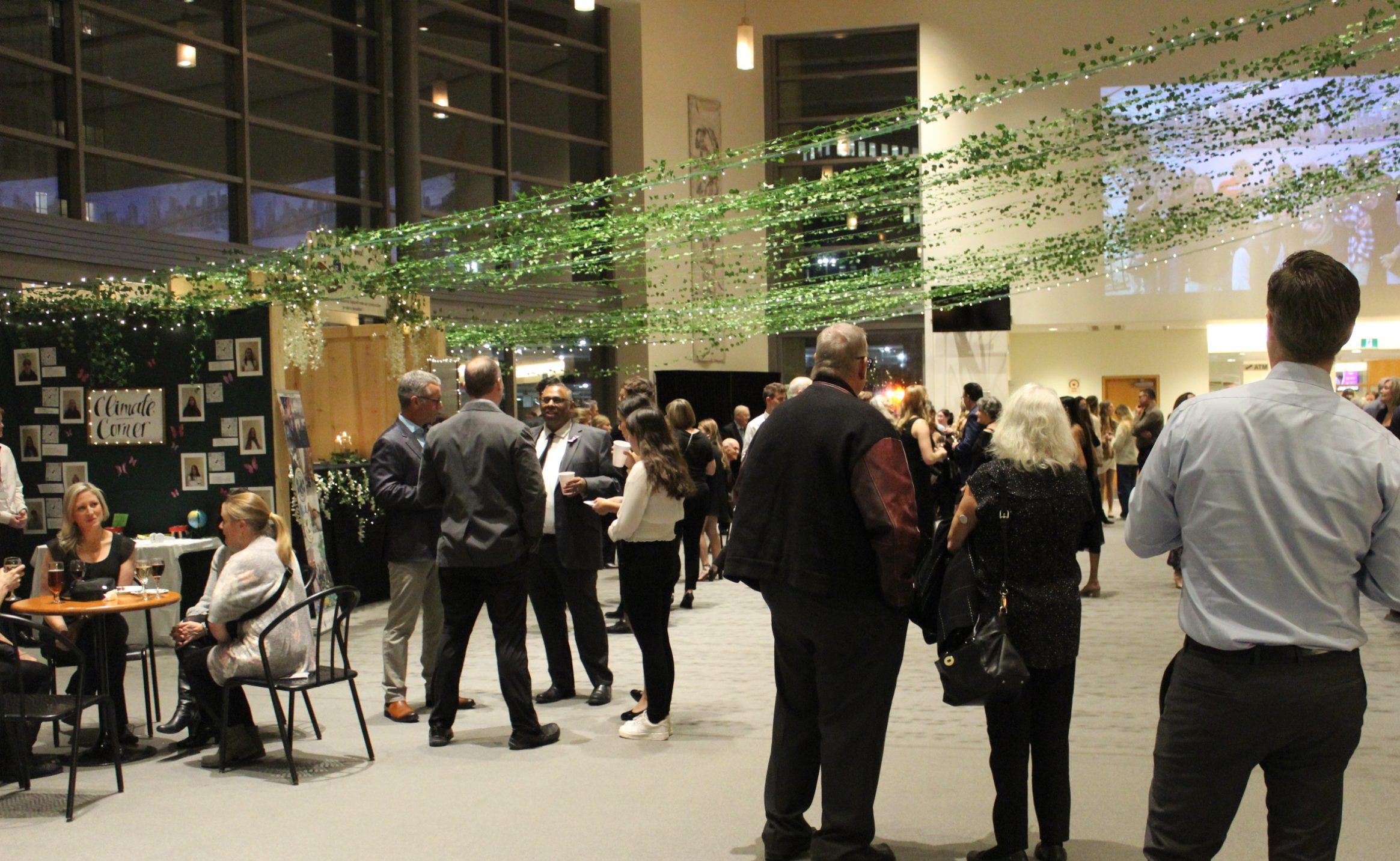 The River Run Centre in Guelph was decorated in an enchanted garden theme on Jan. 21 for the Beyond Borders Imagine Charity Gala.
Photo by Robin George

GUELPH – Grade 12 students in the Beyond Borders business leadership program raised a whopping $121,000 at their Imagine Charity Gala on Saturday night.

The Jan. 21 event drew a large crowd to the River Run Centre.

In the lobby, which was decorated as an enchanted garden, guests enjoyed appetizers and drinks to the sound of live harp music.

In another room they browsed through silent auction items ranging from hockey tickets to beauty products.

After working hard to organize the event for the past six weeks, student Avery Sukhdeo said she felt “strangely calm to watch it all come together.

“It’s pretty cool what my classmates have done.”

The event was emceed by students Thomas Szabo and Kya Mason-Wetherill and included musical performances from Shane Phillips from Fergus and Lauren Roy from Elora.

Roy shared her story of how Beyond Borders students helped make it possible for her twins to survive a high-risk pregnancy thanks to medical care provided by Mount Sinai Hospital, a charity the gala supported five years ago.

Roy said in the 11 years since the program launched, Beyond Borders students have raised over $500,000 for charities of their choice.

Throughout the evening eight Beyond Borders students came to the stage to share what an impact the program had on their life. 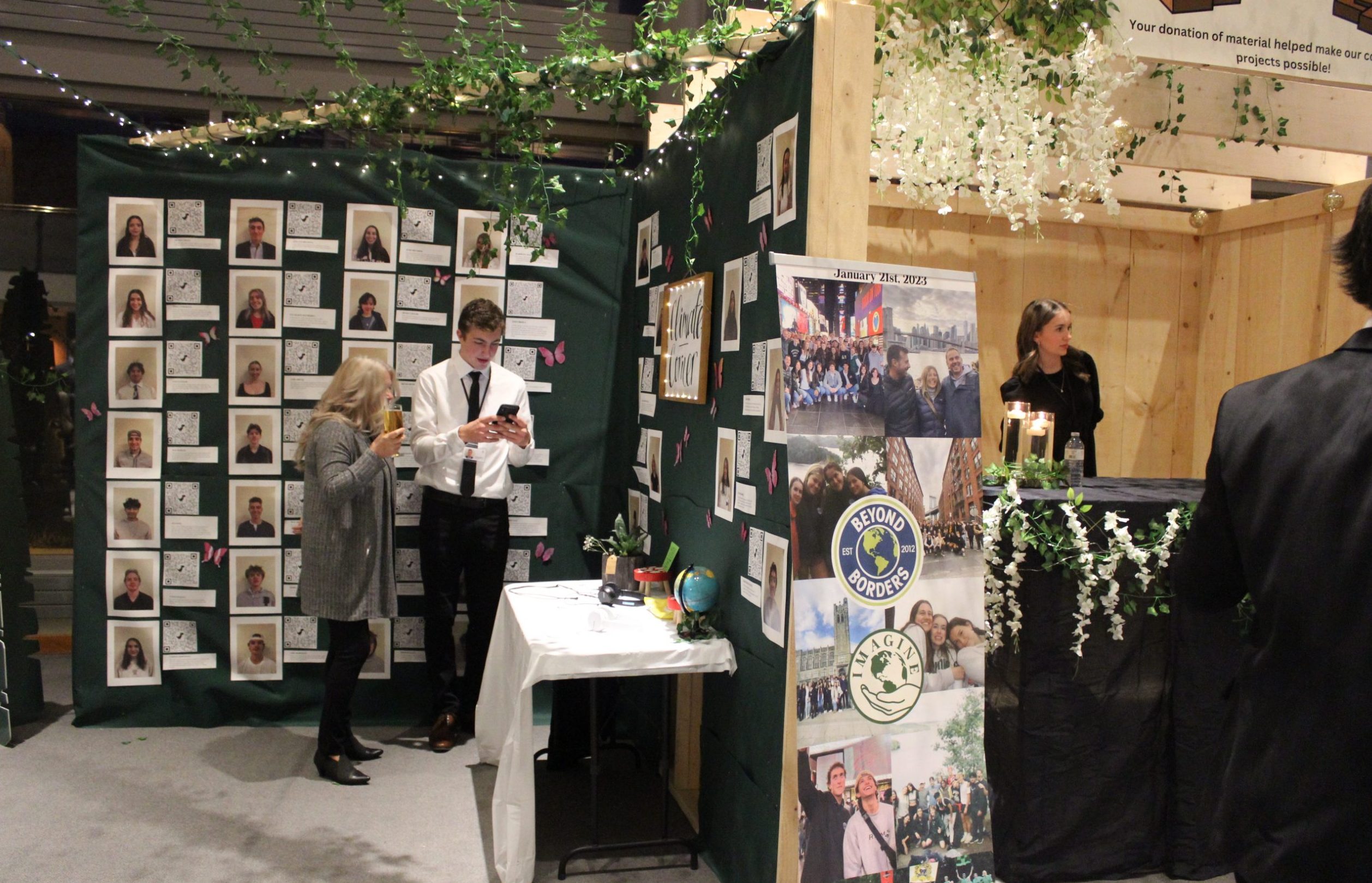 Grade 12 students from the Upper Grand and Wellington Catholic district school boards raised $121,000 at the Beyond Borders Imagine Charity Gala on Jan. 21 at the River Run Centre in Guelph. Photo by Robin George

Sarah Conroy said she is “leaving Beyond Borders more confident, knowing my career plan, and most importantly, much happier.”

Porter Oakland said he experienced “new highs and lows and a new appreciation of the world around me.

“Beyond Borders is more than just a program, it is a mindset” he said, which allowed him to “immerse myself in real life experiences” and “understand and connect with my education.” 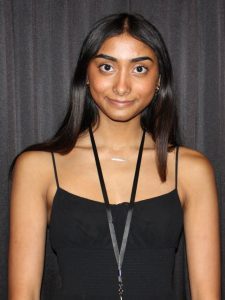 Before the rehearsal Sukhdeo said she had “never sang in front of anyone, not even my family.”

While Sukhdeo sang, the Beyond Borders students gathered on stage with their arms around each other. They continued to hold one another while they concluded the night by revealing the estimated total raised: $121,000.

Though short of their $150,000 goal, the total is an impressive amount and students and attendees cheered loudly as the Grade 12s jumped up and down and hugged one another to celebrate the news.